Careful Where You Flyer! 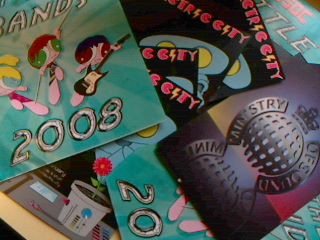 Student promoters go around with bags of flyers and they don’t seem to give a blast where they leave them.

Our Hurst flat is small. Whoever needs to go to the loo, passes by the front door. I find a bunch of pizza flyers half sticking through the letter box. Annoyed I pick them up. When, a half hour later, I open the door for some friends, there’s another pile of wet, sticky flyers. Union events, Battle of the bands, One World Week. All in six-fold of course. They lie on the table for a while until someone throws them away. On the way out to classes the next morning, I also find flyers all over the lawn of Hurst residences.

To me this seems the most wasteful and pointless thing. If the Student’s Union and its Societies were really committed to reducing the paper waste and making sure the campus stays fresh, they would simply leave a flyer – maybe two – in our tiny kitchen, and no worry, all of us will see it all right.

For the moment, I’ll just pick up the leaflets from the grass that a doubly left-handed street team incapable failed to place inside our letter box, unable to believe that those green words are more than mere words.