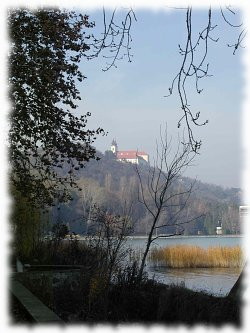 Quite a few like music festivals, and travelling in Eastern Europe has also become hip these days. Thus I thought the following might be of interest to some of you.

I received the press release from Sziget Cultural Management, a culture enterprise more widely known for the organisation of Sziget Festival in Budapest, each year in August on an island in the middle of the Danube.

They write: “First the market of ‘normal’ festivals is almost full in the region, but the interest in higher quality events is growing year by year. People are looking for events with better quality services and higher comfort standards. The location of BALATON SOUND is the perfect base for such standards: a beautiful green coast at Zamárdi with a sensational panorama of the Tihany peninsula.”

The festival, to be held between 12 and 15 July, boasts a nice list of international top acts, some less known than others but mostly good for a pleasant surprise. Among them are Basement Jaxx, Kruder&Dorfmeister, Saian Supa Crew, Nouvelle Vague, Junky XL. To name but a few. Also expected may be a number of high-quality, original and innovative Hungarian bands, among them Yonderboi’s former house band Zagar.

The festivals price is also a pleasant surprise. A four-day ticket for 58 euros can be mentioned among the festival’s advantages. As well the location, on lake Balaton’s tranquil shores (see photo). I am thinking: poor locals.

In any case, maybe this is something for you, if you were looking into going to Hungary anyway?