As human beings we tend to socialise, live and interact within groups. And this applies to the business world within organisations where people’s belonging need to a group is so crucial and important.

Elton Mayo’s famous studies in the industrial sector (Hawthorne Experiment) showed the strong impact of informal groups within organisations on the behaviours and the motivations of those workers in their groups. Those social needs and informational relations could play a big role in sharing information and knowledge.

I am highlighting the importance of this kind of network because I think people most of their times spend communicating with their colleagues, customers and their bosses through informal communication channels more than using the formal ones. And therefore informal networks are likely to play a significant role in which ideas and knowledge is shared between employees at all levels of the organisation.

Organisations have to use a combination of informal and formal techniques to ensure that information and knowledge are shared effectively between individuals. This proportion might differ from one organisation to another depending on their culture and leadership and managerial style. However companies have to understand how those informal networks play a big effect on sharing knowledge and information, because this will provide a better understanding of how they could be manipulated and implemented. 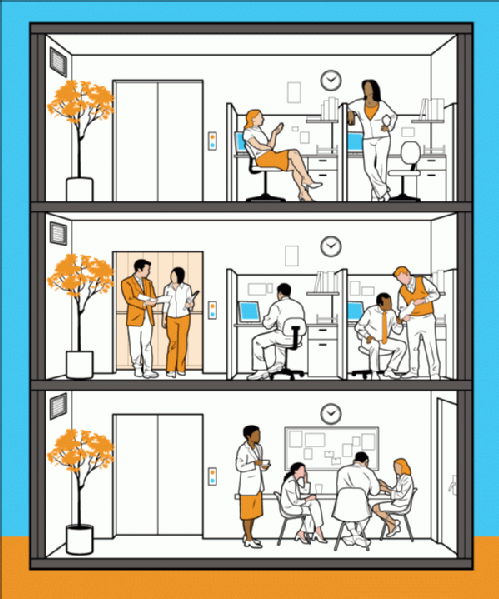