“Its been a while since I blogged on here” is this or something similar the most common opening line to blogs? Well this is true for me.

As the title says, I have started a new project here at the University of Warwick, moving away from my WMCCM project. WMCCM was concerned about helping small business with eBusiness adoption and very successful I think at it. 6,000 SMEs online etc etc

However, things move on and new challenges and a change can only be a good thing.

The Warwick Digital Laboratory (WDL) or Digi Lab is a new new significant programme for the University of Warwick led by WMG. Whereas WMCCM was about eBusiness, the Digi Lab is about eBusiness plus nine other areas of specialist digital technologies. A bit from our standard material:

“The Warwick Digital Lab is a £50 Million pound initiative to facilitate major collaborative research opportunities, create effective knowledge transfer between academia and industry and generate new knowledge and skills with an impact on business, society and the economy”

So its very busy around here ahead of the offical opening of the project and the ramp up of the SME programme which I am the Head. We move into the new building on the 7th July 2008.

One of the initial things are doing is building a full web 2.0 website (whatever that means) for the Digi Lab and a tender will be released soon. So watch this space!

Social Networking and the demise of myspace??

I don’t really get myspace, its too gimmicky, full of content that I cant really view at work and don’t want to see at home.

However as a business model myspace works, their traffic is admirable, their user base phenomenal especially considering the number of with click throughs to paid sites they get.

Different social networking websites fit different age groups and demographics. Bebo the young, myspace teens to twenties, facebook university to mid thirties (although this is moving quickly to older age groups with the risk of making it uncool to their original young user base) and LinkedIn / Ecademy post-university professionals wanting to do business.

There is a need to continue to be a space for different social networking sites to meet the requirements of demographics as there is no individual model that currently fits across all segments.

According the FT, Rupert Murdock (the owner of myspace) is concerned that he is loosing much of the growth in social networking websites to facebook. This simply the late adopters (the over 24’s) coming on board the social network bandwagon after the yoof (early adopters, under 24’s) came to myspace in their droves…

Applications of the Google maps API seem to being getting more better and more varied: 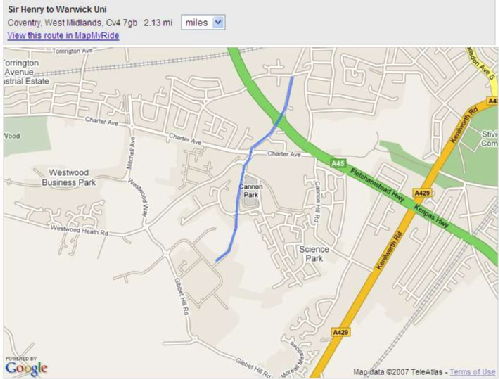 Another month, where have i been?

Well, no where “new” but here is where i have been already, doesn’t look much does it? 42 countries apparently and long way to go until I reach the magic 100.

Time goes fast, never slows down especially when you think it will… Its been an age since i last attempted to update the kramblog, in mid January in the Mauritanian capital of Nouakchott.

I was planning to put down a few thoughts / observations about my current trip to India for the Sixth Commonwealth-India Small Business Competitiveness Development Programme for SMEs. My intrepid leader kindly suggested that I should go on his behalf. And I have learnt so much during the last week, hopefully sowed the seeds for future continued work the CCM project and made new friends from all over the commonwealth. So thanks for the opportunity JB.

That reminds me, the last week has been an continued round of “vote of thanks”, praises, thank yous, welcomes, goodbyes, thanks so much of the opportunities, extended gratitudes, appreciations… Speech after speech including Dr Kram doing impromptu TV interviews and addresses in front of 200+ people including a sea of “hungry” Indian press reporters. Whenever we thought that the speeches were done for the day, a new whole series of 24 started up again. Having said that, we were so well treated by our hosts, like true kings.

There is so much to cover over the last week during the Commonwealth-India Small Business Competitiveness Development Programme and I am ready rambling on. From the commonwealth secretariat website:

Theme: SMEs – An engine for Poverty Alleviation, Employment Generation and Export Development The Sixth Commonwealth-India Small Business Competitiveness Development Programme (CW-India Programme) is an institutional capacity building programme being conducted by the Secretariat’s Special Advisory Services Division in partnership with the Coir Board (Ministry of Agro & Rural Industries, Government of India) and Export-Import Bank of India. The overall focus of the CW-India Programme is to promote sustainable competitive small business/SME development across Commonwealth countries, with a skew towards learning from the Indian experience.

So here is a brief list of what went on, observed etc:

Time has gone again, and AK is here to take me on a tour around Dubai, until later whenever that is? 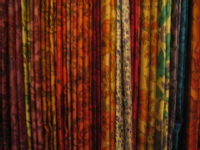 At Lere, Mali with Ian & Sam, Nathan & Frank, Ray & John, Anna & Filip, waiting for visas to be sorted again! Aim to be in Timbuktu by Sunday night.