A Duck, For Mr Darwin

A Duck for Mr. Darwin is a group exhibition of nine contemporary artists exploring evolutionary thinking and the theory of natural selection.

Transforming the Mead Gallery at Warwick Arts Centre from 8 Oct – 9 Dec the exhibition will feature sculpture, drawing, painting, film and installation. Focusing on the legacy of Charles Darwin’s ideas, A Duck for Mr Darwin is informed by the spirit of experimentation which was so distinctive to the time in which he lived.

Tickets for the full line up of live events for the Autumn/Winter season at the Arts Centre are now on sale. 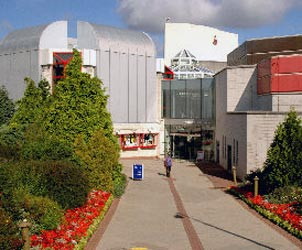 The Music Centre have released their free lunchtime concerts programme for the summer term. All the concerts are free and open to all. This production promises to be visually stunning, anarchic and intoxicating.

"If theatre were a box of chocolates, then this would be the champagne truffle in a dark chocolate robe." The Guardian

A new production coming to the Arts Centre in February from Kneehigh Theartre, "dangerous, naughty and irresistible, Don John is a vessel for all our desires"

Kneehigh are a driving force in contemporary British theatre. Their joyous, compelling and physical storytelling has entranced audiences throughout the UK with productions including Tristan And Yseult, Nights At The Circus, Rapunzel and Cymbeline.