As institutions rooted in their communities, they draw visitors, businesses and investment to their cities and regions and act as anchors for skills and enterprise. A high-tech cluster is a rare phenomenon, but every ten international university students in the UK support six local jobs.

Higher education alone is one of the UK’s largest export earners, at over £8 billion a year, and has the potential to more than double in value by 2025. Research and innovation, the key drivers of long term productivity, are already inherently global. Universities are central to attracting and retaining globally mobile investment (and 23 per cent of UK R&D is from abroad, more than any large economy). Just as importantly, they attract and network global talent. Students considering their prospects in an increasingly globalised labour market are realising that future employers will expect the cultural agility to communicate and work with members of a cosmopolitan team, so offering outbound international experience will be important to attracting domestic students and creating global employable graduates.

The UK higher education sector’s leading position, second in the world as a study destination and for research quality, is an asset for one country that brings economic benefits around the world; improving employment rates and wages for returning graduates, assisting international development and building the capacity of emerging powers. Sharing a home with international universities gives business access to talent and new knowledge, the capacity to absorb innovation from elsewhere and the contacts to trade. The government scholarship schemes launched by fast-growing nations show that higher education mobility is an investment priority of the innovation economies of the future.

Universities’ links with other academics, industry or policy makers are often the leading edge of wider international collaboration. Indeed, the World Wide Web itself had its origins in improving international research collaboration. Links between universities and business are vital, growing and global, but the largest and most transformative economic impacts from higher education come precisely because the core mission of universities is to create and impart knowledge. This essential mission creates relationships of trust that can endure short-term market fluctuations, and innovate far ahead of a market application.

An avalanche is coming – higher education and the revolution ahead 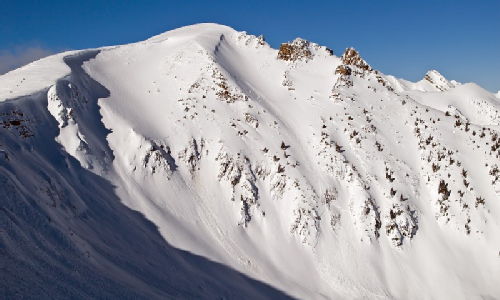 In the path of an avalanche: Columbia-Shuswap, British Columbia, CA
Image c/o DCZwick

The twenty-first century is presenting unprecedented challenges at a global scale. The threat of climate change is deepening, the income gap is widening, tensions in international relations are rising and weapons of mass destruction are ubiquitous.

Meanwhile, economic activity is moving rapidly eastward and existing global leadership is being called into question. While many debate whether this will be an ‘Asian’ or ‘Pacific’ century, I take this as a point of departure. After 350 years of Atlantic leadership of the global economy, we will see the Pacific rise. At the very least, Asia will share in global leadership.

This shift in power is inevitable, but it is not yet fully realized. Today, Western powers are lagging and growth remains slow, but the Asian countries have not yet emerged as true global leaders. In other words, we have a world with immense problems without clear global leadership.

This leaves a number of critical open questions: What kind of leadership will the twenty-first century require? To what extent is the Pacific region ready to provide this leadership? What are the implications of the answers to these questions for public policy in Pacific Asia and for education systems in particular? And what are the implications for the G8 education leaders represented here?

My answer to these questions emphasises the importance of innovation. Innovation drives economic influence; economic influence underpins global leadership; and global leadership requires innovation to solve the many problems facing humanity in the next half century. If this is correct, and innovation is the key, then even the best education systems in the world need to radically rethink what they offer every student. This is true regardless of geography.

Leadership
This philosophy of everyone as an entrepreneur and innovator is not what underpins education anywhere in the world today. Any country that wants to provide global leadership needs to undertake a radical transformation of their education systems. Innovation needs to be at the heart of any successful secondary or higher education system.

Although this is a substantial challenge, the responsibility of our education systems and institutions is to prepare present and future generations to seize the opportunities of the twenty-first century and overcome its many challenges. The accelerating pace of change suggests that with clear leadership there could be an ever better future ahead.

My belief is that deep, radical and urgent transformation is required in higher education as much as it is in school systems. My fear is that, perhaps as a result of complacency, caution or anxiety, or a combination of all three, the pace of change is too slow and the nature of change too incremental.

I agree with David Puttnam who argued, in a speech at the Massachusetts Institute of Technology (MIT) in June 2012, that:

"[I]t’s ... tragic because, by my reading, should we fail to radically change our approach to education, the same cohort we’re attempting to 'protect' could find that their entire future is scuttled by our timidity."

We need – as the London 2012 Olympics promised – an inspired generation, all of whom are well-educated and some of whom are able to provide the bold, sophisticated leadership that the twenty-first century demands. We need citizens ready to take personal responsibility both for themselves and for the world around them: citizens who have, and seize, the opportunity to learn and relearn throughout their lives. We need citizens who are ready and able to take their knowledge of the best that has been thought and said and done and apply it to the problems of the present and the future.

Traditional
This surely should be the mission of universities. However, traditional twentieth universities are not meeting this high bar. Simultaneously, the ubiquity of information, the rising value placed on practical learning, and the increased willingness to consider alternative certifications has begun to weaken university walls. When faced with the rising cost of a university education and the decreasing value one is forced to ask: What is the future role of the university?

This poses a real threat to institutions that don’t change radically, as well as huge opportunities to those that choose to respond rapidly. I liken this to an avalanche. The one certainty for anyone in the path of an avalanche is that standing still is not an option. Indeed, it is a classic error of strategy to calculate the risks of action but fail to calculate the (often greater) risks of doing nothing.

There is by no means one certain way forward from here. Instead, what we will probably see is a diverse range of experiments, some of which will work and some of which won’t. I can imagine some universities succeeding by attracting only elite students, such as Harvard today, while others radically rethink their approach and open education to the masses, perhaps through a platform like Coursera. The central message to leaders of universities and those who shape and regulate education is, in the words of the old hymn, to ‘ponder anew’.

The certainties of the past are no longer certainties. The models of higher education that marched triumphantly across the globe in the second half of the twentieth century are insufficient for the future. Just as globalisation and technology have transformed other huge sectors of the economy in the past 20 years, in the next 20 years universities face transformation. In An Avalanche is Coming my colleagues and I aim to provoke creative dialogue and challenge complacency.

There is an abundance of innovation in education. We are on the brink of a brave new world of learning. I hope to encourage all those responsible for universities to consider their options creatively.

Sir Michael Barber is a leading authority on education systems and education reform. Over the past two decades his research and advisory work has focused on school improvement, standards and performance; system-wide reform; effective implementation; access, success and funding in higher education; and access and quality in schools in developing countries.

Prior to Pearson, he was a Partner at McKinsey & Company and Head of McKinsey’s global education practice. He co-authored two major McKinsey education reports: How the world’s most improved school systems keep getting better (2010) and How the world’s best-performing schools come out on top (2007). He is also Distinguished Visiting Fellow at the Harvard Graduate School of Education and holds an honorary doctorate from the University of Exeter.

He previously served the UK government as Head of the Prime Minister’s Delivery Unit (from 2001-2005) and as Chief Adviser to the Secretary of State for Education on School Standards (from 1997-2001). Before joining government he was a professor at the Institute of Education at the University of London. He is the author of several books including Instruction to Deliver; The Learning Game: Arguments for an Education Revolution and How to do the Impossible: a Guide for Politicians with a Passion for Education.