The Future of Universities

What’s next for universities? With the sector diversifying into online learning, not to mention the many varied opportunities offered by further and higher education colleges, it’s become harder to say what a university will look like in the future. In March 2013, leading academics and experts, organisations, and international student leaders at Warwick Universities Summit 2013 tackled the issue of universities in 2025. Speakers from across the sector discussed topics such as funding and widening access, and what the value of the global public university should be in a rapidly developing world.

This month, leading academics and experts, organisations, and international student leaders at Warwick Universities Summit 2013 tackled the issue of universities in 2025. Speakers from across the sector discussed topics such as funding and widening access, and what the value of the global public university should be in a rapidly developing world. Here, Alex Bols is interviewed by Alex Miles from the University of Warwick. 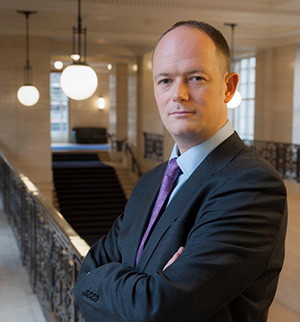 Three Questions for...
Alex Bols, Director of the 1994 Group

Alex Miles: My first question is in relation to the article written by Peter Scott last week [in which he said] mission groups are a divisive presence in the sector. To what extent do you think students identify mission groups as brands?

Alex Bols: One of the things that I spoke about at the Warwick Universities Summit is the increasing diversification of higher education - both in terms of provision and providers. Forty years ago when six per cent of the population went to a handful of universities it was relatively easy to say we know what a university is and what its purpose is. Now there are 167 universities, several hundred other institutions – including many private providers and further education colleges - offering higher education, as well as the recent wave of new universities – it is getting increasingly difficult to have a single answer to that question. In particular for those applying to university it is much harder to know what the experience will be like and so the provision of information becomes ever more important.

I think in this context missions groups can be a useful descriptor for different parts of the Higher Education sector. So it can help it to be more understandable to prospective students. Now, in terms of prospective students, the challenge is that most people don’t know most of the mission groups – so it doesn’t really work in that way yet – but it could in the future. Mission groups are also useful in policy making terms. With such a diverse sector it is important to have groups thinking about the unintended consequences of policy on different parts of the sector and how it all fits together.

AM: A recent report by McKinsey posits that in five years’ time there will be a deficit of 40 million graduate high-level jobs. How does this reconcile with a current perception of the depression in graduate jobs in the Western World, and how does the 1994 Group think it will address this future surge in demand?

AB: There are so many issues there, wrapped up in that one question. I think one aspect of that is clearly the concern around having the higher-level skills beyond simply the undergraduate level. And one of the things that the 1994 Group has been campaigning on particularly in the last year/18 months, is actually ensuring that postgraduate taught systems are more accessible to the full diversity of the student population, and particularly, looking as this year, the first students [who] will be paying £9,000 for undergraduate fees, will, within 18 months’ time, be thinking about which Masters they’re studying and we potentially have a ticking time-bomb on the horizon. That’s one aspect.

The second aspect, in terms of graduate jobs more generally, I suppose, is that it feels as though there is a real need for high-skill jobs in the economy. There are probably more low-skilled jobs, more manual jobs, but there’s been almost a hollowing-out of the mid-level skill jobs so it feels like there’s almost an hourglass effect. So actually it’s sometimes very easy to [say] “Oh there’s not enough graduate employment” – I think that’s mainly reflective of the economic situation that we’re in, that fact that graduates are still significantly more employable than people who don’t have high education qualifications. And actually if you look at the economy over the last ten years, the vast majority of new jobs being created are actually in graduate-type jobs.

AM: Finally, if you could ask the G8 to do one thing - make one commitment - bearing in mind that this year’s summit is focusing on free trade, what would that one thing be?

AB: I think, for me, the key question, in the clichéd term, is the “grand challenges”. There are a number of massive issues that affect the world as a whole - climate change, food and water security - a whole range of issues which cannot be solved by any one university, any one country. What I think we should be looking at, at the G8 level (and probably G20 and indeed, beyond) is how are we able to ensure that collaboration to tackle the major issues affecting the world for the next 50 years? How are they able to facilitate that investment in research, the collaboration across our best universities and across countries? How are we able to ensure that that investment in research will mean we are going to be able to tackle key questions – the key challenges of the future?