Jeremy Smith has been blogging about his work at CASE a great deal over the last 6/7 months. It's great to read about someone in quite a similar situation to us here at Warwick. He's been working on blogs, single sign on, wikis and just generally thinking about the future of web services and development of systems for universities.

The Benefits of Single Sign On is his most recent article where he sums up quite nicely what is so great about SSO.

Speaking of which…we are very close now. With other distractions, I've not been able to dedicate 100% of my time to SSO over the last couple of months, but the end is near.

One big lesson learnt of the last few months…SSL is not your friend. Doing lots and lots of signing and encrypting XML, mutual SSL authentication and the like is a right royal pain. However, I have finally beaten it into submission and we are now looking pretty ready. There is of course lots of testing still to be done, testing out the conversion of systems from the old SSO to the new SSO (they don't have to be all changed at once, the new system is compatible with the old one, but the new SSO is a hell of a lot better in many ways), load testing and just general checking of my sanity.

The slightly depressing thing is actually that the average user will not really notice a huge difference in the way things work once we roll out the new system. The single biggest difference will be that you will get a full screen to login with rather than a little popup window in the future. But apart from that, the biggest changes are in the background.

For a lot of people though an advantage will be getting rid of your old Athens login/password. During the next academic year, more or less anyone with a Warwick username/password will be able to login to Athens resources with just that set of credentials just like they would into any other SSO protected resource at Warwick (SiteBuilder, Forums, Blogs, etc…).

It's amazing how things have really come together over the last few days. We've now got about 1.25 tonnes of gravel down on the left hand side of the garden and with a bit of luck I'll get the rest down on the right hand side tomorrow. It feels so close now. Unfortunately there is still the path to go all the way around the garden, which is yet another 60 slabs. 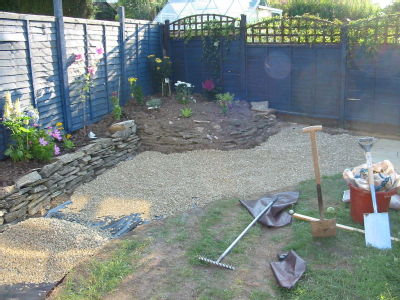 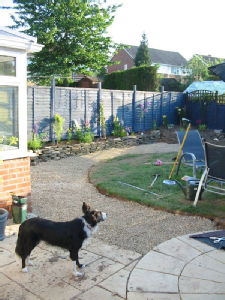 Follow-up to Patio is down! from Kieran's blog

Two more days work on the garden this weekend. First task on Saturday was to buy a shed load of plants and start getting them into the rockery and wall.
With Steph's mum helping out, we bought 50 plants and she and Steph got 30 of them planted that day… 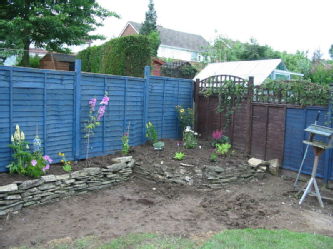 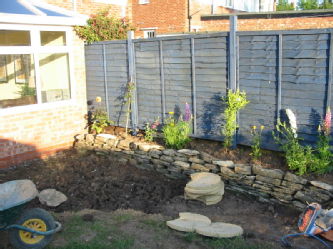 Second job of the weekend was to get more digging done and get the top semi-circular patio laid. With Barry's help on Sunday, we flew through it and got it down in a matter of hours. 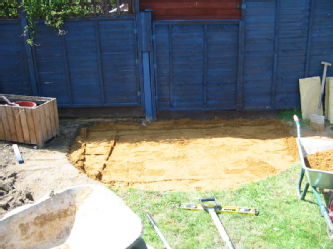 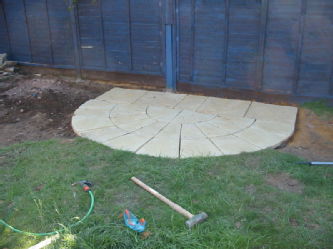 What isn't shown is a whole load more digging, meaning that yet again we've filling another bloody skip :(

It is feeling good though, it's really taking shape now :)

John found a great new javascript API for doing visual effects. It looks like a really easy to use and integrate library that is nice and cross-platform compatible. Some of the effects are great, but what makes it so nice is that it is all in one place. You could quite often get these effects before, but they were poorly maintained or hard to use. Hopefully you'll start seeing some more interesting interfaces coming out of E-Lab in the coming months.

Follow-up to Finished dry laying the patio from Kieran's blog

So, after huge amounts of prep work, we finally got down to actually laying the patio on Sunday. The plan was that we'd have Saturday off and we'd lay the patio on Sunday because it was meant to be a bit cooler…how wrong were we (or rather the Met. Office).

Starting at about 10:00 and finishing at 20:00, it was a tough 10 hours in the sun…but we did it. As usual, Barry and Steph's Dad came over to help out and with one person using the cement mixer and two of us actually laying slabs, we managed to get it all done. I'm fairly happy with the finish, but some of the gaps between the slabs are uneven because the damn things are uneven sizes…but once the gaps are pointed, you shouldn't notice.

Numbers for the day: 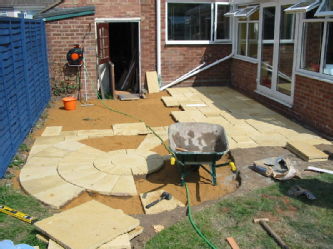 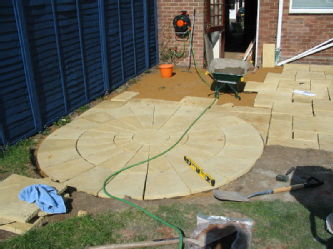 Follow-up to More and more digging from Kieran's blog

I've not had a chance to do much work on the garden after work this week as I've been busy. However, this evening I managed to dry lay the rest of the patio to see if it fits…and it does! 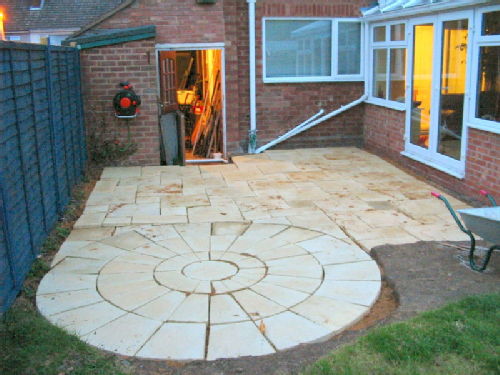 Now I need to lift all those slabs up again and re-compact down the sand with a compactor I need to hire this weekend. Then, this weekend I'll get a cement mixer and start properly laying the patio…yay!

This is an email I wrote to be passed on to Hospitality earlier this afternoon…I'm not angry…noooooo. I hate having to write stuff like this, I'm just not very good at it, but these things have to be said.

I was hoping you could pass on my concerns about the announcement that the Westwood Restaurant is going to close.

We've been told for years that the facilities at Westwood would improve and all we've seen is the closure of a swimming pool and the closure of the only place to eat…this does not sound like progress to me.

Registrar, Jon Baldwin, says: "We recognise that people will be disappointed but hope that University members understand the need for Warwick Hospitality to generate continuing surpluses for the benefit of the University."

This has got to be the most inconsiderate and insulting way to announce the closure of an important facility for lots of people. Is it really true that every service has to make a profit to be kept open? As I understand it, the small CostCutter also operates at a loss, will this close. I'm fairly sure the sports centre is pretty expensive to run…close it down! Surely it can not just be about the money, what about the welfare of the staff and students at Westwood?

It appears that there was no consultation with the staff of Westwood, not even the heads of the departments based over here. There is also no explanation about whether there has been any alternatives considered to a flat out closure in 10 days time. What about just down-sizing the operation or changing the range of food/drink offered? There is also no indication as to the use of the building in the future.

We've always had a rough time of it from Warwick Hospitality over the years, not just Westwood, but all staff and students who want something to eat out of term time. I still find it stunning that they are unable to operate a system where staff/students and conference guests can share the use of the catering facilities at Westwood and main campus during the holidays. It is clear what the priorities over at Hospitality are…money, money, money.

Thank you for your time

Follow-up to Hi ho, hi ho…it's off to work I go from Kieran's blog

It's been a tough weekend of digging, but things are progressing nicely. 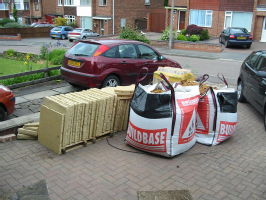 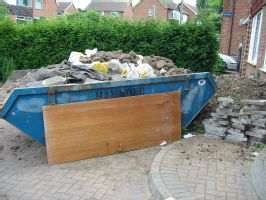 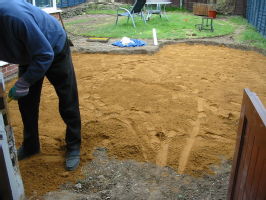 A little something for you finalists

MAKE MONEY FAST!! A MILLION IN A WEEK!

Well, not quite, but…

Marshall Brain, a serial entrepreneur who most recently made a whole bunch of money from his website HowStuffWorks has written a great presentation that he gave to 200 students at Duke University and has put up on the web.

Sad to say that I'll probably never have the guts to take the risk of starting a business myself…but you never know.

What you can do with a little imagination The kid in me really wishes I was in Nantes on that day.

Residents of Nantes, France woke to a space capsule crashed into a smoking pile of rubble in the central square of the city. Later that day, a giant animatronic elephant and entourage of the Sultan paraded into town to visit the mayor.

Have a read of this article on idfuel.com, great stuff.