. Is it possible to determine whether the ancient vase paintings are depictions of theatrical performances, or of the myths upon which the plays are also based? 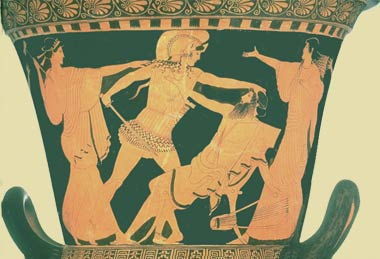