The day Mr Bear broke up with his girlfriend

Today, Mr Bear and his girlfriend broke up. He's feeling more than little under the weather. To try and make himself feel better, he made himself a cup of tea: 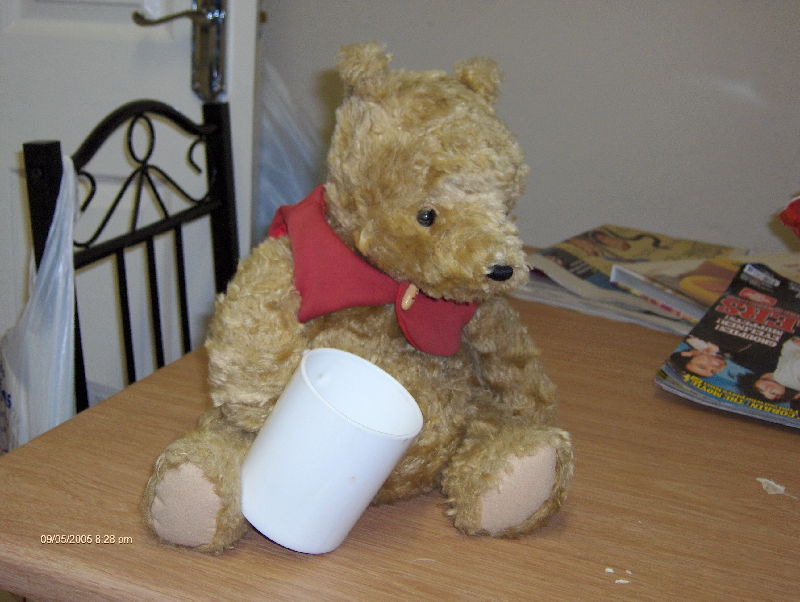 Unfortunately, this isn't quite strong enough to drown his sorrows. It being Monday, he decided to stick to the tradition of Martini Monday: 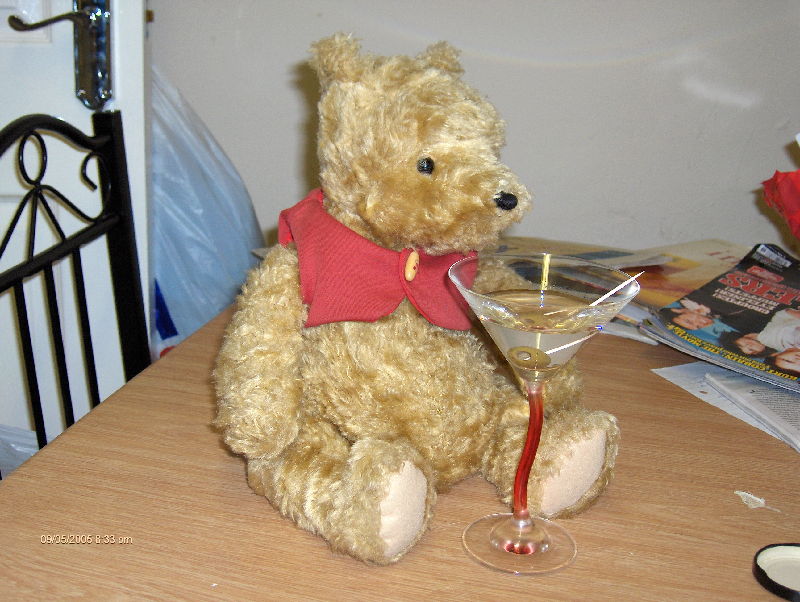 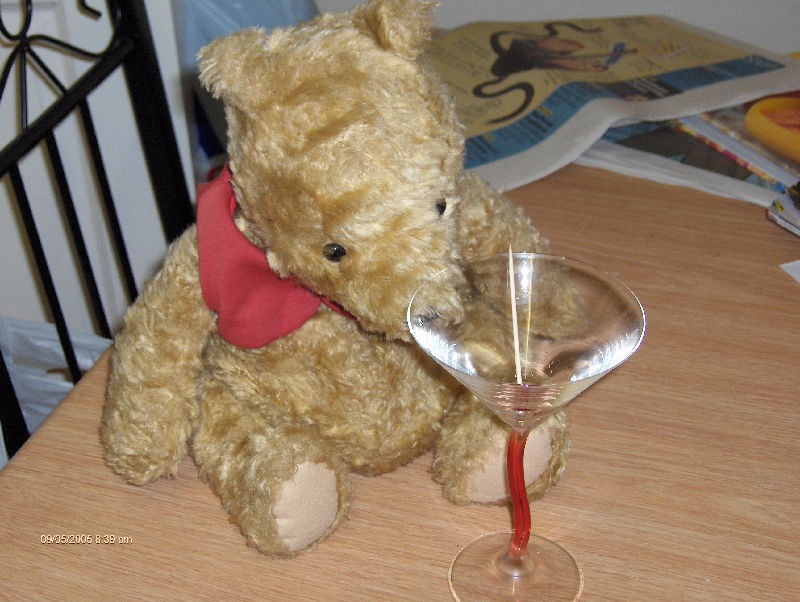 it wasn't quite enough, the martini just didn't really do enough, so Mr Bear decided that wine was the way to go 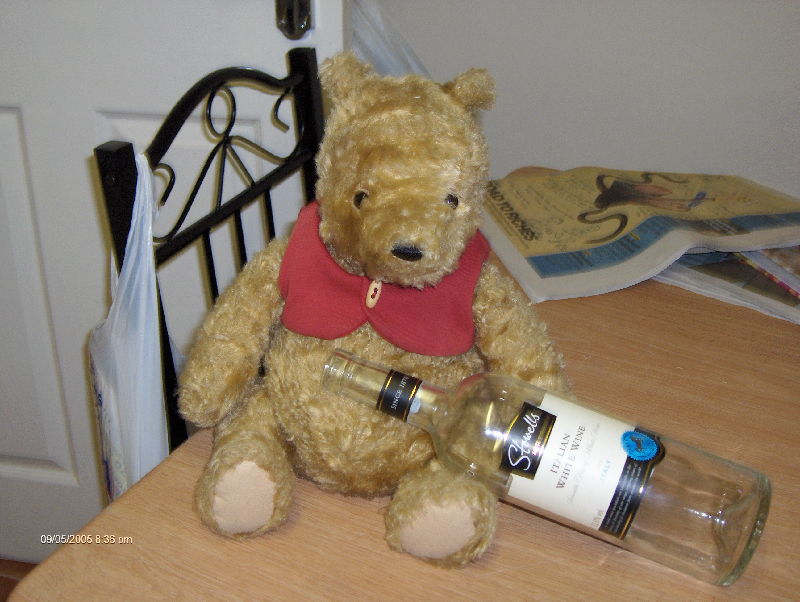 Mr Bear was now very drunk, but still wanting more, he decided to go to the pub.

Where he had a beer: 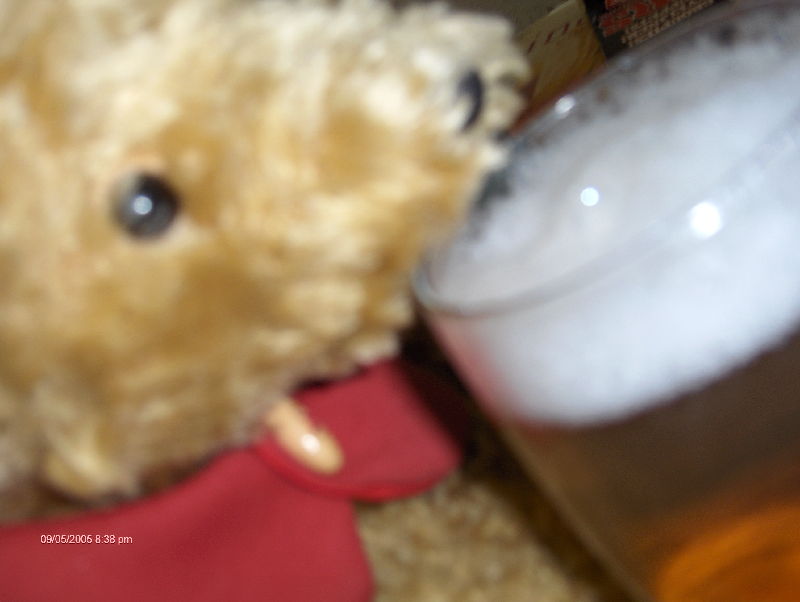 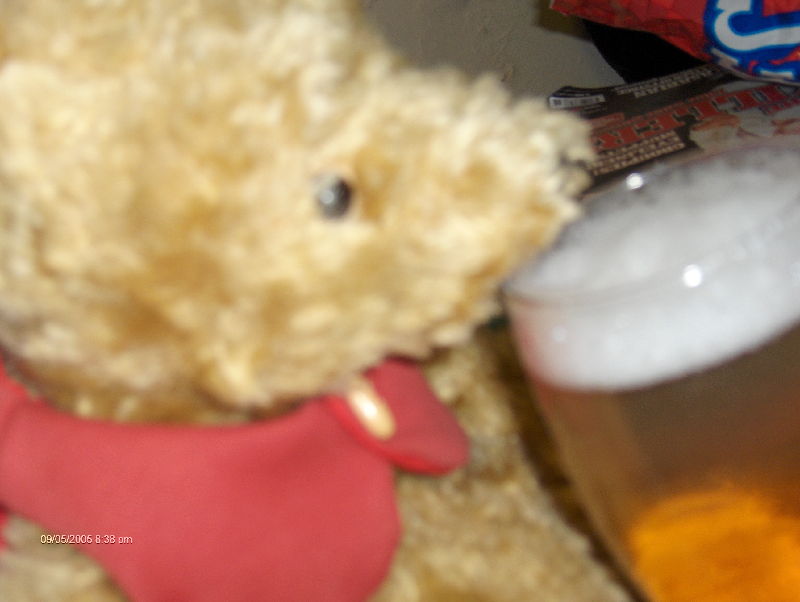 the next one Mr Bear just couldn't face: 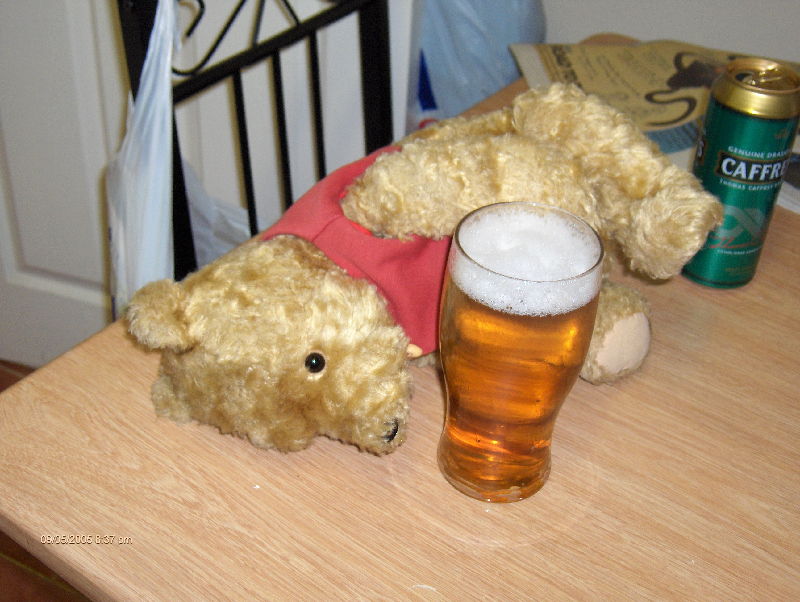 After finally finishing his pint, he made his drunken way home. There he found a bottle Jack Daniels. Being quiet drunk, he poured himself a pint: 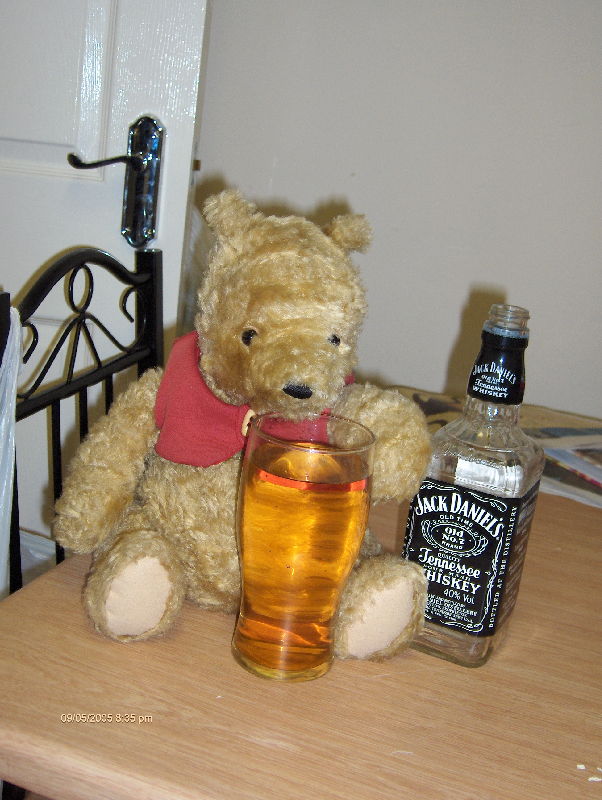 and then had some from the bottle: 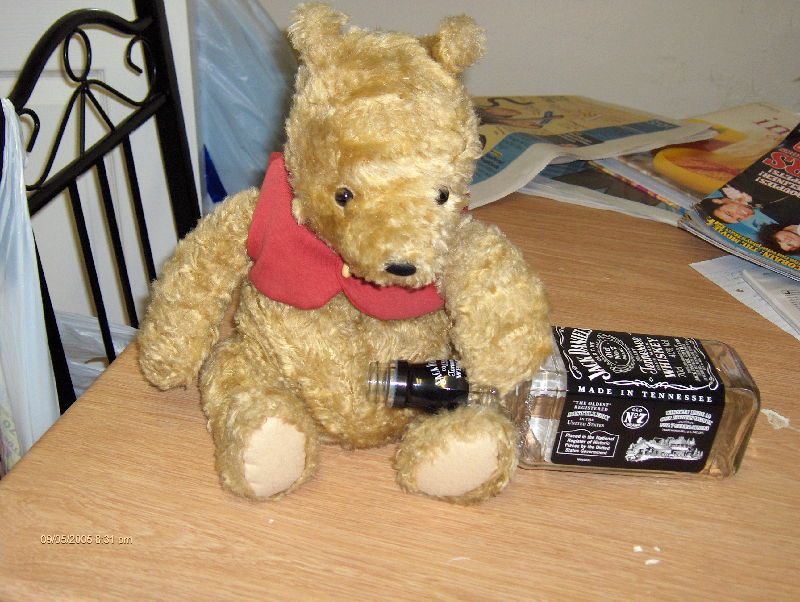 Mr Bear regained concusness leaning on the near empty bottle: 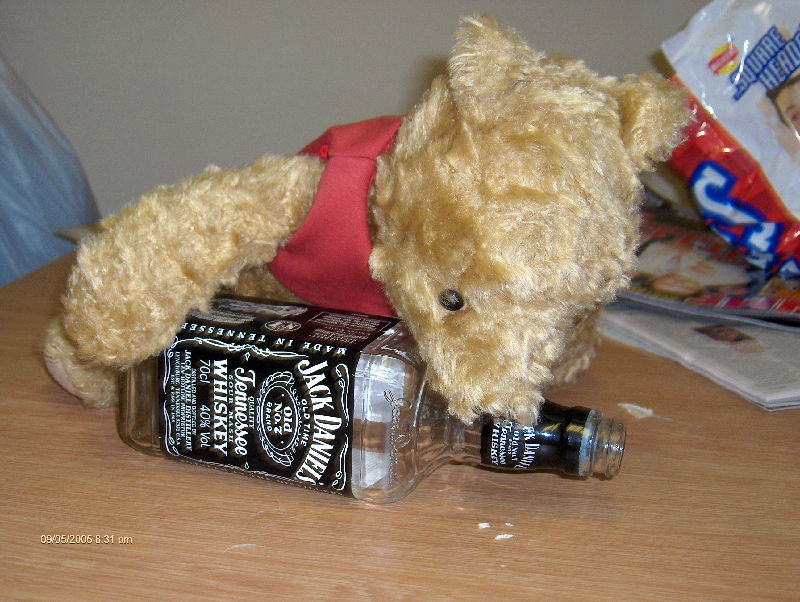 Mr Bear then procceded to finish the bottle: 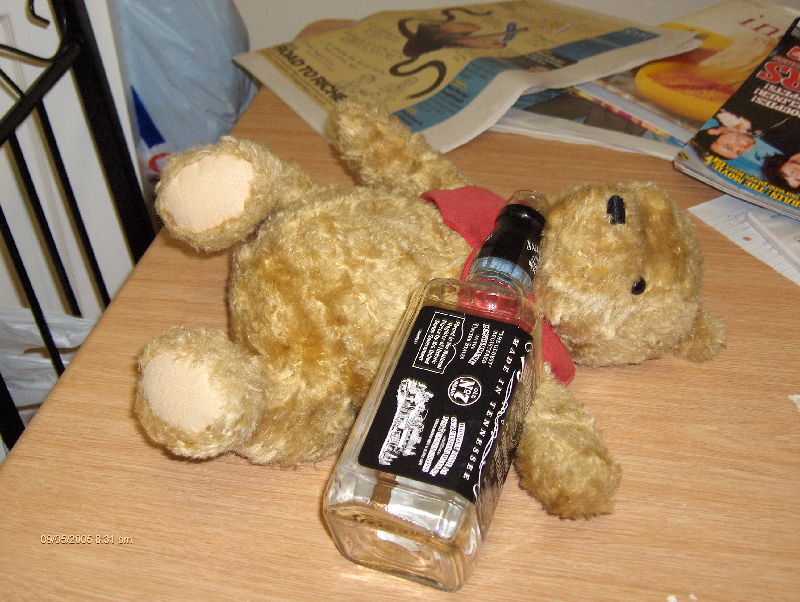 Mr Bear was now so drunk he couldn't remember why he was drinking. He walked up stairs and atempted to get ready for bed: 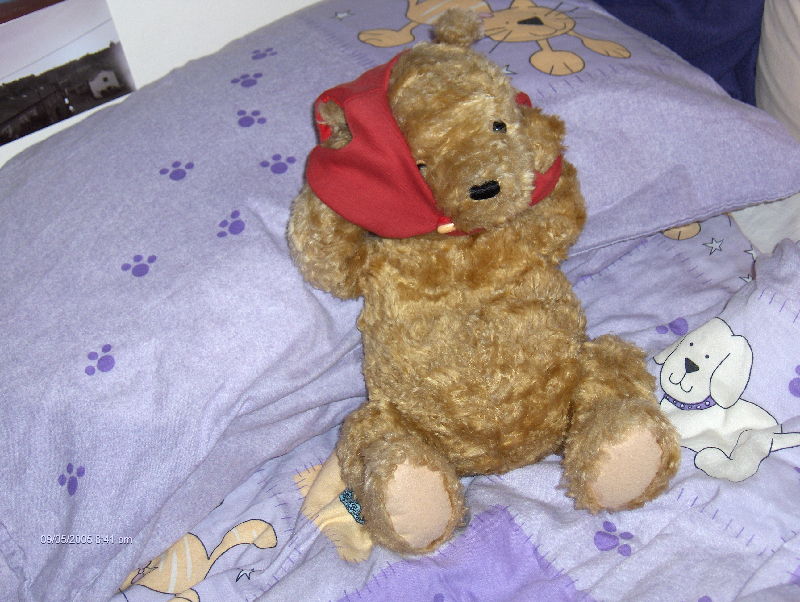 Mr Bear struggles so much, that he just gives up and goes to bed in his current state of undress: 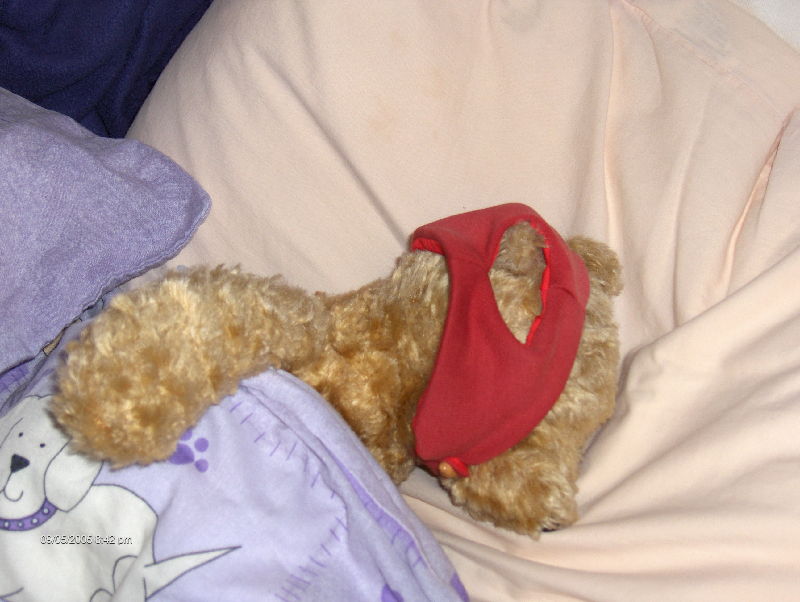 this is one awesome picture, as it encompasses 2 of the great things in this day and age: number 1; the bunny comic, and number 2; tea!!!!!
saying that i nearly killed myself with the power of tea alone (it's so tasty! i tried to drink too much all in one go :S)