There's BBC Have Your Say, and then there's…

the messages that were censored from BBC Have Your Say.

it rocks my world

primary colours is a rather good book

Online Tory debt–test thingy (warning, might make you cringe your guts up)

yeh cuz, like, debt is just like this fing caused by ppl bein tossers an spendin to much on stuff, rite, like ya know, buying loads an loads of shoes…lol! we is the party of common sence and we is goin 2 sort out the country with are brains!

Is this Jack the Ripper? 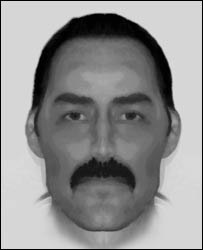 hanging on the telephone
a) the nerves
b) blondie

lola
a) the kinks
b) the raincoats

children of the revolution
a) t-rex
b) the violent femmes

bigmouth strikes again
a) the smiths
b) treepeople

any song by the beatles
a) the beatles
b) i dunno, shonen life, daniel johnson, gbv, anyone with a clue really

remember, this is a test so there are RIGHT and WRONG answers

lets hear it for the awesome awesome fees demo

breakfast is from 7:45 until 8:30, and then we go down to london and topple the government

The most unpleasant thing anyone has ever imagined

a kitten with penises for legs

bands we all miss, of course

man they were awesome. they had the perfect level of shouting and not really playing their instruments, merely hitting them in time. weaponry listens to love is utterly amazing, despite just being largely unpleasant loud chaos in the most part. unpleasant loud chaos, when done right, is the champion of all musical forms.

just two junkies who lived in a house with lots of guns, i think. not nearly as good as they should have been (they should have been the greatest band ever), but still, as the internet parlance goes, “fb”. i mean, neil hagerty was in pussy galore, what more do you people want? john spencer? pah.

if you want an explanation then you suck. if you ever went to a music festival and saw them, but didn’t pay much attention because you were waiting for, say, feeder, then go do something painful now.

guided by voices were cool, catchy, classic, clever and drunk.

oh just go and listen to them already. see how much various bands (particularly the hives) have shamelessly stolen from them. see the only band who themed themselves around a fictional terrorist group, back when terrorism was a cool thing and not a Bad Thing.

wasstastic stats from the society fair

amount of people i talked sleep-deprived nonsense to: lots

special thanks must go to dawn from the labour party who told many people to buy our t-shirts, the person who convinced me to go to bosnia next summer, the conservatives i attempted to turn away from the dark side and embrace the feminist massive, and all the wass members past, present and future who help make this society awesome, although i retract this last one if a future wass member turns out to be the next hitler.