Selling your version of the World through the Internet

"Researchers at OpenNet, a joint venture of the University of Toronto in Canada, Harvard Law School and the University of Cambridge, have found that China's Communist Party-run internet service providers (ISPs) routinely filter out content they deem politically unacceptable. They also appear to hire fake commentators who post pro-government statements on blogs and message boards.

I knew history is written by the winners. But now fake commentators who blog !!!! ..wow what next ?

Propoganda has gone high tech ;-). Watch out, learn to sift through the rubbish and read between the lines !! Maybe Andy Grove was referring to the 21st century society when he said "Only the paranoid survives".

Why do people hate consultants?

I do get the feeling through blogs, chats, discussions etc that there is a general absence of goodwill towards consultants among many of my friends. There is a tendency to brand consultants as greedy self serving salesmen who use bombastic language to sell an idea that could be pure nonsense or commonsense and then get paid a fortune for it.

I hesitate to fully buy into that theory. if consultents are not value for money, why do they get paid so much. Why are consultants and consulting companies thriving – especially Business and IT consultancies. And being an aspiring consultant myself, I'm pretty upbeat about the good that consultants can potentially do.

But why is there a sarcastic snigger when one talks about consultants ? Are they angels ? Or wolves in designer clothing?

Can any of you give me an informal opinion on Students Partnership Worldwide (SPW). Post your comments or send me an email – J.J.Philip@warwick.ac.uk

Here is a funny one.. I hope it doesn't offend anyone's sensibilities.

If you look carefully at the picture, whoever made this one has put some effort to get the details right. 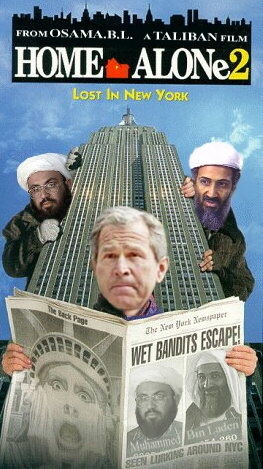 I am keen to get some informal opinion about SPW. I have been reading from their website but would appreciate any 1st hand experience. Do you think that the experience was worthwhile – both to you and the community you were working for.

Apparently they want the volunteers to raise money for the expenses which could be as much as 3000 pounds. I have no clue on how to go about that. It does seem like a lot of money to go asking around.

What are the other reputed organisations who are similarly invovled in providing volunteer experiences? Maybe I should google this …but it is so hard to figure out the right content from the sheer volume available.

This advice is absolutely invaluable. And I have tried ths trick when I was working – so 100% effective ;-)

Here is an interestingly 'worthless' piece of information for all those involved in one of the world's greatest games – 'dating' aka 'courtship'.

The article essentially proved through some mathematical modelling that was devised by two research students at University College, London that "if males gave valuable gifts too often, the females would start to exploit them: the males have no clue as to the females real intentions in the model. Put simply, the females just take the diamonds and run. But when the gifts are worthless, an uninterested female has little incentive to accept, gaining no return on what could be just turn into the simple waste of an evening. Only girls who are serious would bother to go the distance.

So their advice to the male species is "To give extravagant, but intrinsically value-free gifts the vast majority of the time, while giving gifts of material value very occasionally".

Apparently they were motivated to research this interesting phenomenon after reading about a man in the local newspaper. This guy had been paying the rent of a woman he considered was his girlfriend  he was giving her a valuable gift. But she had been heartlessly manipulating him, dating another man on the sly while accepting money from her unwitting sugar daddy.

PS - I have to insist on my honour that "The views observed above are not mine but those of the 2 research students only" !!

Is Nuclear Fusion Reactor the answer to World's energy problems?

"The International Thermonuclear Experimental Reactor (Iter) is a collaboration between the EU, the US, Japan, Russia, China and South Korea. The aim is to design and build a fusion reactor in about a decade at a cost of five billion euros at Cadarache in France. Iter will implement decades of research in a test facility that will bridge the gap to a commercial plant."

In this Fusion Reactor – Deuterium and Tritium (Isotopes of Hydrogen) will be heated to 100 million degrees and made to fuse together to produce helium and high speed neutrons and energy, which are then used to drive turbines.

Scientist have to find new material that can withstand this enormous heat inside the reactor. But if commercial fusion can be achieved then it can easily satiate the growing demands for energy in the world with a process that produces zero greenhouse emissions + does not lead to large stores of long-lived highly radioactive waste.