The OU has announced a plan to spend almost six million pounds to provide e-learning content freely on the internet. Half of the money is being provided by The William and Flora Hewlett Foundation. From the press release:-

The Open University will draw on its experience in supported open learning to provide an environment which contains both high quality learning materials and a range of learning support and informal community building tools. There will be one site that is primarily for learners, where material with suggested learning pathways will be offered. A second site will be primarily for other course creators; it will foster the concept of sharing and re-use of materials. Through the development of both sites the University plans to take open content delivery on to a new level.

In principle, nobody is better placed to do this than the OU. But there have been similar initiatives before, notably MIT's OpenCourseware project, and it's hard to deny that there's a pretty serious gulf between providing content and, if you will, meta-content about how to use the materials, and the actual process of delivering learning. It's not clear to me who the teachers using this content will be and who the students will be. The press release says:-

the University will select and make available educational resources from all study levels from access to postgraduate and from a full range of subject themes: arts and history, business and management, health and lifestyle, languages, science and nature, society and technology. Learners will also be able to benefit from a range of study skills development material.

which sounds great, but are materials such as these educationally valuable outside the context of a university in which to deliver them? The text mentions some pre-existing OU intiatives to help support learning in sub-Saharan and other African institutions; perhaps the rationale is purely about helping other HE institutions which might otherwise struggle with the costs associated with providing learning materials. An interesting project to watch. 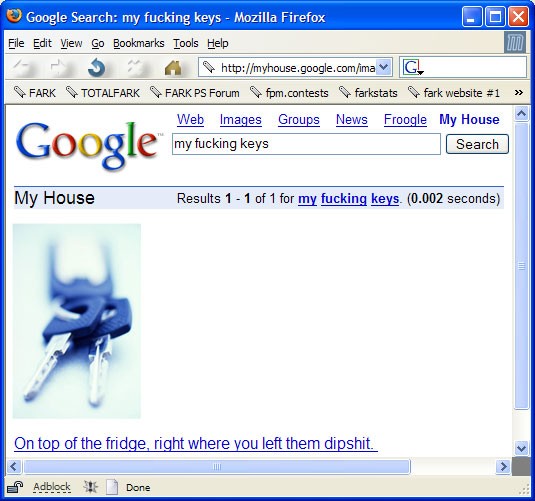 Amazon launched a new service today called S3 which stands for Simple Storage Service. Their home page for the service describes it as follows:-

So who is the model aimed at? A quick play on my calculator suggests that if you wanted to store 100GB on S3 and you accessed roughly 10% of your data in any given month, then it'd cost you $17/month plus the initial cost of getting the 100GB up there in the first place – a one-time startup cost of $20.

But who wants 100GB? It's too much for most individuals, but it's not enough for a serious web application. Flickr, for example, must need terabytes of storage for what they do. 50 terabytes would cost $7,500/month to store. Closer to home, if we wanted to give all our staff and students, say, 10GB of S3 storage each then that would be roughly 20,000 times 10GB or 200 terabytes or $30,000/month.

So I'm a bit puzzled as to the likely users of this service; if you do personal storage it's overkill, but if you're an organisation that's in the storage business in some way, it's too expensive. And that's before you've even started to worry about what would happen if they decided to stop doing it, or decided to double their prices next month.

I can think of one thing that it might be quite cool for us at Warwick, though: backup for web tools. All the content that lives in SiteBuilder and Blogs and other such applications is backed up pretty robustly on both disk and tape. But in the event of a major disaster that affected both machine rooms, if I'm completely honest I don't know exactly what the position would be with regard to backups; I don't know where the tapes are stored, or how often they're shipped off-campus. There would certainly be backups of some sort, but how current they'd be or how long it would take to restore them, I don't know. But all Warwick's web content – SiteBuilder, Blogs, Forums, et al – fits comfortably into a couple of hundred gigabytes, so we could in principle keep a second copy of it on S3 for 30 dollars a month or so. A background process that quietly keeps pushing new and changed files up to S3 RESTfully would be pretty easy, and getting data back again might be fairly painless too given the unique ID per file model they're talking about. I wonder if backup isn't the sweet spot for S3 generally.