I Get To Be Myself And I Get to Sing

I would have waited until February 6th but if I'm going to sing along at Brum Academy I need it now, surely?

(It's brilliant by the way)

Chocolate on the boil, steamy windows when we met

Building a Better Tomorrow (Or 3 weeks in the Union) Edit: I somehow managed to delete this entry when writing a new entry (someones a numskull). In order to make the comments below make sense I should point out that after the photos n stuff it said something like this:

On a side note true democracies require a state intervention in order to function correctly. This is why the Union has the power to veto impractical proposals like the smoking ban. RaW would have immediately ceased to be at the forefront of UK student radio next year had the smoking ban been implicated, and no longer been able to fund innovative projects like building new broadcast studios from scratch, because the money would not have been available to continue giving our members the quality of experience of which we are so proud.

Single of the Year?

RaW's Single of the Year is upon us once more, begging the question what are the best 5 singles of 2005. If you haven't voted yet I heartily recommend you do so, since you'll be contributing to a rather formidably rigorous and utterly marvellous poll to be run down in a special broadcast in Cholo on Wednesday Week 10.

Of course what you'll all no doubt be anxious to know is the identity of my choice for Single of the Year 2005.

Nope, I picked a funky shuffling number about a night of alcohol induced carnage and drinking to forget…

The grievously unfashionable Elbow. So, what track has most made your year?

If this week's slightly dull speech from David Davis has destroyed his chances of becoming the next Tory leader and perhaps PM, the greatest victory for his leadership skills will remain having co-founded your very own RaW 1251am. Well this week we're celebrating the fact that 35 successful years have passed since then, and we're not at all bitter about that fact that he cancelled a visit to the station last month, which would have been televised on BBC Newsnight a few nights ago. Instead it fell to another former RaW member to give national exposure to our 35th anniversary when Radio 1's James King told Jo Whiley (with only the slightest hint of irony) how excited he was about DJ-ing at our birthday party this Saturday in Time Tunnel, live on Radio 1 this afternoon. The day promises to be a lot of fun, and I for one suspect I'll be glad I organised it, even if it meant a mountain of work right when we had all the Freshers stuff to organise… Top of the Pots

Muchos mirth in the Buckland clan this week as that Leviathian tome of the newspaper world, the mighty Bracknell News, decided to do a piece on my sister's A-Level art project, under surely one the worst headlines ever conceived by man or beast: But oh, what's this? 3 weeks in and already I need one of these

I've been back in Leamington 3 days AND I FIND MYSELF HERE AGAIN!

If there's a moral, and I'm not sure there is, it's that from small acorns, oak trees doth grow… 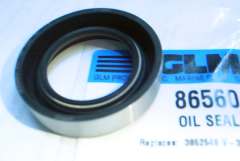 Help: A Day in the Life

I was surprised that considering the number of hits the website had received on Friday, only 4000 had downloaded this by Monday lunchtime – is everyone waiting for the CD copy? Like the previous Help album ten years ago it serves not only as a great way of making money but also an interesting snapshot of the state of British music.

Despite all the trendy 2005 bands here it is Radiohead that open Help: A Day in the Life with their first new song since the Go To Sleep b-sides 2 years ago - providing a reason for me to download straight away rather than wait for the CD. I Want None of This is a Radiohead ballad - ie very nice. The 3/4 time signature and We Suck Young Blood style 'ooh ooh's give it something a little different.

At the other end of the quality scale Keane's Goodbye Yellow Brick Road and Kaiser Chiefs' Heard it Through the Grapevine should be saved from too many disparaging comments by that fact that both bands participated in order to help young victims of conflict across the globe. That I've lost patience with Kaiser Chiefs is nothing to do with their involvement here.

Better is the Magic Numbers' Gone Are the Days or Baby Shambles From Bollywood to Battersea which displays Doherty's penchant for indie-boy skiffle-pop (recently showcased on excellent b-side East of Eden). Coldplay's How You See the World No 2 is nice in an unmemorable kind of way whilst The Coral's It Was Nothing is one of the more immediate songs on this collection, and better than much of The Invisble Invasion. Bloc Party and Maximo Park's contributions meanwhile don't exactly give much away as regards their second albums - neither track heralds a new direction but neither is terrible. Mylo's Mars Needs Women and the Go Team!'s Phantom Broadcast are the kind of excellently-put together stuff they've become recognised for this year and Hard-Fi's Help Me Please does them no harm in their gradual campaign to win me round.

Six bands join Radiohead in offering something that jumps out and sounds like it's more than just an album track or b-side. Use of backing singers on Razorlight's Kirby's House make it an unexpected treat. And the compilers haven't shied away from the usual comparisons between the two Scouser bands by putting The Zutons after The Coral in the tracklisting, and the former do better out of the arrangement. Hello Conscience is a gem - the saxophone is let loose and you get the impression that they had a ball recording it. And I didn't expect to say this but the Manics' Leviathian proves there's life in the old dog yet. The quality of Elbow's contribution is less of a surpise. Snowball can be filed in the 'understated song that , er, snowballs (sorry!) to tumultious ace-ness' folder next to past singles Grace Under Pressure and Newborn. Less catchy than Fix You's current use of the same formula, but certainly more subtle. Its origins as a letter to Tony Blair in the build-up to the Iraq War also gains the band brownie points for thematic relevence. And Hong Kong sees Damon Albarn follow I Am Kloot in discovering that playing the black notes on a piano creates a generic kind of oriental melody to justify being named after the now-Chinese city. He does it far more intelligently though, but then that's why he has been successful in whatever he's turned his hand to whilst Kloot remain perennial gig circuit journeymen. And who else would come up with a title like The Eighth Station of the Cross Kebab House than Belle and Sebastian? Great band and a great little fable in song-form from officially the 'Best Scottish band of All Time' (in a poll that obviously came a bit to early for Franz Ferdinand who would presumably were they to re-run it now).

Joining Gorillaz in offering some depth and variety are Tinariwen and Emmanuel Jal. Both have treated this album with respect by contributing two of the best tracks to what would be something of an indie fest without them. Meanwhile George and Antony's War Is Over is unseasonal but fits the cause so we can perhaps brush over any flaws, and it's nice to see the Mercury Prize winner alongside the other usual suspects here.

It would be lazy to be cynical about the artists' involvement because this collection deserves more than the rather obvious moral judgements you could make. It's a decent if unspectacular bunch of songs, with only a few unwelcome inclusions (one of which I haven't discussed – I'll leave that to people who don't think the world would be a better place without Damien Rice's music). It's only £9.99, and I don't think it's overly idealistic to suggest that that £9.99 might just help Warchild to make a bit of difference to someone's life. Individual tracks are available for 99p, but why not get all 22?

Are there any bands…

… that you like but you suspect that no one else likes?

Because I love Manchester's finest, I am Kloot! A Rather Presumptious Birthday

Assuming I don't die before the 30th July I'll be turning 21 in the summer. I'm not sufficiently confident in the sparkling magnetism of my personality to expect anyone to turn up to any 21st bash I might have back home in rural Berkshire… so if I was to say I'm planning a tasteful and civilised early evening Barbeque affair on Saturday 18th June round my place (subject to last minute rain-induced cancellations) would you lovely people be able to come? Our landlord mowed the lawn the other day and it's just itcccching for some kind of ridiculously polite garden party. Who knows, we could even hit Leamington afterwards. Or you could leave… if you've got something better to do…