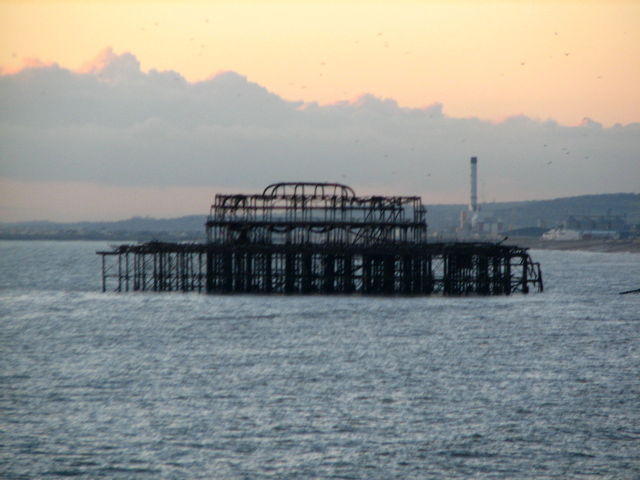 View of the West Pier from the East Pier near sunset. Couldn’t help the blur unfortunately, I had the aperture wide open and the camera sitting on the railing and it still blurred! I think the auto focussing let me down. 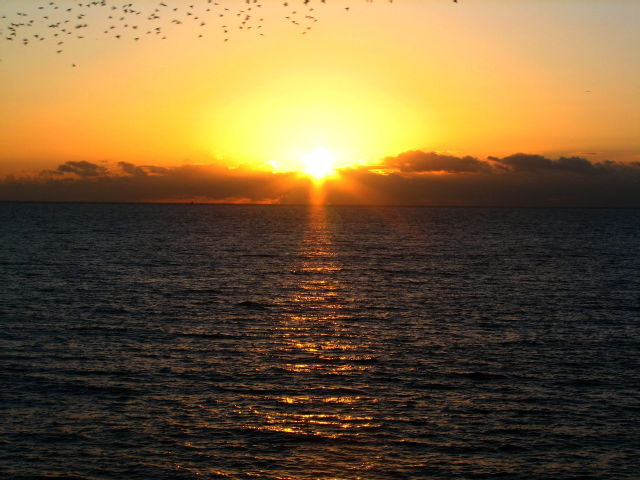 This sunset was only at 3:43pm, not too long later and it was really dark. Quite depressing really.

Fire on Southend Pier – The longest pleasure pier on the planet

At 10:40pm on Sunday 9th October, Southend Pier suffered its fourth fire in 50 years. Most of the entertainment area at the end including a pub, restaurant, fish & chip shop, ice cream & refreshments outlet, souvenier kiosks, arcade, and train station have been burned down and collapsed into the Thames Eastuary taking alot of the floor of the pier with them. The pier has been devastated. 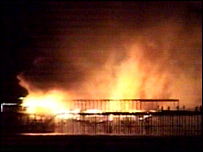 The fire was said to be up to 40ft high and could be seen for miles around as 75 firefighters battled with the blaze and got it under control by 4am on monday. They apparently encountered problems with lighting and visibility at night with the smoke and also with water supply at that distance out into the Thames Eastuary while the tide was out and fire hydrants damaged by the blaze. Hovercrafts were used to help control the inferno. 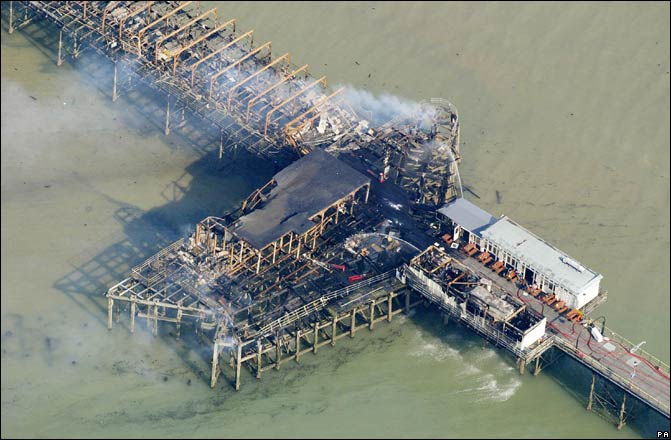 By morning, the pier was still smoldering. The fire has cremated a good 130ft section of the pier which is virtually all of the entertainment area. Luckily the brand new (2001) Lifeboat station survived, although it is now without pumped water, electricity, cabled communication and is effectively cut off from the mainland.

The cause of the fire is as of yet unknown but it is being treated as suspicious. This is standard procedure untill more is known.

As I said at the start, this is the 4th fire the pier has suffered in 40 years.

As for restoration, the borough council leader Ms Anna Waite has already said

“We will be looking to restore it to its former glory. It’s a very sad day and the pier will cost millions of pounds to rebuild”

“It’s sad because it’s one of the great assets we’ve got in Southend. It’s a great place to walk down, it’s a great opportunity for people to enjoy themselves. But sadly it looks as though we’re in for a horrible bussiness again.”

A significant part of the Southend coast line underwent a major renovation a few years ago including dredgers pumping billions of tons of sand onto over 5 miles of beach to battle erosion and raise the beach level by several tens of feet. A renovation of “The Kursaal” and improvements to “Adventure Island” and the arcades along the seafront and the opening of a Casino have all helped to remake Southend-On-Sea as huge tourist resort. There has also be significant rebuilding of Pier Hill and cliff face involving large scale earth movement to give the whole area at the foot of the pier an entire new look, including a viewing tower, elevators, and new paths and steps to link the sea front to the high street several tens of feet above up a steep slope. The pier bridge which links this new developement area to the pier was also rebuilt. In the past 5 years, £8-9million was spent just on the pier alone.

All of this significant construction and investment was aimed at improving the area for the tourism, one of Southend’s already strong points. Southend-on-Sea has said to be Essex’s answer to Brighton in Sussex, and with a long south facing beach, pier attraction, arcades and other seaside entertainment, its a very decent attempt. 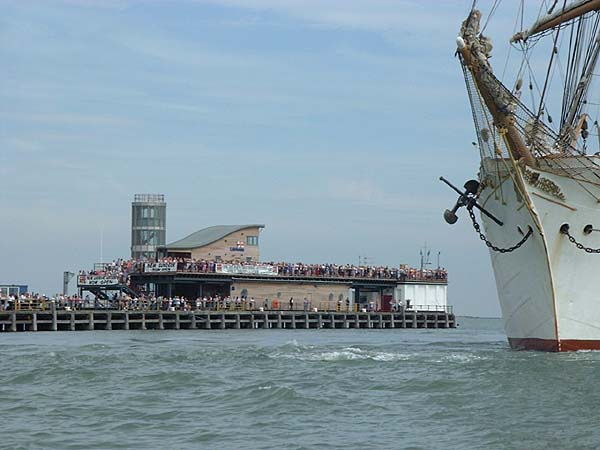 Clearly after all this work going into Southend, the pier fire devestation is a significant blow, but given time, Southend will recover. It takes more than a fire to stop Southend being one of the top tourist resorts in the South East. 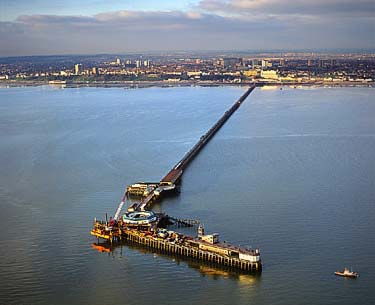 For more photographs of the ruins, see the Southend Pier Gallery.
Images and content from BBC, Reuters and Wikipedia.