I've been quite busy these past few weeks and havent had a chance to blog. About 2 weeks ago, I went to Brighton and Chichester for a long weekend with Sophie. Brighton is cool, and the weather was great. It was unusual for me to look out to sea and not see Kent. The extraordinarily large seaguls are also rather scary! 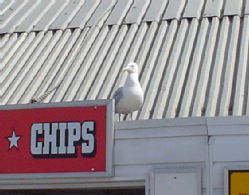 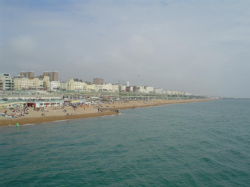 The Laines in Brighton contain so many random shops, including a massive sweet shop. The only place I have seen thats better was in Germany! There was also a large shop that was kind of like a market and Sophie was in her element surrounded by tons of old rustic goodies and general junk. I spotted things like a authentic Thunderbirds Tracey Island and Classic rotary telephone etc. Even an ancient LED calculator, and one of the first mobile phones thats about the size of my house!

Up near the beach there were lots of small display areas where artists were displaying their paintings of sunsets and copper-art sculptures. I have seen quite alot of small metal piping men riding motorbikes and things like that but someone had made a full size one which must have weighed a tonne! There was also a park outside the Pavilion which, although it was packed, was really nice to chill out in. 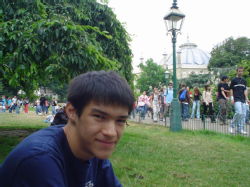 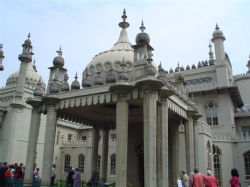 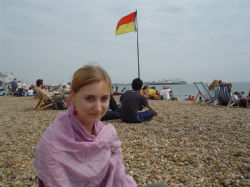 Chichester reminds me of Kennilworth but with more history. The clock at the center of the town at the cross of north, south, east and west roads which are cobbled and pedestrianalised is a symbolic statement of its hisotry. Even recent shops like Boots and Woolworths seems dated as they have Logos from back in the day. Chichester, especially where Sophie lived, seemed refreshingly quiet and peaceful after the buzzing atmosphere of Brighton. Sophie's house is also amazing, I like her parent's style, hehe. It contained quite a few elements of what I'd like in my own place.

The train journeys between Brighton and Chichester and back to and from the London connections revealed some really great scenery. The south downs being one: Far reaching fields with rolling hills in the distance looming over another town with large cathedral and church type buildings illuminate by sunshine filtering through clouds casting rays of light on the landscape while surrounded by ominous skies. I tried to pull my camera out but wasn't fast enough unfortunately.

It was a really cool weekend, and seeing Sophie and meeting her family was cool. One of her sisters certainly made a lasting impression with the whole "Loser, Jealous, You know it" routine, it cant really be described in words! Oh, and thanks to Sophie's Mum and Dad for putting up with me for a few days!

While in Brighton, Sophie took some Polaroids, they are here: 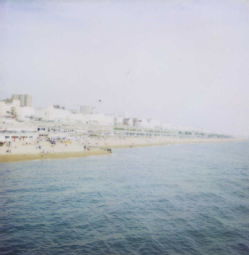 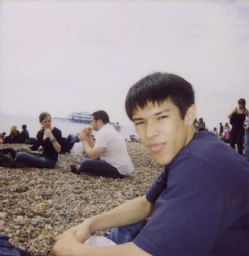 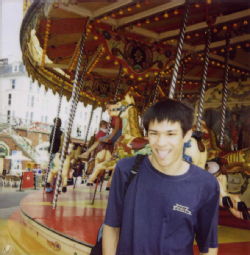 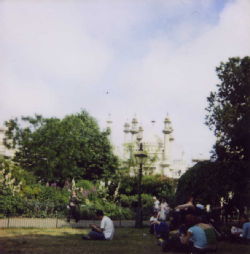 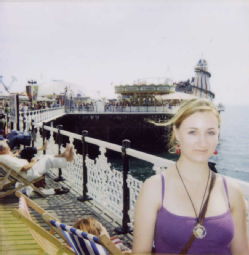