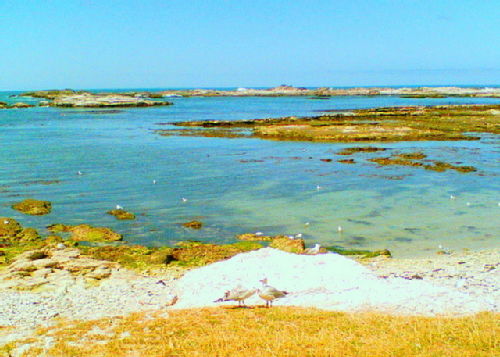 Another quickie as I’m in Brum at the moment meeting relatives… and also Sam and Ellie funnily enough. Although I do hope Sam sees this after I get a lift off her…

The inhabitants of the cottage were interesting enough, there was a normal German girl, Jana, that was disappointed by the weather and on the waiting list for dolphin swimming. Then there was Kaura, the Japanese girl who cleaned for food and speaks sporadic parts of good English, but for the most part was completely unintelligible. Finally, there was Elizabeth, a Danish woman, eccentric in most ways, with a slightly odd passion for the colour mauve. The owners, Donald and Jakki, were actually former Leamingtonians and managed to keep the place extraordinarily clean and a proverbial home away from home.

The first night was strange because after meeting Ellie and Sam, they took me back to their field station accommodation (fancier than mine) for Shephard’s pie (and that ain’t a euphemism). It meant I arrived back at the cottage at 11pm, in the dark, house lights off (it wasn’t a typical ‘party’ hostel), and everyone asleep. I had to climb into my bunk in pitch black trying not to wake anyone up and not having a clue where things were.

New Year’s Eve began a bit depressing, lots of rain and grey and no chance really to get out of the place and do anything except buy supplies and prepare for the night. By around 9pm though, after several glasses of donated wine from our hosts and getting my ass handed to me at Yahtzee, the rain finally let up. So me, Sam and Ellie took our chances to find a bar to lighten the gloom. 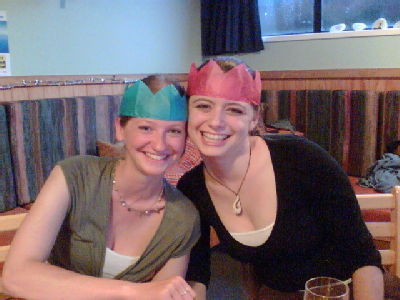 Kaikoura has around four bars of any repute, but two of them were across the road from each other, so we chose them. They were both busy, but not new year levels of ‘packedness’ so it was fairly easy to get through to drinks even as the countdown came closer. But no countdown but our own ever came. The Kiwis didn’t take a blind notice to any sort of cheer and there was no Auld Lang Syne to see us past midnight (only a minute’s playback of U2’s New Year Day, one of the pub’s was invariably Irish, as always). We had to make do with our own rendition that gave a nearby Bristolian a few chuckles.

Now Sam, being a little on the shorter side, was very tipsy by the time of the girls’ second Bailey’s and after an attempt to call Ellie’s parents (with all of us having a go at the thing called conversation), arm in arm we walked home.

Mainly to keep from falling over of course. 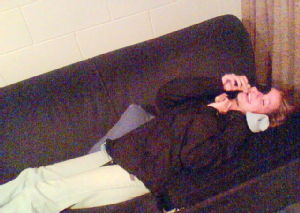