Plans for the rest of the year:

As I write this, I am in the middle of my final exam season of my undergraduate degree!

(Although it’s technically the Easter holidays at the moment, some rescheduling had to be done by the Department in order to give us time to complete our dissertations before the end of the year.)

As almost all my exams are essay based, it’s also been a great way for me to consolidate all the learning I’ve done this year in some very interesting modules, ranging from Biological Clocks to System Dynamics.

After exams, I will undertake my dissertation in “Deep-Learning Microscopy Data Analysis” and then embark on a very interesting Summer research project!

As the wet-lab research component of my internship last year was sadly cancelled, I was set on seeking a lab-based internship for this Summer in order to gain further hands-on experience for my intended career in research. Thankfully, I was able to find a Professor at Life Sciences willing to supervise my application for a £1000 research grant from the University, which I am glad to announce was successful!

As such, later this year I will be exploring whether human mutations of Connexin32 (a protein that forms plasma membrane channels between cells) affect its sensitivity to CO2. This in the context of understanding the biological cause of Charcot-Marie-Tooth disease, a hereditable motor-sensory neurological disorder that progressively reduces quality of life, with symptoms such as numbness of limbs and muscle weakness. Although this disease is not directly life-threatening, it can severely reduce mobility and independence of patients and does not yet have a cure. A major challenge in the development of therapies/cures for this disease is that it comes in many different forms, all with different genetic causes. As such, I hope to add to its current genetic understanding with my project, in order to support the approach towards current and future treatment.

Additionally, I am currently mentoring the new Warwick iGEM team and will continue to do so over the Summer, until the Competition near the end of this year. As my cohort was the first batch having to work through COVID, I would like to help them make a smoother transition to virtual teamworking and biological research!

Due to schools in the UK being closed for lockdown, we were unfortunately unable to do as much volunteering in BioSoc as originally planned. Societies were made to cancel all in-person activites, and it would have been unsafe for us to travel into schools or carry out hands-on experiments during this time. Doing virtual volunteering was also a difficult task to coordinate as our teacher liaisons reported difficulties finishing the assigned teaching syllabi, let alone putting aside time for us to teach external material to students.

However, in February I was contacted by a member of staff asking for help with the then-upcoming Women in Science Day programme at Warwick as another team of volunteers had pulled out of the project at late notice. As such, we had less than a week’s time to come up with a topic and teaching resources for Year 11 students to explore biology at home.

After deciding to take on the challenge, I recruited a friend on the BioSoc exec to brainstorm and churn out the material over the weekend. We decided to base the activity off fermentation, as we wanted to engage the students through something we all do (eat food) as well as only require materials that are easily found in the home. I created an instruction and tracking sheet teaching students how to make their own sourdough bread starter, which only requires water, flour and time to make. In case they had a teacher running through the programme with them, I also created a short slideshow presentation explaining the science behind fermentation and the creation of sourdough bread.

Afterwards, we were left scratching our heads trying to figure out how to keep a group of 14/15 year olds interested in our activity through online learning. My friend Jerry came up with the amazing idea to create an Among Us-themed quiz, as Among Us was a incredibly popular game at the time. I once again fell back on my Visual Arts training to design and draw Among Us characters with different foods, much like how the characters have customisable hats in the actual game. 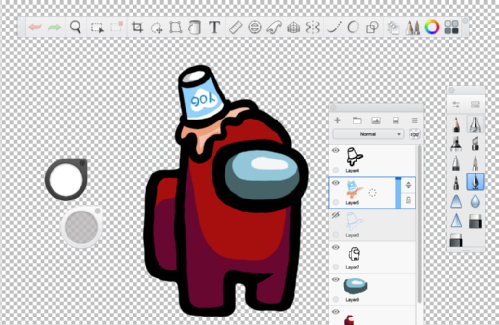 Jerry the editing whiz did some video-making magic, creating an interactive “choose your adventure” style set of videos for the students to click through. Clicking on the wrong answers would bring them to the game’s end screen, while successful completion of the short quiz would show the game’s Victory screen. After recording further videos explaining how to use the resource pack, we sent it off to the University, hopefully for the young students to enjoy.

The heavy snow back in January gave us a welcome excuse to have some fun outside, as my housemates and I spent hours in the garden building my first ever snowman! 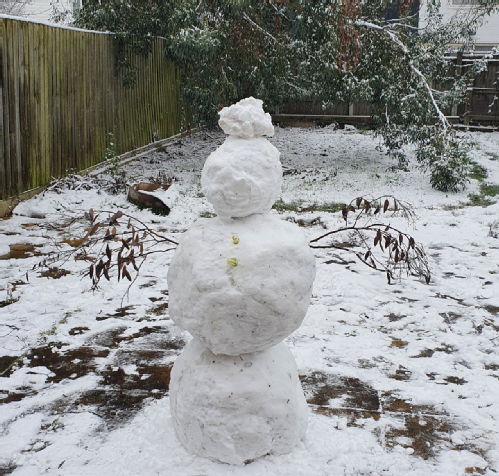 For Christmas and Chinese New Year, we also had cozy celebration dinners in our shared kitchen. Overall, despite it being an incredibly busy time, I’ve greatly enjoyed my last year at Warwick so far and will be reluctant to officially leave when graduation comes! Thanks to all the fulfilling endeavours I've been able to carry out this year, I’ve had a good time in the past two terms despite the limitations of lockdown 😁

(This term's entry separated into 2 parts due to character limits)

Term 2 was a true test of my time management skills, as on top of gearing up for the final exams of my degree I was also applying to internships and postgraduate courses, planning Society events for the BioSoc, and also launching my self-founded Society – the brand new Warwick Knitting and Crochet Society!

Knitting has always been one of my favourite hobbies for years. In the past two years of my time at Warwick, I frequently saw online talk about starting a KnitSoc and signed their interest forms, however perhaps due to not having enough student numbers they were not launched. Now in my third year, I decided to take the plunge and try my luck with collecting sufficient signatures of interest, writing up a proposal, and pitching it to the Societies’ Committee of the Students’ Union.

I was overjoyed when I heard back from the SU that KnitSoc was approved, and set off asking around for other students to join the pioneering executive committee of the Society.

The main goals I wished to achieve with founding this Society were to:

1) Provide a community for total beginners to advanced members to hone their craft, virtually socialise during lockdown and pursue a hobby that is calming, fulfilling and a great way to de-stress.

2) Teach knitting/crochet as a fun and creative skill through educational sessions and mentoring.

3) Support vulnerable persons through volunteering projects such as donations of useful items to homeless shelters or “preemies,” and charity auctions of handmade items.

To give us the best chance of success of fulfilling these goals, I created specialised roles such as Education Officers and a Charities Officer, on top of the usual roles such as Social Secretaries and a Treasurer.

While advertising the Society virtually through social media, I was initially worried that there again wouldn’t be sufficient interest for what I assumed was a niche hobby, especially for the average university age group. However I was pleasantly surprised as I received an overwhelming response of people asking to join the Committee and the Society in general! As such, our Society was able to start off with a strong Exec of 13, and over 80+ members joined our chat group within a matter of weeks.

In order to give members a way to socialise over lockdown, we planned casual weekly sessions every Friday evening for people to just get together on a video call and talk about our projects, troubleshoot difficult pieces or just chat about how the week had gone. I am very proud to announce that our first ever session was a great success with almost 30 attendees! I continued to host these sessions throughout the 10 weeks of term, and even received heartwarming feedback that people looked forward to our sessions to end off their week of school work. Our Society group chat was also incredibly active with members sharing their work or recommendations for tools and patterns. So far, my only regret is not applying to start this Society earlier, as I won’t be able to dedicate as much time to it after graduating!

A couple of pieces I completed over the course of the term: 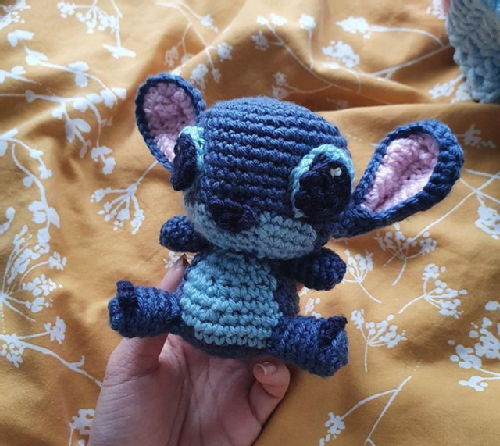 On the academic side, I was wrapping up one of my favourite modules, Navigating Psychopathology which is taught by Warwick’s Institute of Advanced Teaching and Learning (IATL). I am incredibly grateful for the opportunity this year to take modules outside of my home Department, as this class allowed me to experience the learning of other subjects (ranging from psychology and neuroscience to film and literature) with classmates from many other Departments.

We were also given great flexibility in our final assessment – a reflective essay compiling the 10 weeks of learning/discussion as well as a final essay on a topic of our choice. I chose to explore the DSM-based system of diagnosing mental disorders, writing about the increasing evidence against using it for the diagnosis of psychiatric conditions.

This included an overview of its rather chequered past, to the harmful consequences to Medicine of dependence on a rigidly categorised form of diagnosis. I then analysed the sociocultural changes towards mental health and psychiatry, especially as a consequence of changes to the manual over its editions – for example, the decision made by its editorial committee to change the maximum age of ADHD diagnosis criteria.

Despite this, I made sure to weigh the benefits of having such a manual, such as for the purposes of administration, legislation and medical record-keeping for patients.

The research and thinking that I carried out for this essay was a period of great learning and introspection, as it allowed me to consider how my degree/field of Biology is applied in the “real world.”

Overall, undertaking this module gave me an increased appreciation of interdisciplinarity across seemingly unconnected subjects, and also opened my eyes to my great interest in this field as a potential pathway for integrating scientific and humanistic research.