With the recent end of my last summer exam, I have officially completed my first year at Warwick. Cliché as it is, time really did fly – it feels as if I only just got back to campus after Easter break. Since I knew Term 3 would be a tough one, with many deadlines and obviously summer exams to do, I took the chance to go to Frankfurt over Easter to recharge from a pretty busy Term 2.

Sights we saw include the Palmengarten, And the Museum of Architecture, with a particularly interesting exhibit examining the progression of the architecture of human civilisations over time: Of course, a trip to Germany would not be complete without a chance to learn about its past, so we also went to the Historical Museum of Frankfurt: With its obviously troubled history, I found it fascinating how Germany has so effectively come back from World War 2 with remorse and respect towards those that suffered under the Nazi regime, as well as looking towards a peaceful future. The top floor of the Historical Museum was dedicated to the future generations, with many meaningful art pieces that reflected the promise of the younger generations and their potential to affect the world. We also took a train to another small German town called Cochem to visit the Reichsburg: The view on the train over The Cochem Imperial castle in the distance Castle tour of the interior Yet another museum we visited was the Deutsches Filminstitut/Deutsches Filmmuseum, which had some early cameras as well as props and preparatory work/designs from famous movies. We also walked around the European Central Bank, And visited a solo exhibition by the Iranian artist Tala Madani. After coming back from Frankfurt, I had a couple of lab reports and a research essay to complete, as well as the upcoming Summer exams to prepare for. Nearing the end of Easter I planned a trip to Oxford with a close friend from JC who’s studying in London, and after walking around the town for a little while we planted ourselves in the Oxford Botanical Gardens to work on our respective essays. Shortly after the start of Term 3 was my 20thbirthday, and I was planned a surprise party by my flatmates as well as friends from the Singaporean Society! As my exams were starting the week after and exam stress was obviously bound to be running high it felt wonderful to take a good break and spend meaningful time with my friends. As first year has ended I will miss all of them terribly over the summer and look forward to meeting them again at the start of the next academic year. I also attended the surprise birthday party of another Singaporean first year I met during the Warwick SingSoc Orientation Camp, along with others from our orientation group. Over the exam season, I made great effort to not let exam stress get the better of me by studying at the Life Sciences campus on Gibbet Hill instead of being cooped up in my room, meaning I had to walk through the Tocil Wood and Nature Reserve every day – spotting the adorable baby animals as Spring came into full force. 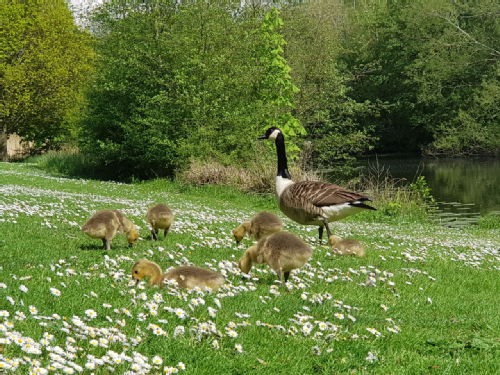 With exams finally over, I've also been able to focus more on my role in the exec of the Biology Society - over the summer I will be attempting to secure sponsorships, rehaul the mentoring programme between senior and junior students, come up with ideas to improve social media presence, get external speakers to come into SLS for talks, plan trips, try to improve the careers system currently in place, as well as handle volunteering by students in BioSoc. I have a lot on my plate to do before next year begins and I'm very excited and hopeful to see how everything turns out when the 2019/2020 academic year rolls around.