And just like that, Term 2 is over. It still feels like I only just got back to campus from my travels over Christmas Break.

After wrapping up Term 1, I was faced with the quite daunting entirety of the rest of Europe to explore for the first time. I decided to jump into the deep end and went to Marrakesh and the Ouzoud Falls in Morrocco. The view of the Marrakesh market from a coffeeshop. We hiked around Ouzoud Falls in order to get the best view of the 110 meter drop. 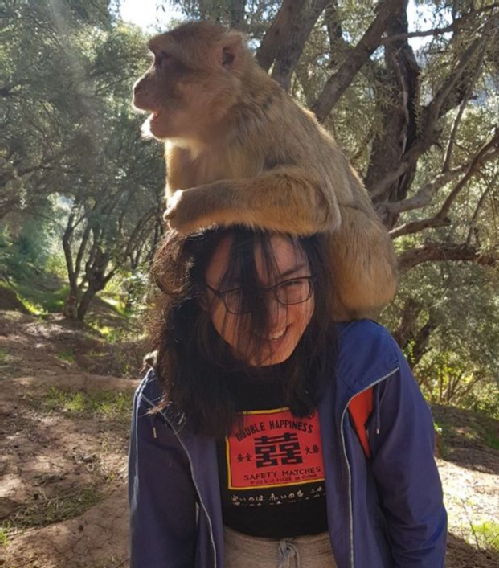 Made a new friend while on the hike around the Falls.

I also managed to plan a trip to Dublin with my flatmates, where we visited Trinity College and Howth Harbour amongst other places. Initially I was reluctant to leave the beauty of the places I had the opportunity to visit behind, but luckily it snowed shortly after we all got back to Warwick, extending the Christmas atmosphere well into February. 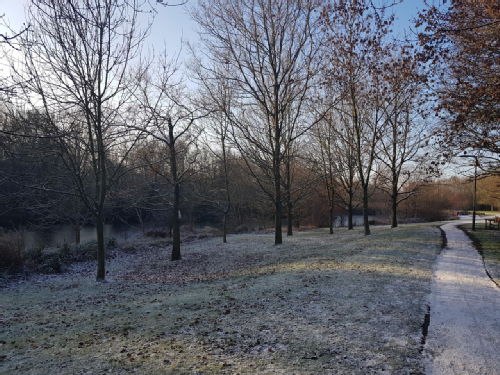 Term 2 was even busier than the first, with just as many examinations along with more submissions and presentations. Keeping on top of work along with handling a whole new set of modules was as challenging as you'd expect, but I still thoroughly enjoyed learning new topics in Biology and the increased number of opportunities to apply what I'd learned with the coursework I had to do over this term. One of the bigger projects I had to do was creating a scientific poster with my tutorial group, and later presenting it in a formal event meant to resemble that of an international conference: I've also done some very interesting lab experiments this term, as us first years are finally entrusted with more dangerous chemicals and equipment. This term involved more Biochemistry labs (while last Term focused more on Microbiology) and we studied aspects and characteristics of proteins. Unfortunately no photos since phones are strictly not allowed in the teaching labs, but I do have one from a virtual, simulated nerve lab we did recently. We're beginning to move onto into the realm of Physiology, exploring aspects of human beings like neurons and blood flow. To think that while doing the IB, I could only imagine doing these experiments in real life.

Outside of straight coursework, another project in the School of Life Sciences I was involved in is UniAssist Mentoring. After a couple rounds of interviews I was chosen as a mentor for the programme, and have been assigned 2-3 students from Lyng Hall School and Finham Park School, whom I'm estatic to work with over the upcoming year. During the training session for the Mentoring, I found out that many of the other students participating as mentors as well as the founders of the programme were also beneficiaries of outreach programmes into STEM. It's so heartening to realise how all these wonderful people are set on giving back and continuing to spread the positive impact to as many students as possible. Another event I attended was the fifth annual Warwick ASEAN Conference, with panel discussions on gender equality in ASEAN countries and a closing address by His Excellency Mr Pisanu Suvanajata, the Ambassador of Thailand to the United Kingdom. They also had a Southeast Asian food fair in the Piazza for the event, and I brought some of my British flatmates to go and try teh tarik, nasi lemak and chicken rendang for the first time! After being away from Singapore for 6 months, it was high time to hear some good old Singlish again. The annual SingSoc production thie year was Army Daze 2, and since practically my entire Singaporean social circle was involved in its production I just had to watch it, dragging my entire flat of non-Singaporeans with me. SingSoc put on an absolutely amazing show, and I enjoyed myself immensely. I was unable to participate in the production this year due to clashes with my lecture/exam schedule, but I'm hoping to be able to help out behind the scenes a bit more next year once I'm able to choose my modules. 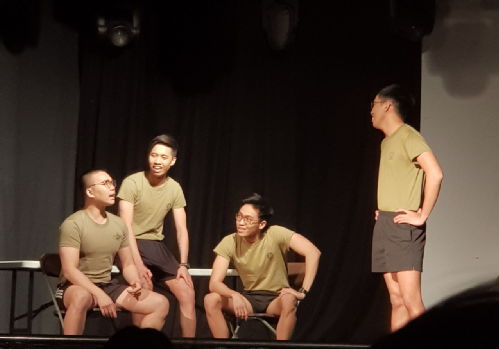 As the term drew to a close I also made a short trip to London one weekend to watch a musical theatre production at Goldsmiths that a friend from SOTA was involved in. I had a great time catching up with old schoolmates and learning about their personal journeys acclimatizing to English weather and university life. 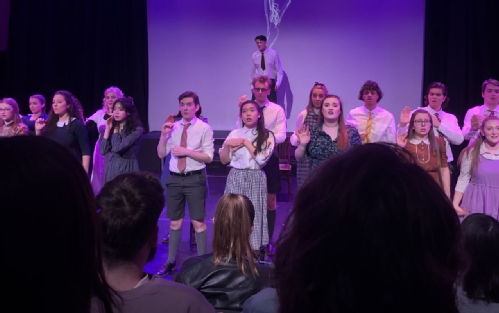 On the Societies front, it was election season recently and I decided to step up my involvement in a couple of my societies and run for exec. I'm glad to say that I've been voted as the new Outreach Officer of the Biology Society, and will be mainly responsible for coordinating volunteer projects and careers events for the students of Life Sciences in the upcoming year. One new aspect that I'm hoping to implement is the publication of a guide for prospective applicants to the School, as I remember wanting to learn more about what life as a student specifically in Biological Sciences would be like.

After Easter Break it's the exam term, which I'm expecting to be hectic but still fulfilling. Still, with less lectures (as I've completed lectures for quite a few of my modules) I'm planning to attend more society sessions that I couldn't before to de-stress from studying and coursework.