(This post has been reuploaded at a later date due to some issues with order and publishing!)

It's been a frantic couple of weeks back at uni - a flurry of academic work along with society responsibilities, and now the added panic of applying to Summer internships.

Thankfully, I recently found out that I've made it into Warwick's iGEM team for 2020!

The iGEM (International Genetically Engineered Machine) competition is a worldwide synthetic biology (or SynBio) competition with thousands of participants from hundreds of universities. I'm incredibly excited for this - not only because I'll get to work in a lab over the Summer at Warwick, making use of the amazing lab equipment and facilities that the School of Life Sciences has, but I'll also get to represent Warwick in the annual iGEM Jamboree conference/competition in Boston at the end of Summer! It will be my first time in the US and I'm feeling the same excitement at theprospect to explore a whole new place, as I did in the weeks leading up to starting first year at university in Warwick.

Most importantly however, I hope to utilise my role both in the wet lab and human practices, outreach and engagement, to do my part in preventing the misconception that genetic engineering is inherently bad. Though genetic engineering may seem "unnatural" to some, this is very much an exaggeration and unnecessary worry in most cases: genetic modification has been carried out for thousands of years - ancient farmers choosing to collect/breed seeds from the stronger crops for the next harvest is also a form of genetic modification! Even for more "serious" genetic modification such as those done in food labs and bigger farms, we would not have much of the produce that we have the luxury of buying in grocery stores today, and even more underprivileged people in this world would be living in poverty and malnutrition.

This is an issue still very fresh in my mind as I write this, as I've recently submitted a Genetics & Genomics laboratory report on beans and how modern plant genetics could help smallholder farmers in sub-Saharan Africa breed efficient, productive and money-earning varieties of beans to feed themselves, their families and their countrymen. I truly appreciate how my degree in Biology isn't just consuming and repeating straight scientific facts, but there is also so much thought on the socioeconomic and practical aspects of all this biological data and knowledge. Though I am not personally interested in pursuing plant sciences in my research career, I had a blast researching and writing this report as it forced me to consider not only the complex genetic inheritance of traits like bean seed coat colour, but also how advancements in crop science would affect the livelihoods of farmers in a totally different continent. 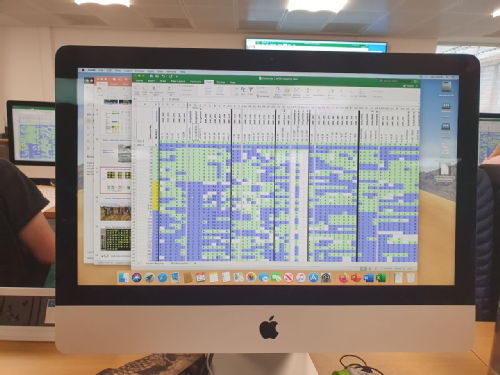 A photo I took during a second year genomics lab session

It made me aware of many caveats I would have probably never thought of on my own, such as how the mostly female smallholder farmers in sub-Saharan Africa (who also are tasked with tending to the crops, sorting the produce and selling them, as well as household matters like child care, fuel collection, cleaning and cooking) consider a shorter cooking time of beans to be a desirable trait. Phytohemagglutinin (PHA) is a toxic compound present in many common bean varieties that causes poisoning in monogastric animals such as humans. PHA is only deactivated after long enough cooking times, usually at least of several hours. Such cooking times are a rather inefficient use of fuel and time, and modern plant genetics could aid these multitasking farmers in potentially reducing or eliminating PHA in new breeds of beans, or at least reducing the cooking times needed to degrade this compound.

During the iGEM interview, the candidates and interviewers had some quite interesting discussions about the public perception of genetic engineering, especially that that affects our food crops. Part of my interest in joining the iGEM team stemmed from such mislead public perception (I've heard plenty of people complain about "GMO food" despite not even truly understanding what it means and what life would be like if humans had never done any genetic modification of our food.) The iGEM foundation's emphasis on clearing up such misinformation and gaining public trust in our projects, which are truly developed in an effort to improve the world in various ways, is something I personally related very much to as someone wishing to pursue neuroscience. Misconceptions about all the sciences are rampant but for neuroscience especially people seem uncomfortable to talk about their brains and that of others, to quote Ed Boyden (the founder of optogenetics).

I made Milo flavoured cream puffs for SingSoc's fundraising! I chose to make these as I felt they'd be both a welcome reminder of home for Singaporeans while a very unintimidating introduction to Singaporean food and culture to any non-Asian students visiting the food fair. Morning on the day of the fair was quite frantic as I had received 63 orders! 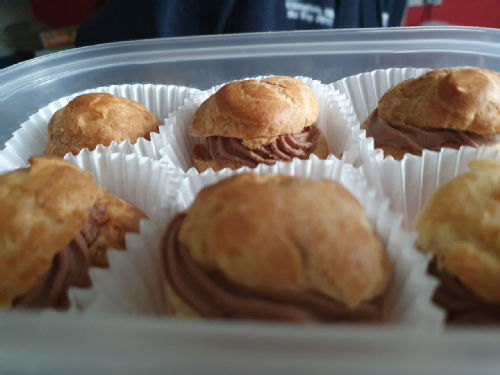 They proved very popular at the food fair, as it turns out even the extra batches I had made weren't enough to keep up with demand! I also took the chance to catch up with my SingSoc friends, particularly those that I met all the way back in July 2018, before even setting foot in the UK for the first time. As always, they proved to be a comforting and welcoming community that I could rely on to share our uniquely Singaporean experiences since we'd last met.

As part of my responsibilities as the Outreach Officer for the Biology Society, I'm in charge of coordinating our volunteering team. I held my first volunteer meeting in Week 2 to discuss topics and resources needed for Warwick's Bright Stars programme, where students interested in attending certain subjects in higher education will have the chance to explore what it's like to be a university student in that subject. Later this month is the compulsory safeguarding training for my volunteers, and afterwards we can really get into the volunteer work that we've been gearing up for! As I've mentioned many times on this blog, this is a very exciting prospect as all my volunteering roles before this were largely limited to small groups, but with the Bright Stars programme we'll be able to (hopefully) make a huge impact on many groups of children from different schools in Coventry and Leamington, many of which are considered "Widening Participation" schools and thus have many students on financial aid, free school meals or are otherwise disadvantaged when it comes to applying to university. I also wish to emphasise and encourage more potential first-generation students into my subject, obviously fitting into this demographic myself and currently having the time of my life in university.

In order to refresh myself on the safeguarding training I did in first year, I attended another 2h session with UniAssist (a program in which I am a mentor) and was reminded of all the intricacies of spoken and body language, and its importance in interacion especially with young persons. Thankfully I can draw on my experience of teaching back at Presbyterian High School before coming to university, even though at the time I never really thought more about how my experiences back in 2017 could affect me even 2 years later. It's a timely reminder to appreciate any and all experiences that I can take part in.

On the fundraising side, I've recently held another bake sale for BioSoc to raise funds for BBC Children in Need as well as for our upcoming BioSoc Ball! I'm nearing the end of my time as the Outreach Officer for BioSoc and despite the challenges you'd expect, the time spent working on my outreach projects has been ultimately an amazing learning experience. 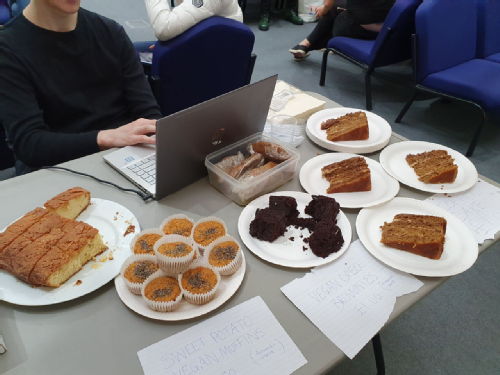 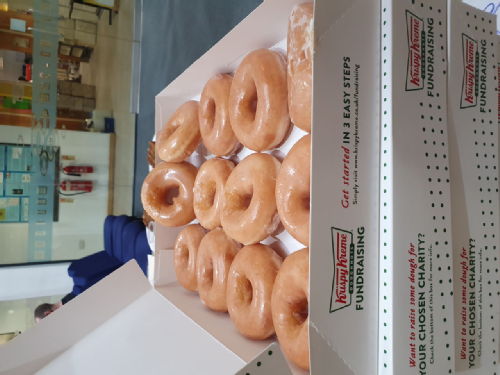