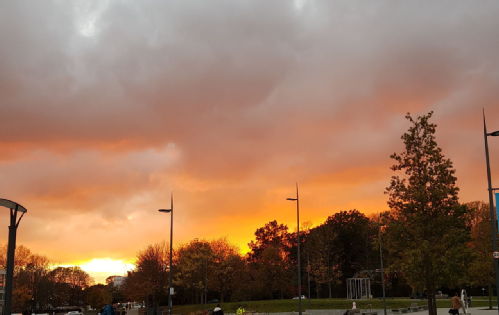 Sunset from the Piazza

Walking around campus still feels strange - it's hard to believe that I am really here. This time last year, I was still sitting for my International Baccalaureate examinations, and would never have imagined that I would end up studying on the other side of the world for university. I'd like to think I've gone through great personal growth since then, thanks to the experiences I've been lucky to have had up until now.

As I prepared to leave Singapore for the UK, I said my farewells not only to my family and friends, but also the colleagues and students I’ve been privileged to have met teaching at Presbyterian High School and interning at the Singapore Teachers' Academy: 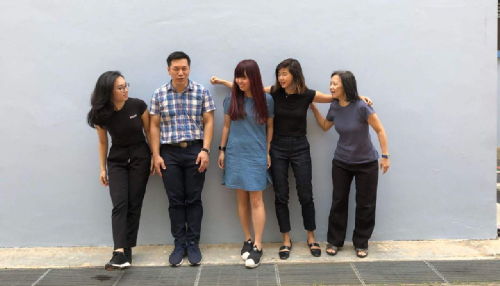 I also had the opportunity to meet the trustees of the Friends of the University of Warwick in Singapore again, at a wonderful dinner hosted at Ms Jean Foo's restaurant Sinfonia Ristorante. Hearing the alumni of Warwick reminisce about their own university days made me even more excited for this next chapter of my life. The previous years' scholars Iffah and Hayati were also there, providing wise advice for my future in Warwick. 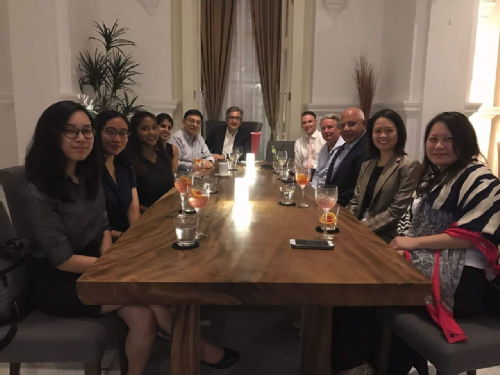 It wasn't all goodbyes though, as I met my future schoolmates at the Warwick Orientation Camp organised by SingSoc, and the new friends I made after arriving on campus. I get along with my flatmates better than I could have ever imagined. 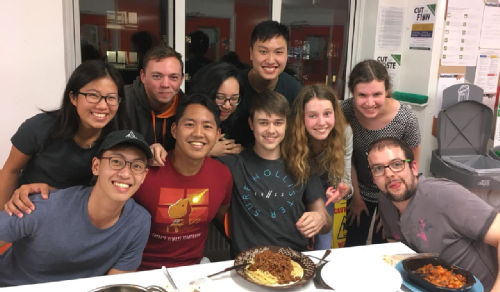 It's been a busy first month for me, having already had 4 summative examinations for one of my biggest modules this year, and plenty of 9-to-5 days of lectures and labs spent at the Gibbet Hill campus. The learning curve along with a whole new level of responsibility for my own learning has been inevitably steep, but thankfully the School of Life Sciences provides ample support for its students. An optional module called Science101 has weekly sessions on a variety of helpful topics, such as how to construct good lab reports or navigate scientific literature. It's followed by BioCafe, an hour-long session where seniors come in to give us pertinent advice on studying biology and staying on top of work and student life. It's reassuring to realise that not only does Warwick have a plethora of resources for us students, but also helps guide us in using said resources effectively.

The Labs I've had so far have been incredibly enjoyable as well, with sessions much more independent than I've had before. We're provided with a good balance of background support and freedom in undertaking experiments, the most recent of which were exercises in Gram staining and observing 10 different strains of bacteria. Unlike earlier in our schooling years we aren't provided with a model answer to work towards, but are encouraged to come to our own conclusions based off the results we observe.

Apart from academic work, I've applied to become a UniAssist mentor for local students from low-income backgrounds who are the first in their family to apply to higher education, inspired by the people behind the Friends of Warwick Scholarship. Though the selection process is still underway, I hope that I will be able to contribute to this cause. I want to use the privilege I've been given to study here to help others, and I aim to use my experience of being a first-generation university student from a low-income background myself to provide support to future students in the same boat.

I'm also a new member of the MindAware Society, which campaigns to raise awareness and fight stigmas surrounding mental health, including providing workshops for younger students at schools around the area. Though we have not yet embarked on our first journey out as volunteer training is still underway, I am excited to be involved in a cause I am passionate about. Other events I've attended include CraftingHappiness, where we design and produce craft kits for patients in University Hospital Coventry and Warwickshire. Most recently, we made individualised cards and picture frames for the beneficiaries of PostPals, a charity which supports children with life-threatening or terminal conditions and/or are frequently hospitalised. 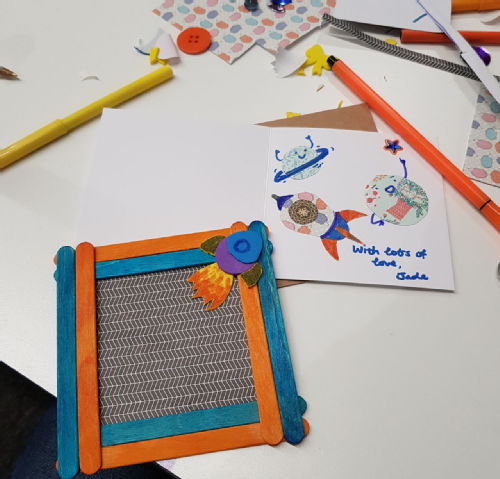 Despite the great workload expected of higher education, I've fortunately been able to carve some time out to explore the towns off campus. Before Welcome Week I took a coach to Stratford-upon-Avon, which on top of the significance it holds for any student who has studied Shakespeare is simply a beautiful place to be. And of course, I had to visit Coventry city centre, Leamington Spa and Birmingham as well. 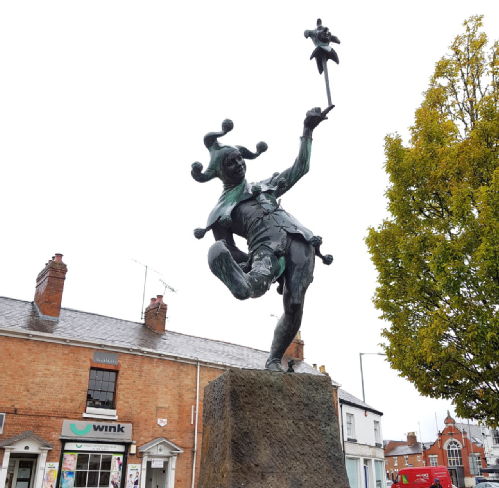 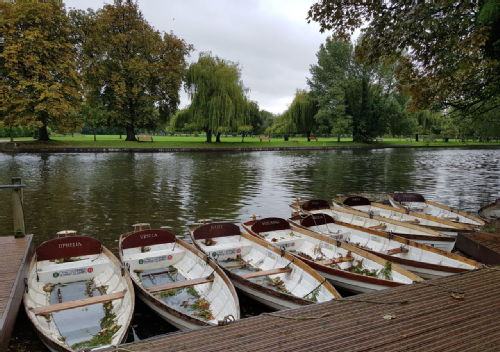 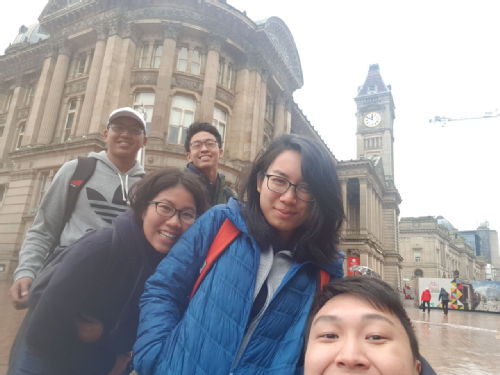 The outs & ins of the Birmingham Museum & Art Gallery 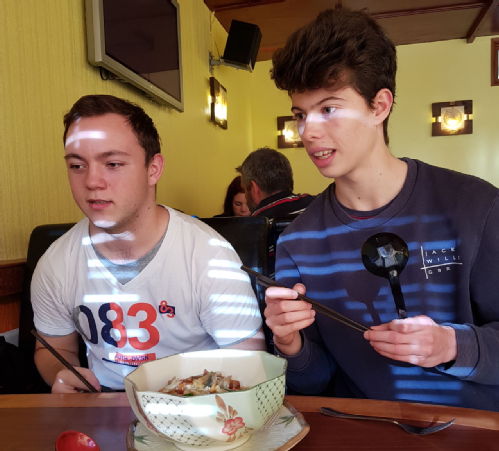 Teaching my flatmates to use chopsticks at Noodle Bar in Coventry

Even on campus, I greatly appreciate the lush greenery at every turn. Though the walk from central campus to the Life Sciences building may be a bit of a trek (over a kilometre each way) I really enjoy the views: 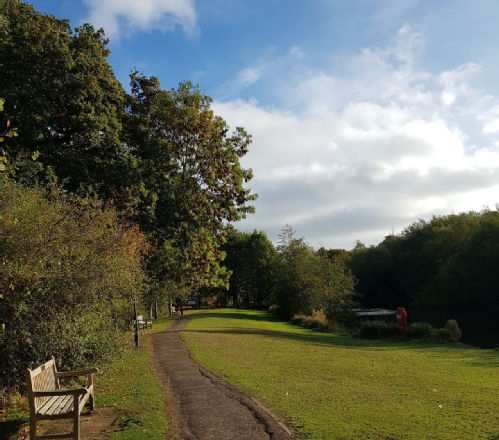 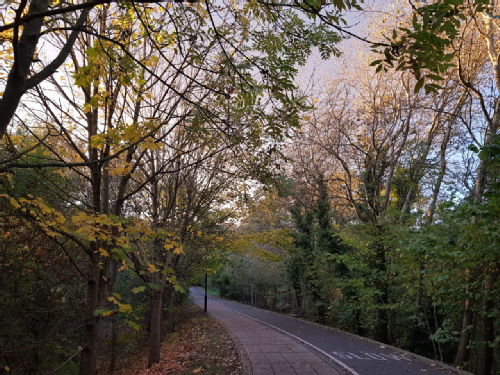 I've been having the time of my life so far - so many things are happening all the time and I am so excited to see how the rest of term turns out. This week I've applied and been interviewed for the position of Student Director for the International Conference of Undergraduate Research taking place on campus in September next year. Decisions are not yet released, but no matter the result I am set on involving myself in ICUR 2019, even if just as a member of the audience. Just earlier today, I attended a concert in the Arts Centre that one of my flatmates was performing in, and revelling in the talent of the music societies at Warwick being a great way to end off the week. 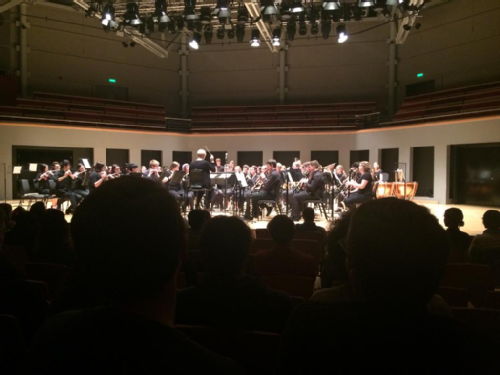