This Man Stole My Heart… 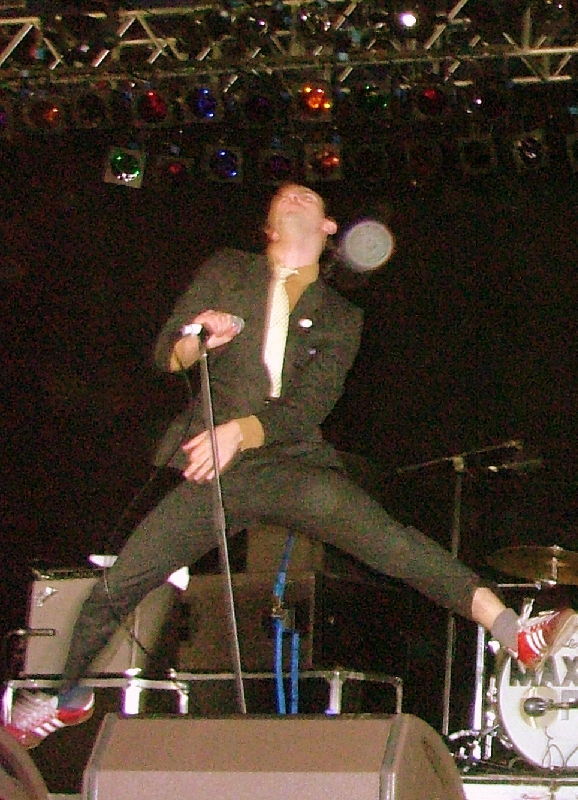 As I pretend to revise Stanislavski;s role in the Rise of the Director I listen to:

Alas Agnes - The Mystery Jets
Awesome band from my local area who've suported British Sea Power, Bloc Party and The Futureheads
They also sung to me once

Truely astonishing album (Funeral), and this one ain't half bad neither

The White Stripes - Take Take Take
Described by NME as a bluegrass Stan, this is a song off their new LP about Rita Hayworth from the point of view of a besotted fan. Jack White has excelled himself lyrically and musically on this track, a trend that is the case right through Get Behind Me Satan. Apparently Jack White got married yesterday which seems curious in light of the bitter, lonesome feel to the album....hard to know what to believe though when its being billed as his first marriage

Few Things To Clear Up – WERLY GIG2005 (aka another drama social)

Tickets One Pound More On The Door
Though for the acts playing it is sure to be a get-your-moneys-worth kinda deal:

The Trend
'Chris Martin-They are better than you, mate" Glasswerk 2005

'G' Is For Giles
Jack Johnson-alike with suntanned, mature tunes