Today we made a lot of progress in our installation piece.
Where before i was confident people would produce excellent work, but was unsure of the structure or the interest of the piece, now i am sure that we have an overall vision and a goal that were are aiming for.

Firstly it should be said that me and Ian (after lengthy, yet exciting, hours over his computer) have finished our sound clips.
Following our introduction clip that features orchestral music and a synopsis of the play in laymans' terms we then created a ten minute clip that brought the OPPOSITION between men and women in the play into the realms of debate. For this we used the sound clips that me sarah and zoe had acquired on the 'streets' by questioning people who had no real sense of the play what they thought of the themes.
We layered on top famous and familiar clips that would immediately make the audience understand this theme of man vs woman and the rights of both. These included:

David Blankenorn on Civil Liberty
Germaine Greer,Fay Weldon and Margaret Thatcher on feminism
Sound bytes from a book entitled Young Women, Feminism & The Future
Clips from The Center For Bio-Ethical Reform on the argument over abortion
The Futureheads' Stupid And Shallow, bringing in the question of gender superiority

When we all came together for a group discussion The Rothelite and myself expressed our concern that the interest would fizzle out slowly during the piece.
it was also decided that our overall concept should be made far more clear, removing the ambiguity of the piece, and that we should really exploit the battle of the sexes.

After a PLETHORA of ideas we came up with this stage plan:(thanks to ricardo for some awesome labelling) 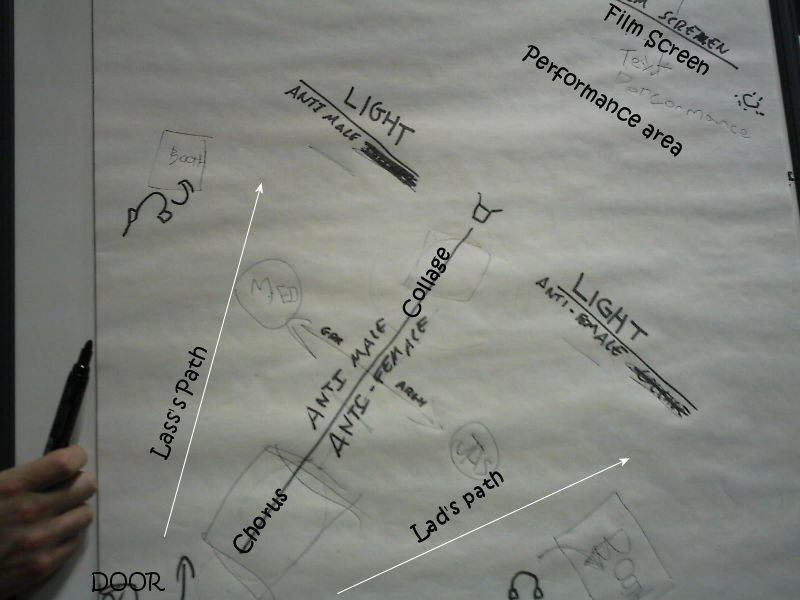 The things we came up with include:

The audience coming into the space, and penned in by the doorway somehow. It is pitch black
'Ed's Intro' (as it shall be known) comes on, introducing the ideas of the play. As it goes on (two minutes) parts of the installation light up, coming to life (art, booths, lights)
When all the lights are up and the sound is over, the audience - either by video, or more likely sound - is told how to proceed. Lads right, lasses left!
The pathway is mainly divided by the double sided grand collage which incorporates elements of news articles, classical art etc. On one side there is a female bias; male bias on t'other.
Flanking the collage are the Chorus who introduce the ideas of the play using song and dance and body.....they are masked, as are the other performers who control sound, light, film etc
At the end of each pathway are screens with light projections and silhouettes, creating mood etc and showing interesting images.
As the audience look at the chorus, art work, lights etc a performer on each side of the barrier act. They are Jason and Medea and battle through the canvas verbally bringing up sex issues etc. This is reinforcing the battle nature of the piece.
Also included in the pathway on each side is a small dark booth containing a directional speaker. I like the idea of the audience members going in with curiosity and actually engaging with what is going on. Playing in them will be me and Ian's long clip that is all about contemporary sex issues. In the booth there could also be physical or visual elements..but not sure!

When the audience have fully engaged with all the pathway goings on the two light screens with lift up….and the film will come on.
This will be a film showing man versus women and interchanging poses etc, questioning the nature of both the sexes. There will also be dialogue – inaudible at first – from the text…culminating in the final dramatic scene between jason and medea.
The film will segue into images of kids playing nicely and then go into red spots. As the film progresses (four minutes?) Jason and Medea will converge towards the screen, watching with curiousity.
As the children come up they will get closer, ending up embracing and kissing
The Chorus will then take down the sheet that the film has been shown on slowly and, as Jason and Medea embrace, wrap it round them, until the couple end up together on the floor (in bed)
This puts the emphasis on the blame and guilt of these two, and the film's images will be projected now onto Jason and Medea.

If You Ain't Tuned In, You Aint Turned On!

Its the livelier way to lie in!

Hey Kids!
Its 'In Bed With Jack and Ed Please tune in this Sunday
9AM til 11AM

The experience will be as enjoyable as marshmallows and lollipops

Much love
Jack AND Ed 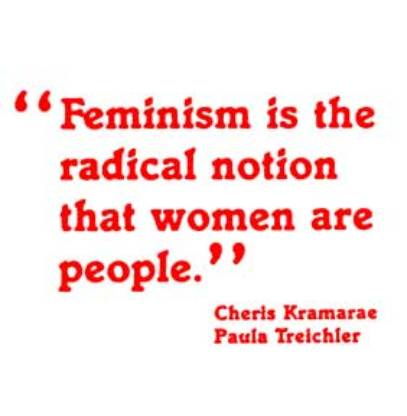 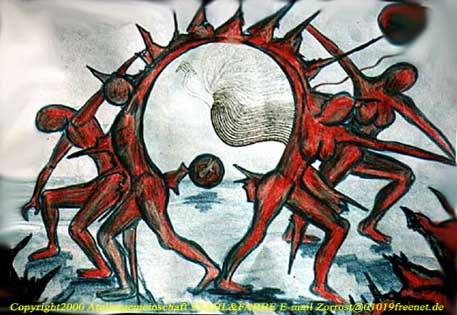 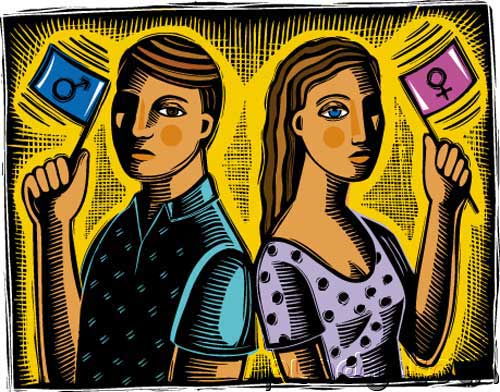 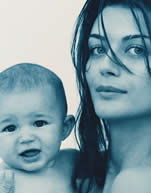 Today we had our second session for this 'Medea opposition' piece.

The discussion decided on a few main areas:

SOUND CLIPS/STORY TELLING myself and ian

The discussion before hand i felt was good to consolidate ideas but different prvate discussions (only through everyones enthusiasm) were detrimental to the group
We decided on overall themes, fuelled groups ideas and talked about how it might look etc.

Me and Ian recorded some of our sound clips on to his computer, then manipulated a short passage which we intend to use as the opener.
It creates an eerie effect which will work at the outset, and also finishes on 'and thats the start of the story'. at a playback (!) for the group it seemed to go down well

I liked the work of the film/performance group and their ideas for the man/women comparisons on the silent film.
They also had the idea of using The Beach Boys' Wouldnt It Be Nice to images of children's death – this highlights the horror and the question of who could do this (man?women?monster?) – the idea of putting it on headphones adds to this – it creates a more insular sick moment and also puts the emphasis on the person who has put on the headphones and chosen to engage with this.

So far this is how i see the performance going:

Obviously this is my own thoughts and solely a rough guess i thought might work. I am sure it'll change a lot.

I would like to see, on top of our main three (art, tableau, film) elements smaller on top. People coming in quickly? A small monologue? Dont know really – but i know interst has to be maintained on top of these things with additional moments.
I like the room screened off, i think this will be a nice piece of work and i am enjoying the challenge.

I had the idea after i left the rehearsal of a small booth with one performer in it…? This was inspired by Hugh's statement that our theme was really focussed on the break up of relationships.
I thought that an audience member would be curious to come into this small booth and then when wentered he/she would be quizzed about the break up of a relationship for a few moments. This would bring an interactive element, and i would make it as non theatrical as possible so not to make it over the top or trying to be interactive for the sake of it….like we genuinely want to ask them. It would also in their mind clarify the overall theme of the piece and bring in a new dimension which would benefit the piece…?

After splitting into two groups (created by a difference of opinion..us the thinkers, them the arguers) we were given the broad task of responding to Euripides' text in a selected style….film, text, presentation, peformance, art…whatever i guess!
We divided into sub groups to carry out suggested research –

Film research (apparently 'rubbish' is all they got!)
Library and Internet research (including some good myths - the corinthians killed the children and bribed euripides to write the play)
Sound Clips (in which we asked questions inclduing reactions to simply greek tragedy and medea, then specifics of man vs women opinions, social view and also about the break up of a family. We tried to ask a wide range of people and managed to get a father's opinion which was very interesting)

When we returned we talked about how we'd like to present our response.
It was the groups opinion that we should create an installation piece involving art, sound, film and performance. As well as challenging the group and creating an interesting and new creative oppurtunity it allowed us to divide into smaller groups to focus on one area. However we decided that we should definitely bring everything back to the group to give everyone creative input.

I decided to focus with Ian on sound clips, though i have an interest in the performance also.
The group wanted to create a piece that was a sensory experience with as much interest as possible.
We settled on a theme for the installation – OPPOSITION - and talked about bringing in modern gender ideas like feminism and the like.

We want the 'performance' to last for approximately ten minutes, with the audience having the control over what they look at, with the studio divided into different spaces and experiences.

Like Owen I am excited at the prospect of creating a piece of work to be proud of with creative control and a blank sheet, though i feel very much that Hugh is offering advice when it is needed, and looking over our work, which i feel is helpful

Maximo Park, The Rakes, Mooney Suzuki, The Others…all in bed with me

There was this guy right. And he was like here at Warwick, kind of thing. And then he found like this other guy right…who turned around and was like hey dude i'm ed an'that right, so lets like - go to bed dude

and then right this weird sort of thing happened like all these kind of rock stars and junk started coming into their bed and recording interviews and making all sorts of kinda like fun things.

the best thing is that you can hear all these things and see pictures and also post on their forum and junk and stuff….its all well wicked. 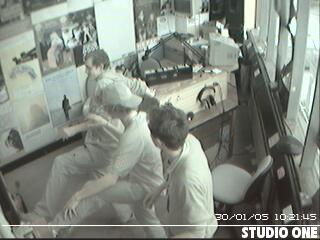