I want to start my first ever blog reflecting on the first two weeks of the Sports, Philosophy and Practice (SPP) program with IATL. My first impressions are that I’ll be able to investigate some issues I’m passionate about in numerous ways, and the session on play really broke this down and gave me a lot of inspiration in how I can personalise and interpret the course content. My blog posts will look to reflect on each week’s sessions to share how it applies to my understanding of sport, philosophy, and practice.

First of all, the concept of play and games is extremely intriguing for me. I personally come from a sporting background. Sporty parents meant that I have been a competitive athlete since I was thirteen, hanging up my spikes to work on myself in the gym at the age of sixteen. Interestingly, my passion in sport originates in one of the most classical forms, athletics, but is now majorly in the most modern and debated forms of sport: esports. 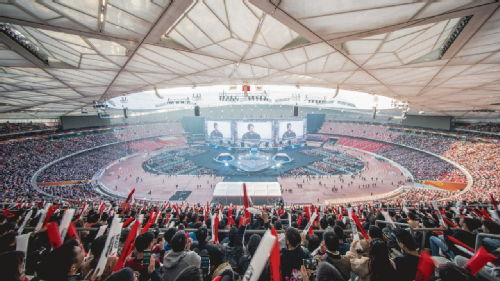 In case this is an alien concept (as it is astonishingly new), and for the sake of creating a basis for the next few weeks of blogs, I’ll outline the esport context. It is essentially identical to traditional sport, a competitive game played with high levels of physical and emotional exertion. However, there is controversy from traditional sports fans due to the virtual notions of the sport. Though I am bias, I want to explain the parallels with the professional sport scene: athletes play over twelve hours a day, practice tirelessly and are payed to do so, competing on a weekly basis in front of crowds of fans. What’s different between that and a footballer? Very little, they deal with physical issues such as back and wrist injuries, along with especially higher levels of mental exertion than most traditional sports. My background is in League of Legends, as esports, like traditional sport, is separated into many games. It’s the same concept as how a rugby player doesn’t compete in football, a League of Legends player doesn’t compete in any other game. Not to mention that this scene garners crowds of thousands that fill stadiums like the Birdcage, Beijing (see image).

Nonetheless, this huge concept which holds an essential role in my life, my goals, and my career aspirations, is debated in a lot of western households. So, breaking down sport as a refined version of games, deriving from ludic play, helps me grasp and explain esport’s role in the world. You can outline this by looking at the most traditional origins of sport, games of strategy that refine your physical and mental abilities. Sport makes you ‘stronger in their thinking or in the use of their bodies’, which the Athenian philosopher Isocrates stated is the purpose of the ‘twin arts – parallel and complimentary’ (Connor, 2011).

This, for me, is exactly how I feel about sport, as a way of refining and developing one’s self and becoming strong in every sense. Fundamentally the reason I go to the gym is not to make my body look amazing, rather to continuously break down physical, emotional, and psychological boundaries. This allows me to further myself and be a better person day in and day out. That is what sport is for me and that is why I connect with esports just as much as I connect with my passions of athletics and football. They are, identically, displays of a collection of people who strive towards greatness in their field.

The Greek philosophy of Arete is one that stayed with me since my A-level studies of philosophy, and its application to sport completely aligns with how I connect with sport. A great athlete is not a braindead muscular person who does what his coach tells him, like a pawn in a game of chess. A great athlete is an intelligent player who has refined his body to suit his game and uses their knowledge and commitment to the sport to win through strategy and skill.

Finally, notice my use of ‘game’ there. Sports are games with added exertion, strategy, and rules. They become methodical, like an elaborate equation, they follow processes and rhythms and rules that are governed by the teams and those who strive to and ultimately become the best. This is what defines a sport from a game, and on a lower level, rules and strategy is what defines a game from simply ludic play.

In the coming weeks I’ll break down the concepts around sport and how I engage with them. But, I wanted to open my journey with my understanding of sport and esport, my standpoint, and my views on why sport is so significant to humanity.