iAnnotate is a sophisticated iPad app for managing, reading and annotating PD aF files. As I'm an active researcher, I have to read many such files, often downloaded from journals (as text PDFs). I have also sometimes scanned chapters from books (as image PDFs) allowing me to read them on screen. I have a large collection of PDFs in Apple's own iBooks app, and am now slowly moving them into the much more sophisticated iAnnotate.

Here is a screen shot to illustrate what I am talking about. It is a page from an image based PDF of a chapter by Bruno Latour (from his web site). You can see the annotation tools on the right. This toolbar can be reconfigured with many more options, including different coloured highlighters, pencils, typed text (the typrewriter icon). On this page I have scribled some annotations, typed some more detailed annotations and highlighted some text. I used an AluPen stylus to write the annotations (£20 from the Apple shop in Leamington, also good for general typing and usein the iPad interface). When working with text based PDF files (of the kind usually available from journals), the text itself may be selected and annotated more precisely. It can also be copied and pasted into other programs (like Pages the word processor). In this example you can also see that I have two documents open, displayed in tabs along the top. I can switch between them easily, or tap on the currently displayed article to go full screen with no tool box or menus.

Two further tools that I haven't used: using the iPad's built in mic I can add audio comments; the PDF can be sent by email, including a summary of all of the annotations. These features suggest a particularly important use - on screen marking of essays. Most academics I have talked to about this have said that they sit in a relaxed chair when marking, not at a desk. So marking on an iPad might fit. It is also known that audio feedback can make a significant difference to some students. 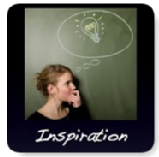 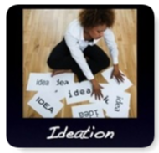 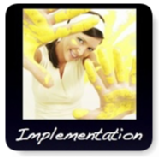