In this MSc program it is common practice to work in teams. And of course this practice represents how companies work to a large extent. So far, I've been working with most of my colleagues and sometimes things run smoothly whereas other times are more problematic. But what we experience here is like a 'miniature' of the real world. Most of the times you don't have the luxury to choose your team. Instead a team is assigned to you! And if happens you to be the leader, you need to make sure that team members are commited and actively involved. But in order to have the best results possible, engagement is essential. Just have a look at the picture. All people need to bring the letters to make the word, and not just sitting and watching others do everything. Not only because other members may put more effort on the common task (which is very important), but also for having a common sense of ownership.

Linking this idea to knowledge and asset management, team work is vital for these tasks as well. Either if it is KM or AM, all employees in a company need to be engaged, not just committed. Because the activities involved in managing knowledge and assets cannot be owned by a single person. They require team work.

Of cource commitment is paramount and the first step for good results, but engagement can bring excellence. Nobody gets fit by watching other people talking about fitness and working-out, neither by reading books! You have to practice it, i.e. start working-out! Thus, the same idea can apply to leadership development. No matter how many books you read, how many courses attend or go in seminars and so on, the leadership ability will not be fully developed. You have to practice it! And the more you practice it, the better you become!

Attending the TEDx Warwick today, I had the opportunity to watch a video about leadership which enhanced my understanding of leader-follower behaviour. That particular video shows a man dancing alone in a park where a lot of people are hanging out. At the beginning he is the only one who dances. After a while a second person joins him. As the video points out that's the time when the leader has a meaning! As the time goes by more and more people joining the funny dancing and almost everyone follows the leader.

Although it is very logical that when the first follower appears the act of leadership is actually happening, I haven't thought about it. Indeed, if someone is at a park and starts dancing everyone thinks he's being crazy. But when the second person joins in, and then the third and so on, the whole deed seems like a movement!

Despite that I didn't totally agree with the definition of leadership that says that someone is a leader when (s)he has followers, that particular video made me reconsider the value of followers. Of course leadership is an act that involves more than a leader-follower relationship, but when the first follower appears the leadership can start happening!

Here's the video and I suggest those who haven't seen it should give it a try! And who knows, maybe we all can start a movement and become leaders in just a second! Strategic leadership seems important for all companies as it is about the strategy and vision and how the leader translates thems into every-day activities, so that people are connected with the organisation. The strategic leader needs to foresee and create the future for the company and prepare it as well for future challenges.

One important aspect of the strategic leadership is when it comes to take advantage of current opportinities which will make your company stand out the competition. And here comes the problem. Most companies will go for the same opportunities more or less, because it is what they know. For example, they may produce a by-product under their current portfolio.

Nevertheless, the challenge is to exploit or create an opportunity outside the comfort zone of the company. As strategic leadership includes the element of shaping the future, it seems very tempting to identify a new opportinity in the market that no other company has thought before. In fact, though, there are so little companies that try something completely new.

And the reason for this lies in the limitations and the resistance in change that most leaders face within the company. It is due to stakeholders that many innovative ideas fall apart, either because they don't understand or because they are afraid of change.

The purpose of our PMA is mainly to coach the CEO and one director of the company. Hence, we need to act as coaches to make them develop a more effective leadership style. In other words, we offer them some sort of leadership development program.

However, coaching these people usually is something that happens once and not in a regular basis, like in the case of WaveRiders. Therefore, it's possible that the learning generated during the LDP to last only for a short time period and the leaders who have been trained won't apply what they've learned in practice.

Exploring the literature on leadership theories and on leadership in general the more I am convinced that leadership is a personal matter in the first place. So, if you want to become an effective leader, in case you aren't, you need to understand the need for change. And it's you, no-one else, that can do this for you. Of course, friends, collegues, team mates, family, consultants and so on can tell you some areas for improvements (as we call them here in WMG), but if you don't realize that you can improve your skills, nothing will change.

Each one is the leader of oneself. In this respect, we determine our path to a great extent. In practice that means that we are responsible for many things that we may not realize. Accordingly, when we will be in leadership positions, we will determine the luck of a department, its people and even the luck of an entire company. Thus, if we aren't the effective leaders that the circumstances will demand, it's never too late to become one. Only, if we realize that leadership is personal and the change starts from inside us.

How many leadership theories can exist? 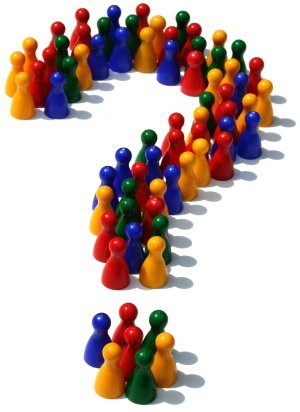 And I'm pretty sure that most of you will suggest that there's a logic behind it, that of people's personality. I thought about it as well and it's a good and sound explanation. But, according to the field of psychology an individual's personality can be explained or rationalised with certain models like the Big 5 personality dimensions and so on.

Therefore, I'm not really sure if there's a need for all these theories (without challenging the contribution of all those academics and not in this field). And if so, why?

Now that the module is over and I had some time to think about it, I focused on my experience as the leader of a team. I had the opportunity to led many times and I'm thankful for it.

I want to focus on the fact that when my team won their feedback had only positive comments and no areas for improvement. And I was particularly interested to seek less postive feedback in these cases. On the other hand, when my team didn't win there were suggestions about improvement. I know that all cases were different as the team members weren't the same, neither the situation. I also tried to justify my 'perfection' with the fact that in that particular situation as the leader I had what my rest team wanted, whereas in the rest cases my team members wanted or expected more.

But my question is that: when everything goes well and your team wins or achieve a goal, is always with a perfect leader who hasn't a single area for improvement?