During this module while we were working on creating a plan for a company about its asset management, the financial aspects were at the back of our minds. Of course we knew that we were dealing with a SME, thus we didn't consider anything extravagant. It is true that some things in improving AM may cost nothing in terms of money.

Nevertheless, it is natural that some suggestions will require spending certain amounts of money. But on the other hand, it is not advisable to companies to spend more money on things that cannot afford. So, can a company do both? Improve significantly its current practices and spend as little money is possible?

To my mind, this in not always easy. A certain budget needs to be allocated for improving the asset management activities, but it needs to be flexible. Because, if companies want to improve their AM, but they have only financial criteria during their decision-making process, instead of the potential long-term benefits, then excellence seems impossible.

KM not only in companies!

Knowledge management is not important only for the companies, but for students as well! Let me explain what I mean by that. Today, after the team presentations we had a discussion about them, concerning more technical aspects of them. It was a common agreement that our presentation skills have improved significally! Yet, there are more things to be done in order to achive excellence in this part!

Although I was very confident about my team's presentation in the first place, we didn't actually have the time to finish it. As this thing has happened before, in other modules and other teams, we should have been more aware of it. Instead, we were thinking that we will have the time.

Thus, the 'lessons learned' for me from this fact can be compared with what companies can learn from KM. All the time knowledge and learning is generating. But you need to manage how to apply them, and what to include so that you pass the message across. 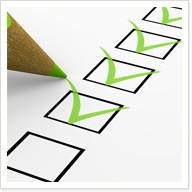 Can excellence be achieved…?

Follow-up to Managing knowledge and assets: easy or difficult? from "It's not a MBA, it's a MBE"

In my previous entry I posed the question if excellence in knowledge and asset management can be achieved within a company. And the answers I got so far indicate that indeed, excellence is possible by having the right people and right infrastructure.

However, I am still not totally convinced. My 'inhibitions' lie in the fact that both issues are too big to be addressed properly or at least sustained over time. But just for now let's assume that attaining excellence is achieveble. Then, how can a company (company 1) be sure that it is considered as excellent in these fields? And don't just say by self-assessment and benchmarking! Because this is like comparing and competing with other companies which one knows the most things and manages its assets better and so on...

And is it possible that another company (company 2) does something differently in knowledge and asset management that puts it in a pedestal of excellence that the assuming previous excellent company (company 1) does not?

A Greek philosopher, Socrates, said that “The only true wisdom is in knowing you know nothing” and as long as we live we keep learning. That thing also applies in companies as employees are those who learn. Aren't they...?

Knowledge management and asset management are two quite broad issues that companies have to deal with. Each one, and even each perspective of them, takes a lot of time to be explored and understood. Yet, an exellent company needs to address both in such an effective way that gives it sustainability and successful results. Thus, how easy can these processes be?

To my mind, so far, these two things, knowledge and assets are more than difficult to be managed effectively! Not only because they are too broad, but also because they involve many people. And usually the more complex a situation is, the more difficult is to handle it properly. And what seems to be even more difficult is to sustain a certain (effective) management level on these issues and the same time to keep doing business.

Therefore, how can a company ensure that it can achieve excellence in managing knowledge and assets? Or maybe there is not such a thing in these areas?