The Supernatural and Suffering in Research: Reflections from our Speakers (Part Two)

In this fifth blog post for The Supernatural: Sites of Suffering in the Pre-Modern World, HRC doctoral fellows Francesca Farnelland Imogen Knoxare back with more reflections from the speakers on how their research intersects with the conference themes. This should give a flavour of the variety of topics that will be explored at the conference! Please register for free here.

What drew you to the supernatural?

Cameron Cross - I first encountered research on the supernatural during my undergraduate year abroad in Heidelberg. I took a fascinating course which translates to ‘Love Potions and Pacts with the Devil: Magic in Medieval [German] literature’. While reading up for the course, it became apparent that there was a considerable gap in current research about how the supernatural can be used to oppress people and characters. I knew I had found the area I wanted to research full-time when I still had questions about that theme still swirling in my head three years later. Two degrees later, I am researching how the divine supernatural dehumanises characters in medieval French and German literature.

Meaghan Allen - I have always been fascinated by the supernatural and fantastic. As a child I collected fairy paraphernalia and loved to read ‘dark’ stories for my book reports. Now, many year later, I am pursuing my passion for the paranormal for my PhD thesis and research, a project that contemplates the complex manifestations of the supernatural and preternatural in medieval hagiography and contemporary horror, particularly (though not exclusively) Buffy the Vampire Slayer and Penny Dreadful. 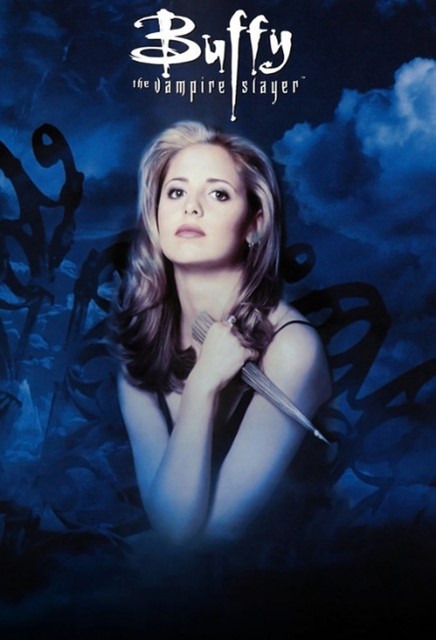 What role does suffering play in your work?

Cameron Cross - I am mainly based in Dehumanisation Studies these days, but my research intersects significantly with Disability Studies and Gender Studies. Looking at the dehumanisation of disabled and/or female characters is what most of my research entails at the moment. Often then involves looking at violence, misogyny and ableism. So, it is safe to say that suffering is a cornerstone of my research. I’ll trust readers not to over-analyse that too much.

Meaghan Allen - Suffering and pain are the main themes in my research as they are the most tangible themes that speak to one another in medieval virgin martyrs lives and contemporary horror. My main question is why? Why do we as humans love stories where bodies, especially female bodies, are put on display to then be battered and beaten alongside immense displays of psychological and emotional torment? What does this suffering do and why do we still tell these stories? These are large questions that do not necessarily have a single answer, but they are the motivating factors in my research.

My friend Elo and I have an on-again-off-again podcast called ‘Modern Medieval: The Podcast’ that can be found on Spotify, Apple Podcasts, and basically anywhere you listen to podcasts. Our twitter is @medieval_modern

Do you have a favourite supernatural story or anecdote?

Meaghan Allen - The British Library has a fantastic book series called the Tales of the Weird that are all fantastic collections of the supernatural, paranormal, and just plain weird. But if I had to answer honestly, I would say my favourite ‘supernatural story’ is Buffy the Vampire Slayer.

Cameron Cross - This is a tricky one. I think my favourite research anecdote is discussing the Old French Fabliaux, a corpus of texts which are as bawdy as they are marvellous. Without going into too much detail, there are one or two stories with wishing magic in them, and it is a rare example of women using the supernatural to outsmart male protagonists and getting away with it. Another are mythical creatures in medieval bestiaries. I took a course on bestiaries, thinking animals and allegory would be an interesting topic to study. I certainly did not expect to find instructions on how to catch a unicorn. 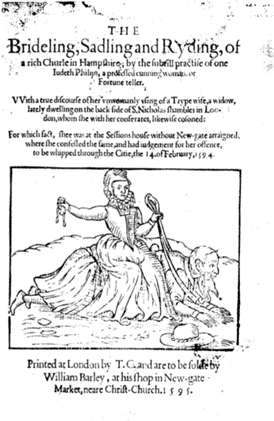 Francesca Farnell - One of my favourite supernatural tales is about one late sixteenth-century wise woman called Judith Philips who could use her mystical powers to summon the queen of fairies - except that all the supernatural elements of this story were entirely fictitious. Judith was, in fact, a con artist who swindled an old miser and his wife, but the specific method by which she did so is what makes her story so entertaining. One day after happening upon this wealthy, but very gullible, old miser, she donned the disguise of a wise woman and promised him and his wife that she could earn them fortunes by consulting with the queen of fairies on their behalf but, to help summon her, the husband first had to allow himself to be saddled like a horse and ridden up and down the garden by Judith. Then they would then have to lie grovelling on their bellies for three hours while Judith met with the fairy queen. After some hesitation, the couple duly did what Judith commanded, while she went inside and stripped the house of its contents. To top it off, she then posed as the Fairy Queen by wrapping herself in a white smock and brandishing a stick, and revealed herself to the couple once more before vanishing away - making off with the couple’s finest linen, several expensive candlesticks, five ‘angels of gold’ and a further fourteen pounds (which, according to the National Archives, would be approximately £2,000 in today’s money). It was several more hours before the couple realised they had been duped.

Imogen Knox - The supernatural story that always stays with me is one that appears as an appendix to the 1681 pamphlet A Strange and Wonderful Relation of Margaret Gurr. After describing the possession of Margaret Gurr, the author John Skinner moves onto another story, that of seventeen-year-old Henry Chouning, of Hadlaw, Kent. One day, while venturing out into his master’s grounds, he encountered ‘a spirit in the form of a greyhound’. Henry was very alarmed when the greyhound told him ‘you must go into Virginia’. This exchange so affected him that he ‘came home in a great fright’ and he grew melancholy. It’s unclear why Henry was so disturbed by these events, other than the fact that he had encountered a talking dog! Subsequently he experienced ‘strange’ temptations, including the desire to go to sea, presumably following the dog’s advice to go to America. With Dr Skinner’s assistance, he apparently completely recovered, and doesn’t seem to have met with any other talking animals afterwards.