Reflecting on the Afternoon: Mobility and Intimacy

Our first papers of the afternoon developed many of themes explored in the previous panel, pushing further our thinking and discussions about practices of home-making and belonging. We designed this panel to centre around mobility and distance, asking how home could be at once imagined and material, a complex composite of different experiences, emotions, and negotiations.

Kate Donnington’s fascinating work on the Hibbert family moved us across the Atlantic and back to examine the complexity of family life between Jamaica and Britain in the late-eighteenth and early-nineteenth centuries. Her paper was carefully attuned to the power dynamics of the masculine space of the early Hibbert world in Kingston, reflecting on the sexual “transgressions” with unnamed women whose lives and experiences remain tantalisingly just out of reach in the archive. Marriage, however, marked a clear change for Robert Hibbert, and Donnington powerfully evoked the tensions which arose between Hibbert’s white creole wife and his mother on the couple’s return to Cheshire.

Alex Lindgren-Gibson then followed with her study of Mermanjan, a young woman from Afghanistan who eloped with a colonel in the British army during the nineteenth century. While the story of the so-called “Afghan princess” has been written about and embellished several times, Lindgren-Gibson’s rich analysis of Mermanjan’s scrapbooks asked new questions about how she experienced her mobility across colonial spaces and how she felt about her relationships. From her romantic first marriage, her more painful second marriage, to the bonds of female friendship, Lindgren-Gibson explored Mermanjan’s authorship over her own story through her sketches. 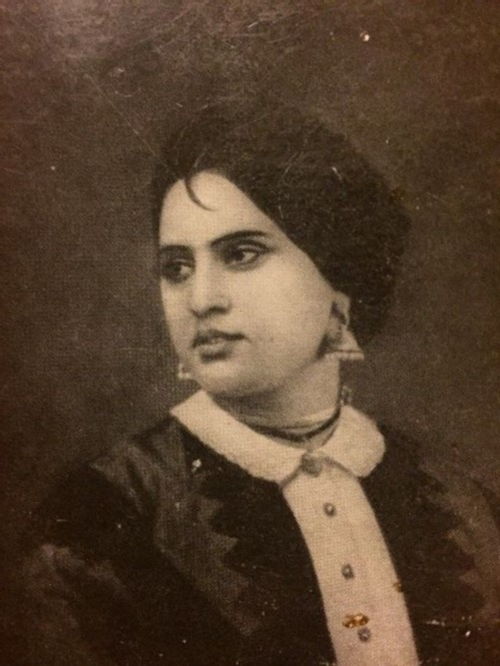 Above: Photograph of Mermanjan in the early days of her marriage - India Office Private Papers Mss Eur E304/, British Library.

Finally, Mikko Toivanen turned to the childhood experiences of mobility and home through the diaries of Corry and Hugh Loudon who travelled to the Dutch East Indies during the 1870s. For these children, their experiences of mobility were disorientating as they compared the new spaces they encountered with the familiarity of home in the Netherlands. Their writing often expressed difficulty at reading gender roles, as well as feelings of discomfort as they came face to face with their own whiteness in the colonial setting.

Together these papers emphasised the intimate bonds and expressions that undercut the mobile lives of their historical subjects. Their focus on personal and private sources, such as diaries, letters, and scrapbooks, suggest the ongoing navigation of identity and belonging that underpinned the colonial experience.

Our final panel delved further into this theme of intimacy, centring the home as a space of encounter. As later questions rightly framed, often the emphasis on home during the conference looked to the homes of those in power. While this panel largely maintained this emphasis, the papers also offered space for new stories and perspectives to come to the forefront.

For example, Marie Grace Brown’s discussion of male Sudanese servants working for British colonial officers during the 1930s powerfully evoked the contradictions and multifaceted relationships that could characterise the employer-employee dynamic. As men employed to perform so-called “women’s work”, these servants effectively ‘ran the bachelor’, holding domain over the kitchen in ways that could both expose and collapse distance. Food, again, played an important role in building eaffective relationships, going beyond sustenance to promote familiarity and sentimentality.

As Brown left us eating ice-cream on the veranda, Rosie Dias followed with a fantastic analysis of the veranda or terrace as a hybrid space where the colonial house did not – or could not – escape its colonial setting. Looking across a range of visual representations in colonial India, Dias explored the gender, racial, and cultural negotiations on display in this blurring space. While Johan Zoffany’s portrait of the Impey family exposes both self-fashioning and anxiety, the works of Julia Margaret Cameron and Marianne North speak to the female inhabitation of the oriental gaze as they photographed and painted pedlars from their veranda.

Dias’s emphasis on visual representations was continued by Ellen Smith who combined photographs and postcards with her wider study of letter-writing. Rounding off this panel, Smith complicated typical post-1857 narratives of colonial India by emphasising the constant lived interaction and bodily contact between coloniser and colonised. She suggested there at times existed an uneasy state of sociability, exposing the moments of tension and misunderstandings on the part of missionaries who might misread important class and familial dynamics. 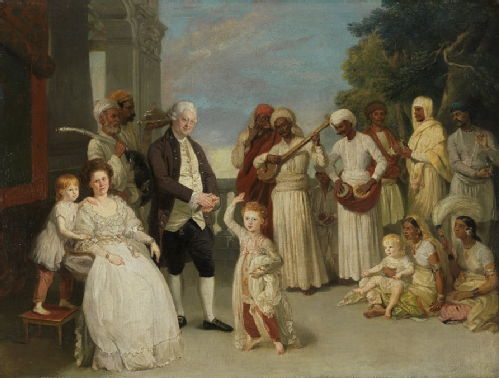 Finally, we were delighted to welcome Kate Smith as our keynote speaker. Provoked by the Ranajit Guha article from which the conference took its inspiration, Smith interrogated the interlaced relationship between anxiety and home in the experiences of Sarah Elizabeth Amherst as she lived in India with her parents during the nineteenth century. Through her journals, Smith identified how Amherst continued to feel a sense of unhomeliness while travelling across the subcontinent, experiencing India as a space unknown and unknowable, while highly conscious of herself as someone subject to the gaze of those she encountered. The journals themselves were written with others in mind, namely her brother who remained in England, allowing her to maintain a sense of belonging and connection to “home” in Britain. This forging of intimate connections while navigating distance also took material forms as the arrival and expectation of correspondence via the packet service was accompanied by long periods of waiting and fears of disruption. 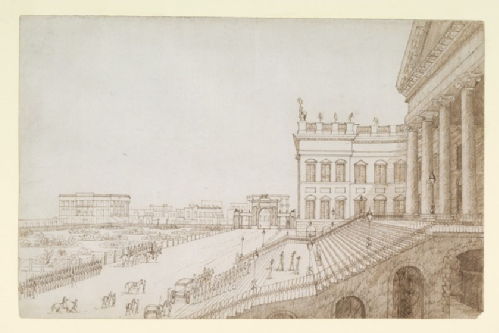 Smith’s keynote beautifully tied together the conference, evoking the key themes of materiality, representations, intimacy, mobility, and anxiety that cut across the earlier panels. In our next and final blog post, we will reflect further on these themes and the next avenues for our thinking and the conference. Until then, we wish to express again our thanks to all speakers, chairs, and participants for making the conference such a rich and thought-provoking event.