In their latest post, Cheng He and Camilo Uribe Botta introduce the final panel for the 'Following Living Things and Still Lifes in a Global World' conference, which takes place on Saturday 12th February. There are also details on the key note lecture. 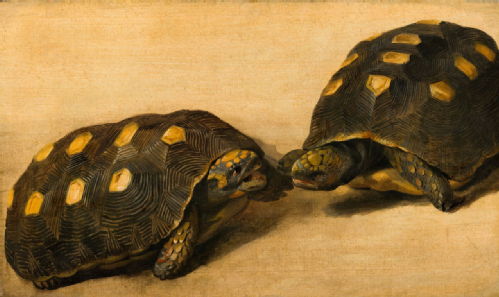 1. Amanda Coate (PhD candidate in History. Stanford University). An Elephant in Dublin: Networks of Animals, Objects, and Knowledge in the Late Seventeenth Century.

Amanda’s paper follows an elephant who died in Dublin in 1681 and was dissected afterwards. She traces the animal back to London, when he arrived from the East Indies in 1675 and also spent some time in Scotland. Reconstructing his life, Coate analyses the networks between different actors involved in the live and death of this animal, mainly the East India Company, the Royal Society, and the Dublin Philosophical Society. It also exemplifies the multiple existence of this animal (alive, dead, represented) and the multiple relations between human and non-human actors in early modern history.

2. René Lommez Gómez (Art historian and curator of exhibitions. Associate professor of art history, cultural heritage and museum studies at the Federal University of Minas Gerais (UFMG), Brazil.) The tail of a dead monkey. Patterns of Brazilian fauna’s representation and the artistic understanding of nature by seventeenth-century Dutch artists.

During the Dutch occupation of Northern Brazil, Albert Eckhout, Frans Post and other artists, crossed the Atlantic to act as painters for Count Johann Moritz von Nassau-Siegen, the governor between 1637 and 1644. They produced hundreds of paper boards with representations of animals and plants from Brazil and other tropical regions. Lommez Gómez analyses some of these representations and follows the original models, dead and alive, these painters used to represent tropical animal species. He aims to discuss the boundaries between the representations of living and dead non-European animals and the attitude of artists towards nature at home and in foreign countries.

Moving to the third paper, V.E. Mandrij looks at the still-life paintings in the context of seventeenth-century Dutch global trade. It centres around the Dutch painter Otto Marseus van Schrieck (ca. 1620-1678), who was active in natural history circles and collecting insects. Marseus developed sottobosco (‘forest floor’) paintings, which depict plants and animals in dark. The paper focuses on the understudied technique applied in the paintings—butterfly imprints (transferring real butterfly scales onto the canvas), and its various functions in art and natural history compared to pictorial depictions of insects in still lifes.

In the last paper, Catherine Sidwell focuses on nineteenth-century Britain. The period witnessed urbanisation, during which people experienced a deep interest in, and nostalgia for nature. Birds were collected, displayed and commodified. In addition, they inspired art in publications and print materials, and were represented in the late Victorian and Edwardian home in different ways. Birds was also an important element in the Arts and Crafts Movement in England, in which artists represented birds as a way of responding to their age and environment. This paper addresses the importance of the natural world - especially birds - to British society, culture and decorative design 1851-1914.

In 1776, the first living giant anteater to reach Europe arrived in Madrid from Buenos Aires. It survived six months in the Real Sitio del Buen Retiro before being transferred to the newly-founded Real Gabinete de Historia Natural. Seventy-seven years later, a second anteater was brought to London by two German showmen and exhibited at a shop in Bloomsbury, where it was visited by the novelist Charles Dickens. The animal was subsequently purchased by the Zoological Society of London, which classed it ‘by far the most important addition, in a scientific point of view, which has been made to the collection since its commencement’.1 It was painted by the Society’s chief illustrator, Joseph Wolf, satirised in the contemporary periodical, Punch, and dissected post-mortem by the comparative anatomist Richard Owen.

Drawing on recent work in animal biography, this paper assesses the reception of the two anteaters and considers their cultural and scientific significance. I examine the logistics of the exotic animal trade and trace the transatlantic networks that permitted anteaters – and knowledge about them – to move between continents. I also study the technologies of representation that enabled the insectivores to reach new audiences – from painting to taxidermy – and the different ways in which they were presented, preserved and commodified, both during life and after death. By focusing in detail on the lives of two exceptional anteaters, the article illuminates understandings of the species more broadly and shows how different spaces and places shaped the creation and dissemination of zoological knowledge. I emphasise, in particular, the tensions that emerged between imperial and colonial science and the competing knowledge regimes of the natural history museum, the menagerie and the field.