In this post, Camilo Uribe Bottaand Cheng Heintroduce the second panel for their conference on 'Following Living Things and Still Lifes in a Global World'. It includes three panels on plants, following them through art, science and consumption. The three authors show the elusive characteristics of plants in between living things and still lifes and show what plants can tell us about the people who created, traded, collected and worked with them. 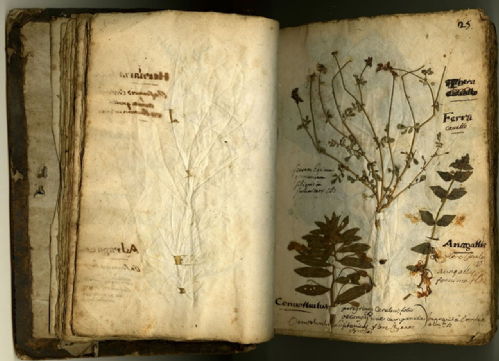 1. Anna Lawrence (PhD Candidate at the University of Cambridge): Scilly Narcissi: The Multiple Lives of Cut-flower Commodities in Nineteenth-century Britain.

This panel will begin with the paper that analyses the cut-flower trade in the late-nineteenth century in Britain, specifically the case of narcissi from the flower factories of the Scilly Isles. Lawrence instead of considering the frontier between the life and the death of the cut flowers, she traces the multiple lives of the flower from the farm to the final consumer focusing on its ecological live, its commodification and its consumption with the social, economic and cultural implications

The second paper Anabel Dover builds upon the album Photographs of British Algae: Cyanotype Impression (1843) by Anna Atkins, considered one of the first photograph books published with more than 400 contact prints of algae. Following Atkins’ lead, Dover created her own cyanotype album recreating the techniques used by Atkins, discovering that these algae were fake, counterfeited plant specimens, chimeras between artificialiaand naturalia. In her fist novel, Florilegia (2021), Dover uses these same techniques to create a “collaged fiction of the lives of multiple women”, giving voiceless females a voice through the objects, animals and plants that surrounded them.

Finally, in the third paper Maura C. Flannery presents a case study of Sicilian botanist Paolo Boccone, who travelled widely in Europe and made extensive plant collections and published several illustrated books describing the species he encountered. Based on the herbarium collections collected by Boccone in the late 17 century, Flannery compares them with the nature prints he also developed both to document his material and provide models for illustrations. A physical examination of some specimens reveals residues of ink, explaining why specimen, print and illustration are very similar, what she calls “three forms of still lifes”.