At Home in Empire Conference – Reflections on the Morning Panels

The At Home in Empire: Colonial Experiences of Intimacy and Mobility Conference 2021 has now taken place, and having had several weeks to digest and reflect upon the fantastic papers given by our speakers, we thought this blog would be a good place to share some of the exciting research and thought-provoking ideas that were highlighted during the conference.

To begin the first panel of the day, ‘Curating and Collecting: Domesticity on Display’, Charlotte Johnson introduced us to her research on the collections of Lord Curzon, former Viceroy of India in the latter half of the nineteenth century. Curzon amassed an extensive collection of Asian and imperial objects during his time in India, which he sent to be displayed at the Victoria & Albert Museum in London. Later, they were used in the creation of an ‘Eastern Museum’ at Kedleston Hall, Curzon’s ancestral home. Using examples of various objects and records from both the V&A and Kedleston Hall, Charlotte demonstrated how the collecting and curating of these objects embodied imperial mobilities, with the histories of the objects often constructed so as to centre the narrative of Lord Curzon. In doing so, they created silences of empire, obscuring source communities and colonial practices. 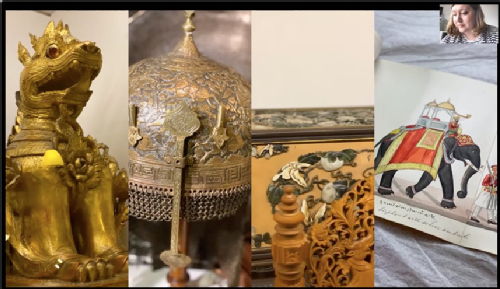 Above: some of the objects from Lord Curzon’s collection of Asian and imperial objects discussed by Charlotte Johnson.

Continuing the theme of the individual colonial figure as a collector and curator, Carl Deußen’s paper explored non-European artefacts in imperial German homes through the the example of Wilhem Joest, an ethnographer in the latter half of the nineteenth century. Photographs of Joest’s flat reveal it was extensively decorated with artefacts, curios and souvenirs from his travels, as well as diaries, letters and publications. Deußen suggested that Joest’s collecting and the display of objects throughout his home was a form of constructed empire: his selection of artefacts aimed to present an image of a strong and static empire, which disguised the true nature of a fragile relationship between colony and metropole. Simultaneously, the size and composition of Joest’s collection worked to legitimise his status within the field of anthropology.

The final paper of the panel shifted our attention to present-day interpretations and displays of domestic settings of West Africa and Caribbean plantations within British museums. Matthew Jones used examples of displays in several museums to demonstrate how resistance to enslavement is often portrayed through a lens of masculine military conflict. In doing so, Matthew argued that the absence of domestic spaces neglects their role as settings from which everyday resistances to slavery were enacted and the legacy of the Middle Passage was lived out. In doing so, the interconnectedness of homemaking and resistance is lost, and the narrative of the slave trade and resistance becomes a gendered history in which the roles of free and enslaved African women are often erased.

Overall, the panel highlighted the role of the coloniser as central in the construction of representations of imperial domesticity. In doing so, the papers reveal how the roles of indigenous and enslaved peoples in the creation and history of objects, as well their lived experiences in domestic spaces, are often marginalised or absent through the practice of collecting and displaying empire.

The second panel of the morning explored questions around the making and remaking of home in colonial contexts. Dr Claudia Soares began by interrogating the experiences of poor children sent to Canada as a result of the policies of major British charities in the nineteenth and early twentieth centuries. Foregrounding the voices of these children, Claudia used publications and newsletters from the institutions to demonstrate the changing and complex meanings children associated with their new environments. These meanings were dependent on the children’s ages, memories and experiences of the Old Country and of Canada. Case studies of children revealed common themes of homesickness, the difficulties of maintaining family ties over time and space, and the highly mobile nature of many migrant children as they sought to establish a place they could call ‘home’. 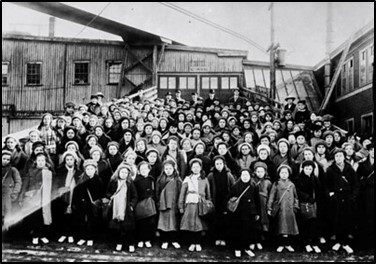 Following on from this discussion, Dr Dayana Ariffin turned our focus to the colonial construction of family in British Malaya. Through the study of her grandfather, Noor Mahmud Hashim, Dayana examined the complexities of navigating identity and home against a backdrop of colonialism and increasing nationalism. Born to a Scottish mother and Indian father, Noor lived in Singapore, India, and Malaya, eventually making Kuala Lumpur his home. This personal story challenges the dominant narrative in Malaysian history of the binary of resistance or collaboration with colonial powers, highlighting the mobilised identities of Noor as he occupied space between indigenous and colonial identity, which were further complicated by his role as a colonial civil servant and the intricacies of social class.

In her fascinating paper, Yasmin Shamma engaged with Palestinian cookbooks, poems and the testimonies of refugees to examine ideas of cooking, waiting and making-home when away from home. She took us on a journey through refugee camps, arguing that cooking traditional recipes in these environments allows refugees to continue cultural practices. By preserving the ingredients to cook these dishes, refugees are preserving their agriculture and connection to ‘home’, whilst engaging in a form of everyday resistance to their dislocation.

Kate McGregor’s paper continued with examining ideas of dislocation and preserving a sense of ‘home’, through the lens of imperial Germany. Using case studies of two German women living in the African Colonies at the turn of the twentieth century, Kate explored their roles in recreating a German Christmas for their families. This demonstrated the women’s use of specific traditions, Christmas decorations, songs and food to capture a sense of weihnactsstimmung, the Christmas mood. In enacting a German Christmas, Kate argued these women played a significant part in ensuring the cultural heritage of their families, as well as helping to solidify white German identities in colonial settings and therefore protecting their racial integrity. 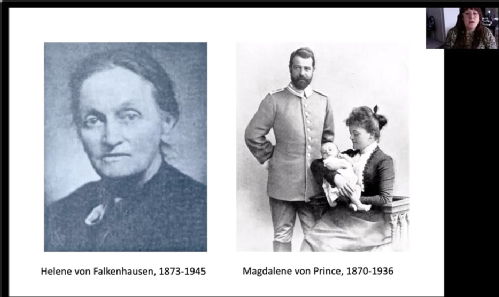 Above: Kate McGregor discussed the lives of Helene von Falkenhausen and Magdelene von Prince; two German women who strove to create the experience of a traditional German Christmas for their families, whilst living in colonial Africa.

These papers each demonstrated the complexities of identity and home when coupled with colonial mobility or displacement, highlighting a fundamental human need to hold onto or recreate a sense of home, irrespective of age, gender, time or place. The rich cross-section of papers left us with much to think about as we took a break for lunch, and the scope of stimulating topics continued in the afternoon session, and will be discussed in the next blog post.