2 months off Warwick and I may have cracked the habit

It's been 2 months since I left Warwick for good, and that's by far the longest I've spent away from the place since I started. Goodness. The withdrawal symptoms are fading: fewer cold sweats and less shaking, limited it down to checking the blogs a few times a day at first, then a few times a week, and best of all – no more nightmares about the humanities building lifts… progress indeed! Who said it was hard to give up Warwick? Smokers take heed.

Only kidding. My Warwick diary is still telling me where to go, who to meet, and what to do every day. Phew!

Follow-up to Pride and Prejudice without Colin?! from H's blog

Having written my attack on the prospect of Keira Knightley as Lizzy Bennett in a painfully cut version of Pride and Prejudice, I naturally had to see it on opening night. So, here's what I now think:

I still think that it was too 'cut'. I filled in many gaps with my word knowledge of the book and visual memory of the oh-we-worship-colin version. But I can only comment on this to a limited extent because I don't know what it would be like to view the film having not known the text inside out. Plus – being short really prevented those long hours of anticipation and tension in finding out about the Wickham plot and such things.

My biggest 'however', however, is Keira Knightley. She was absolutely brilliant. And please appreciate what it takes for me to convert to this appreciation. She made Lizzy human, fallible, young – believable. In fact, what the film did as a whole was point out the humanity of its characters. It was nice that Mr Bennett was aggrevated by Mrs Bennett's nerves, but that in the end they were fond of each other and their marriage was stable. It was interesting too that Mrs Bennett, whilst sticking to Austen's 'my nerves, Mr Bennett, my nerves', was also portrayed as a mother. The complexity of family dynamics were hinted at a lot more than the BBC version. The characters in the new film aren't as choreographed and fluent as the old version. It's not as daunting.

Naturally, this doesn't mean I abandon my absolute loyalty to 1995. What I now do is accept this film as a valid alternative, a very different alternative, a new interpretation. It made me laugh, Mr Collins made me cringe, and I will see it again, happily.

They come I leave

It's really weird reading some of the blogs today. This years intake have clearly registered and now have access to blogs, so they're introducing themselves to Warwick. It's odd for me because they start the weekend I finally leave. A week on Friday I'm out of here. It hasn't sunk in yet, although I'm so excited about what I'm doing when I go. Suspect final moment of goodbyes may be sad. After a summer of goodbyes am quite relieved it's finally me going though!!

So, 9 more early get ups at Warwick, and counting….

So I just said that I should be writing blogs about my jab preparation for India, because it's turning into quite a little mini drama.

This drama revolves more around the pain of handing over money and less about the temporary pain of the injection followed by a week of bizarre side effects.

Anti-malarials? Dread to think how much they'll cost and what horrible dreams and baldness I may suffer. Trevor Seeley kindly told me that he had dreams about being squished by a giant cobra when he was on anti-malarials. Whooppee.

But alack. It has to be done. Can't wait to get out there.

Last night I got to watch TV for the first time for months. It was amazing and mindless and I enjoyed every minute of it, I was even entranced by the adverts!

I watched a crazy programme called something like 'Dressing Dangerously' in which a middle aged woman got to dress up in outrageously hideous clothes for the week. The idea is that her slightly repressed fun or self assurance (perhaps due to motherhood and such things), would be drawn back out by being in 'costume'. The best bit of this programme was her mortified teenage daughter who I feel will be even more embarrassed in a few years by her own classically adolescent reaction on national TV than she will be embarrassed still by her mother.

Next I watched Super Nanny. I've heard all about this. And the kids were horrible, and I guess she's pretty good. But do people really watch an hour of this every week? I enjoyed it yesterday, but only desperation would drive me to watch screaming kids at 9pm when all kids should be in bed and forgotten.

Finally I watched Lost. I can see the craze. Very addictive. Damn it.

Shouldn't get too used to TV though. Only a few months before I have to lose it again.

How to maintain/regain childhood rebellious instincts (or make up for missed childhood rebellious stage) and annoy arrogant drivers at the same time… the traffic light game! I can't tell you the fun of this. It's good for the soul, good exercise too because you can't help laughing. Here's how to play…

Walk to Asda along St Helen's Road in South Leamington (or any other participating roads*). Stand at traffic lights and wait for arrogant-looking car/driver to draw near. Press button and watch immediate** change of traffic lights to red. Walk across and stifle giggles. Take a quick look at angry driver (occasionally they're oblivious, now and then they're amused). Drivers with chav exhaust pipes, double decker buses, and expensive sports cars are particularly recommended.

If you don't feel 12 years old again you haven't played right and must repeat experiment with shopping in hand on return from supermarket. (Shopping is a penalty and adds between 5–10 years onto final age outcome).

Message – a bit of insanity is very necessary to make us largely sane. This game is best played by non-drivers or drivers who do not think they own the road and drive considerately.

**No one is hurt – lights do not change fast enough to cause collision.

Pride and Prejudice without Colin?!

Pride and Prejudice the film is out soon. Now don't we all think this may be a bit too soon? Is there anyone who feels the Colin Firth/Jennifer Ehle chemistry in the 5-hour BBC version needs replacing quite yet? No way. They still capitalise on Colin being Darcy – the last Bridget Jones film along these lines only came out last year.

Plus. Keira Knightley as Miss Bennett?!! No!!!! Elizabeth Bennett is feisty, intelligent, sharp, even sly, mysterious, and a nineteenth century version of sarcastic.

I will see it and I will judge. Probably condemn. It will have to be like Austen speaking from the grave to win over many many hard core fans of the BBC version.

I will rant more when I see it. But for now, I leave my blog with one final criticism to offer… the BBC version is 5 hours of pure brilliance. If Austen speaks from the grave it will because she's sobbing at the thought of her book being cut down to 2 hours max.

Saying this – Judi Dench is in it and Judi's wonderful.

I'm attempting to learn some Tamil in preparation for India. It's a great language, but totally different to anything I know. I'm also learning more French with Michel Thomas. He's amazing. He tells me right at the start that I already know about 70% of the French language. If only he did a Tamil course….

Here are some words and phrases I've managed to learn so far:

The Perils of South Leamington and Buses

This morning I beat the bus up the parade.

I set off from the house 5 minutes before the bus was due to get to the nearest bus stop (St Helen's Road – pretty far South!), and I plodded up Brunswick Street and then up the Parade, going via Tesco where I made a leisurely decision about which fruit juice to buy, where the checkout woman was irritatingly slow counting change… and I still got the bus I would have caught with about 5 minutes to spare. How?! How much time am I missing in bed whilst sitting on the bus that goes no faster than a pedestrian?!

SAVE US FROM THE COLD!! 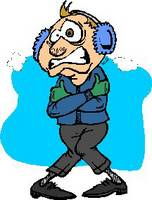 Please save us from hypothermia! It's not normal to wear coats inside in July… even in England… 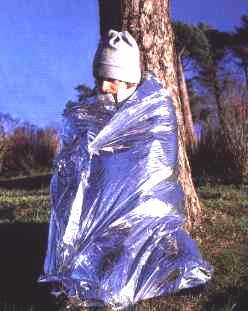