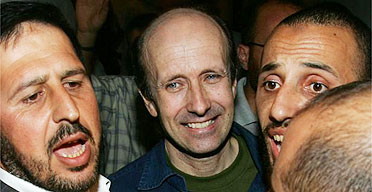 You think the English have drinking troubles?

UK researchers estimated that half of all deaths in working age men in the country are due to hazardous drinking.

It's rare to see English settings in computer games. It's even rarer to see them in flagship games for new consoles. When the PS3 was launched, the only game really worth buying was Resistance: Fall of Man. Its setting? England. War is raging against alien foes and Americans are trying to aid their British comrades. It features some beautiful scenery (nothing quite matching Gears of War unfortunately), including Manchester Cathedral.

Manchester has been trying for years to enhance its image. I remember when I was in Manchester (picking up a Chinese Visa) that a taxi driver spent ten minutes speaking with pride about how his city was now really being put on the map. Old Trafford was no longer the main reason to head to Manchester. The city centre has been renewed. The station is beautiful. New stadia  have been built. The city is eager to shed its reputation for gang-violence and entice national and international visitors.

So how does Manchester respond to a game featuring Manchester Cathedral? Like this:

(The Church of England) said the letter would make four demands:

Community groups and MPs have expressed support for the Church's stance against the game, which has sold more than one million copies so far.

I've emphasised the part which state games sales. The vast majority of those who've purchased the game are Americans or other non-British folk and I'd hazard a guess that for many of them this will be the first they've heard of Manchester. Given that average American geographical knowledge is severely lacking, most Americans will take American Football over "Soccer" any day of the week and that Americans make up a sizeable portion of our yearly tourist numbers, I would have imagined that Manchester would jump at the chance to have a beautiful (albeit half-destroyed) view of the city propagated. But no. Apparently Sony might be under threat of legal action from the Church of England. And if that happens, good luck finding game developers willing to use England as a backdrop.

A Church of England "Source" in another article, offered this opinion:

One Church source told me: "If this computer game had been set in a mosque, you can be sure there would have been more of a public outcry.

This man has clearly never played the majority of recent US War games. In the Backstab Battlefield 2 (X-box 360) Map, I can use a helicopter to launch missiles directed at Arabs/Americans holding the flag at a Mosque. I can kill those people inside a mosque. In CSS Dust I can hide in mosque-like buildings and then pounce on "Terrorists" with a shotgun. And yet there are plenty of other games that use Church imagery and mythos that do not incur the Church's wrath.

This is not a game that criticises the Church. It uses the beautiful imagery as the backdrop of a fictional conflict. The Church should be proud of its rendered Cathedral instead of threatening Sony. It should also be encouraging interest in Manchester city instead of scaring companies away.

Just downloaded a BBC documentary called Building the Great Pyramid and settled down to watch it. Started off like any other documentary. Just  as the introduction got underway we are suddenly treated to the main theme of The Pirates of the Caribbean with some minor alterations in key.

I wasn't sure whether this was the BBC just being lazy and blatently stealing music from films or they'd paid the fee to use the theme (I understand that the BBC has a library of music it's paid for either on the basis of individual pieces or with deals with various corporations to use their library). Anyone know for sure whether the Beeb's being dirty-handed or legitimately using a resource?