The Spirit Of Halloween

This is too perfect, this picture. 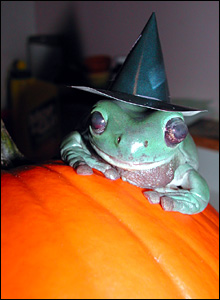 The reading on Foucault has destroyed my higher thinking functions.

The strain of trying to think of something to write, either here or for the Boar, has destroyed my mid range thinking functions.

My lower thinking functions haven’t been speaking to me since I started an MA rather than get an nice easy McJob, preferably not at McDonalds itself (they were hanging in for HMV).

MMy hip is playing up for no reason other than it wants attention.

Football has destroyed all my legs muscles, and the ones in my right arm and shoulder…

...and going on Adoptions to Score has cost me my hearing. Again. Why must I be so conscientious about wearing earplugs at nights where it’s my sort of music, but throw me to the shit music and I go in without any chance at all.

I suspect Score is also, perversly, responsible for my sore throat.

So how come I feel really on top of everything? S’all good. I think it has much to do with not being a pigeon. 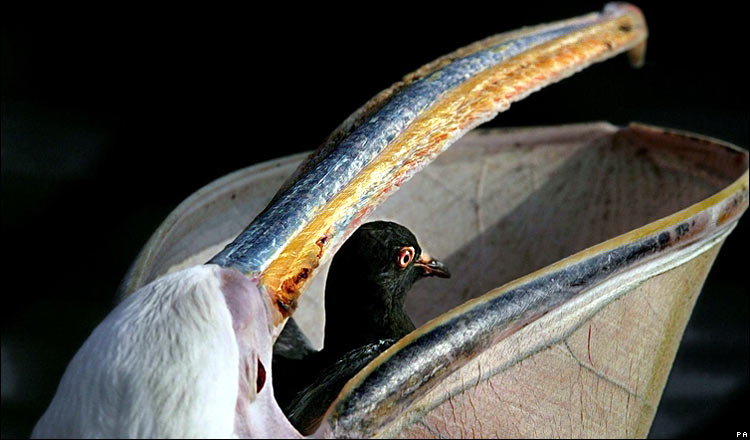 I love how stupid the world is. I came across this the other day, a set of cards parodying the US Army’s playing cards of the Iraqi leadership. Basically these cards are called the Deck Of Weasels and are published by a pro-conservative American website. Each one of an enemy of America complete with incriminating quote or description to stir the red-blooded patriots to action. In some cases it does work to an extent:

Unfortunately it soon begins to unravel. For instance, the site lists the ace of spades, the numero uno bad guy, as…

Well, the French annoy Americans and possess weapons of mass destruction so I guess you could justify that. But how about those Ruskis?

The rest of the cards are just silly. Obvious targets like Susan Sarandon, Michael Moore, and Jesse Jackson are joined by Republicans who didn’t unquestioningly follow Bush.

In fact reading these cards left me with the distinct feeling this site was some sort of pardoy of conservatives. Each quote seemed perfectly sensible; put together they were forming a broad and reasonable consensus against the Bush administration’s actions. If the intention was to present these people as cowards then, for me anyway, it was doing a really bad job of it!

And then I began to wonder. If I saw these comments as a perfectly fair indictment of Bush’s policy, how was it possible that someone could have been so incensed by them to present them as the work of ‘weasels’? I know seeing the same thing can lead to people having different perspectives on things but to have completely different views? Wow, that’s the power of politics.

Depressing. How are we ever going to get anything done in this world? We already know the Islamic terrorists aren’t going to listen to reason, and there seem to be those in the west who won’t either. Still, Jeananne Garofalo made this whole sorry discovery worthwhile…

Seriously, what’s with the blue beans everywhere? Either we’ve got some alien with a stomach upset going round crapping small metallic blue poops, or (and let’s face it, this is more likely) we’re being advertised at. Tis the season after all. Those enigmatic posters with just a web address on them. Mysterious logos and curious stunts. And how many people will investigate?

I guess there’s a logic to doing it at university. It’s full of people who are inherently curious and are probably more likely to check on weirdness than the average, distracted, normal person with a job and everything. How efective is it though, I wonder?

I don’t usually investigate these things, mostly because I have tendency to be fairly immune to advertising (in the sense that I often have no idea what an advert I actually like is trying to sell me) so perhaps I am missing out. Maybe if I follow those bastarding blue beans I wil be rewarded with a solid gold elephant or a helicopter. And all the hundreds of cynical students who don’t follow it will never have these things, making do with iPods and new shoes.

So lead on, blue beans! Take me to your leader! Unless you really are alien poo in which case, I’ve changed my mind… Apparently not the source of blue coffee… but who the hell would spend ages painting beans blue? Get a real job!