A Bad Week To Be A Cat

It can’t have escaped most people’s attention that, with floods ruining Pakistan, drug war tearing Mexico apart, and the government slicing services left, right and centre (but mostly left), the most important development in Britain this week has been… a woman putting a cat in a bin. 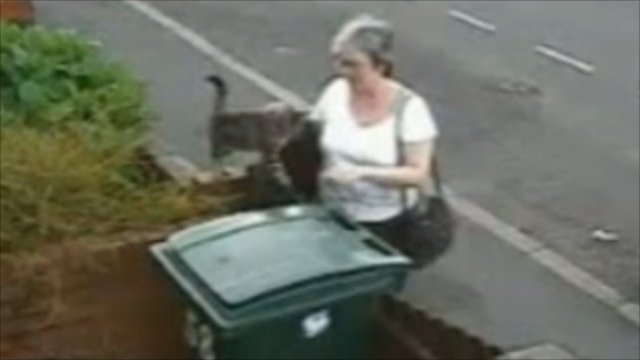 It would be extremely easy to see this and react in one of two ways:
1) Get irate and angry at the terrible treatment the cat has received, and question the woman’s motivation and sanity.
2) Get irate and angry at the utterly trivial nature of the story, one which has blatantly only made it to the newsdesks because there is CCTV footage whilst other, arguably more horrific attacks on animals pass as small stories in local news.

Both reactions involve emotional responses, the first is disgust that anyone could do that to a cat, and second is disgust at the all-powerful meme in the press of ‘silly season’ – the summer months in which serious news is bumped from the pages to make way for stories of cats in bins (and if serious things still happen, ignore them).

In this case I do feel a little of both reactions, but there’s something else which bothers me more about this story.

Below is a link to a youtube clip of Charlie Brooker’s ‘Newswipe’ program. In it a forensic psychiatrist discusses how media coverage of mass shootings leads to copycats thanks to the media’s portrayal of the infamy, fame and outrage such actions can cause.

You don’t have to ven cast your mind far back to think of the last time criminal behaviour earned someone in this country a strange ‘heroic’ status – there aren’t many cases where a jealous misogynist like Raoul Moat can get to be a hero by murdering and maiming innocent people, but the media coverage somehow managed to make him so in the eyes of some.

And the relevance to the cat?

Put it like this, I expect a lot more cats will find themselves in bins over the next few weeks. It’s likely few will be caught on CCTV, it’s likely not all the cats will be rescued as in this case, and it’s likely that almost none of those cats would have been put in bins if this story hadn’t been in the press.

You can bemoan the mentalities of those who do this until you are blue in the face, but it does not change the fact that, at this moment in time, we live in a society where there are no universally accepted ways to treat animals. Sure, there are laws, but to think these are all obeyed, or considered necessary by 100% of the population, is naive. Even amongst those who were outraged at the cat in the bin there will be some who think it ok to eat meat and some who don’t.

So all that this has done is to ensure more cats will probably suffer cruelty in this silly season, for no obvious gain other than some hits on websites and some newspapers sold on the back of something which is quite categorically not news.