And here’s the top 10! These are the ten albums I would take if I could only have ten from this year, although why anyone would be so cruel as to only allow me ten albums from any given year is beyond me… 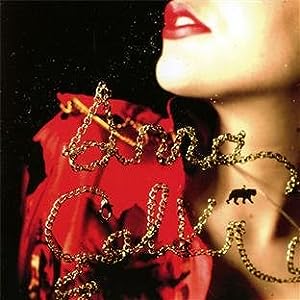 It’s actually illegal in most countries for the under-18s to listen to albums are sexeh as this one, so be grateful we live in an enlightened nation where a woman cooing/bellowing about desire/the devil over Spanish-influenced guitars and occasional bouts of lush strings is totally acceptable. Oh yeah, this is bloody good. It’s all lyrical gender swapping, and bursts of thrilling sound. Heck, it starts with a guitar solo without making you want to frisbee the record right out of the window.
Best bits:
- ‘Suzanne And I’ – everyone loves big, ambiguous anthems about lesbonics/friendship/who knows.
- ‘Desire’ – ecstatic chorus alert.
- ‘Love Won’t Be Leaving’ – kitchen sink outro of joy. 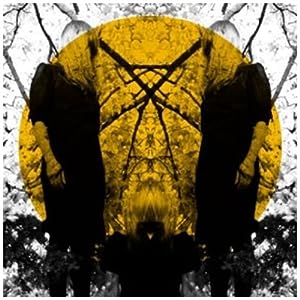 Do you like a bit of chilly 80s-style synth music? How about it with an ex-opera singer, ex-punk, ex-singer-songwriter in charge? Yes, that is a good plan. That is Austra’s plan. Lobbing lovely glacial synths onto a live rhythm section gives the songs quite a lot of heft and crunch, so even if the album’s a little one paced it’s a good pace, like the march of an army of sad robot penguins. There’s also the matter of Katie Stelmanis’s vocals – it’s pretty standard in chilly synth pop world to have singers who can’t really sing, but she can. So it’s all dizzying harmonies, wordless pizzicato bleeping and big stentorian bellowing, although thankfully none of that diva, singing-more-notes-than-is-necessary shit. Marvellous stuff.
Best bits:
- ‘Darken Her Horse’ – the best ‘big soaring chorus’ of the year, hands down.
- ‘Lose It’ – sounds a little like those Lloyds adverts but is really really good.
- ‘The Beat And The Pulse’ – juddering, Knife-ish, chug, one of the singles of the year. 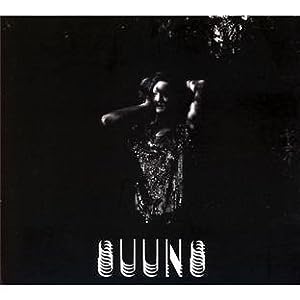 An ominous drone, a sinister groove, vocals drifting in on a distorted yet still human-sounding wind. Who are Suuns and what do they with our computers and guitars? They’re the twisted, sinister end point for all that indie-electro-dance stuff which has been around in varying degrees of palatability for the last few years, and they have made a damn fine album which isn’t as hard to listen to as it might seem at first. Its ideas are kept brief and breezy, nothing outstays its welcome. It invites us to dance, but in the style of a close second place in the Turing test – these robots have almost made a record which sounds human, but not quite. And that’s why it’s so good.
Best bits:
- ‘Arena’ – a real grower, in that it grows from nothing in a danceable number.
- ‘Up Past The Nursery’ – sparse but still funky, quite a feat in itself.
- ‘Armed For Peace’ – the only track serves as a pretty much perfect introduction to the rest of the album in just three and a half minutes. 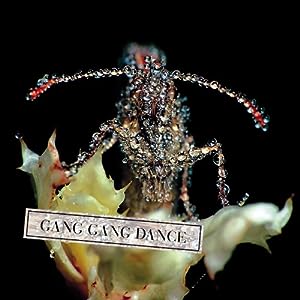 Gang Gang Dance are one of those special bands who can release an album where the first track is eleven minutes long and mostly ambient noise, and yet the album is still their most poppy. There’s a duet with him from Hot Chip, which sounds like a sad nerd serenading a crazy witch. Y’see, Lizzi Bougatsos has a voice like a tiny, eight year old serial killer, which makes it doubly unnerving when she starts singing lyrics nicked from nursery rhymes or ditties about “mindkillas”. It helps that all the tracks are brilliantly buzzy electro stompers, sometimes with thrilling guitar solos, sometimes with basslines you can feel from space.
Best bits:
- ‘Thru And Thru’ – best closing track on any album this year, bar none.
- ‘Mindkilla’ – shaking the foundations with that bassline.
- ‘Adult Goth’ – a floor-filler from a dimension where floor-fillers are made by super-smart computers not slavering morons. 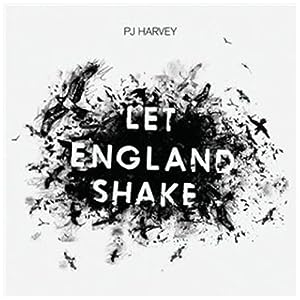 Oh come on, of course this was going to be in here. It’s ruddy, bloody marvellous, with the emphasis on blood because this is one of those albums where EVERYONE DIES! It is, frankly, the best album of the year. Why is it not at #1 in that case? Only because it’s heavy as anything, and I sometimes can’t listen to it for the same reason I am not always in the mood to watch Grave Of The Fireflies. EVERYONE DIES!!! But yeah, you’ve read a million reviews of this, it’s visceral, it’s heartfelt, it’s brilliant.
Best bits:
- ‘All And Everyone’ – the way the track builds and threatens a cathartic release but then… doesn’t. Only more misery. Brutally effective.
- ‘The Last Living English Rose’ – swaggering and proud musically, broken and crushed lyrically, a beautiful juxtaposition.
- ‘The Glorious Land’ – for those painful lyrics – “What is the glorious fruit of our land?/Its fruit is deformed children”. 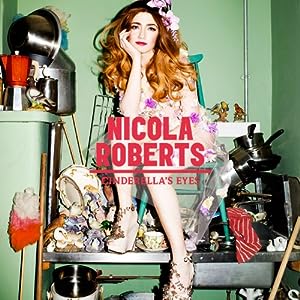 Yeah, that’s right, a Girls Aloud solo album. Nicola was clearly always the best member of GA, and by making an album with Metronomy, Diplo and Dragonette she’s shown that it needn’t be death by Will.I.Am and auto-tune robot vocals. What Nicola has realised is that all the best pop music is really really sad. And god, taken purely on its words this is a contender for the most misery-filled album of the year, with lots of lovely minor key synth pop and occasionaly shonky piano ballads driving it forward so you don’t end up wanting to kill yourself just by listening.
Best bits:
- ‘Gladiator’ – surprisingly lyrical dexterity and freakiness (Nic can apparently fire bullets from her chest, who knew?) with a nice martial guitar strut.
- ‘Yo Yo’ – top notch sad pop.
- ‘Beat Of My Drum’ – initially disorientating but after a few listens it’s great in a MIA-without-the-edge-or-the-bouts-of-cringey-stupidity way. 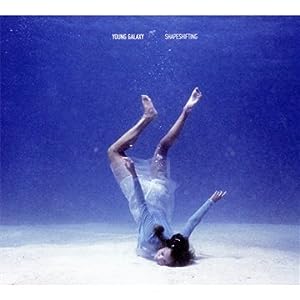 Young Galaxy are a bit hard to describe. They’re not really electro but they use a lot of synths to twinkle and parp. They’re kind of indie, in that they make songs of conventional structure and use guitars to jangle sometimes. They certainly like their percussion, and some songs are just a single guitar or synth line over an array of claps, whacks and other percussive sounds (castanets, steel drums). They have moments of small-scale Arcade Fire-ness. Ok, they have quite a few Arcade Fire style moments, albeit with fewer instruments going off at once. Then again they are Canadian. Must be in the water up there.
Best bits:
- ‘Peripheral Visions’ – if only for the big sing-a-long at the end which is quite affecting.
- ‘Blown Minded’ – stately march which nicely shows off the whole epic-but-kind-of-minimalist vibe of the whole album.
- ‘We Have Everything- – unashamedly anthemic.

8 Those Dancing Days – Daydreams And Nightmares 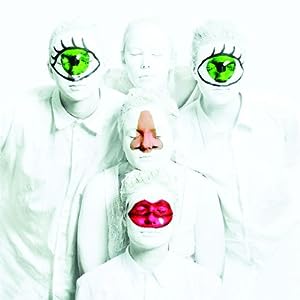 Adorable Swedish scamps who look like a bunch of off duty Brownies and sing sweet little ditties about… threatening violence against crap boyfriends and bitchy girl rivals alike. Wait, that can’t be right. Oh but it is, TDD serve up ADHD nuggets of joyful indie-pop, none of which overstay their welcome. It’s as if they need to wrap it up quickly and get home for tea and biscuits. I always find myself loving one album a year purely because it does a simple trick very very well, and this year it’s TDD. There’s nothing revolutionary here, but they have a scary mastery of their chosen form. Plus they’ve split up now, so no more fun for us. :(
Best bits:
- ‘Fuckarias’ – there’s no way this track should sound as muscular as it does, like being chased by a big pink truck.
- ‘I Know Where You Live pt.2’ – brilliantly huge chorus.
- ‘Can’t Find Entrance’ – breakneck speed sugary indie joy.

9 Washed Out – Within And Without 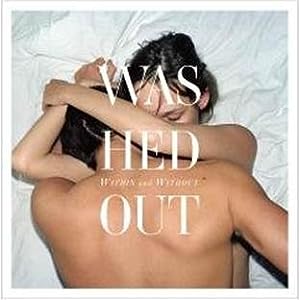 As the man who spearheaded the terribly named ‘chillwave’ invasion of the music blogosphere a couple if years back, there was a good chance that Ernest Greene, aka Washed Out, might have left it a year too late with this debut. The good news for Greene, and us, is it’s never too late for good albums and this is a very good album. It sounds suitably fuzzy, as if you’re remembering these songs rather than listening to them, with vocals floating around in the ether. But it’s not indulgent, and it doesn’t lack melodies, Greene grasping that lovely sonics mean little if they’re just tapering over a lack of decent tunes. There’s even a couple of sing-a-longs if you can decipher the words. Maybe it’s more fun to sing along in a fuzzy, distorted style.
Best bits:
- ‘You And I’ – simply gorgeous diet with Caroline from Chairlift, which just oozes class.
- ‘Amor Fati’ – gorgeous jangler.
- ‘Eyes Be Closed’ – keyboards splashing around like the ocean.

10 Harrys Gym – What Was Ours Cannot Be Yours 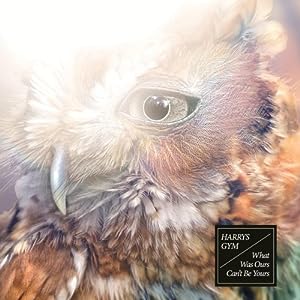 More sad songs from the melancholic Norwegians. Harrys Gym like to bring along a dash of electronics to their eleagic little epics, each building up and spiralling down, like tides. The record is centred around Anne Lise Frøkedal’s beautiful voice, all poised sadness or restrained sexiness, harmonising over herself. It’s an album which seems fixated on the inability of humans to be strong or heroic all the time. Musically there’s a lot of heft to the surroundings, tricks stolen from dance, trip hop and rock are peppered around the place, rhythms juddering or basslines crunching underneath Frøkedal’s latest missive about someone having the spirit crushed out of them by age or feckless partners or the weight of expectation. Heavy and light at the same time.
Best bits:
- ‘Sailing Home’ – specifically at 1:34 when the bass and the drums pile in properly.
- ‘Old Man’ – for one of the most heart rending vocals of the year.
- ‘No Hero’ – the slightly odd pairing of the indie guitars, the wobbling synth bass and the vocals shouldn’t work but does, very well.