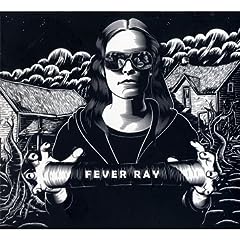 Wow. Just wow. It’s impossible to talk about Fever Ray, aka Karin Dreijer Andersson, without mentioning her other band, The Knife. On one level Fever Ray is The Knife minus the beats, but there’s slightly more to it than that. It’s a dark, claustrophobic and intimate record, less a collection of songs than a collection of moods into which the listener is plunged. But these songs are also really bloody good. Really really good. Dreijer’s use of pitchshifted vocals is her trademark, and here it is used to astounding effect, monstrous and roaring on tracks like ‘If I had A Heart’, which makes the use of her (almost) untreated vocals on ‘Keep The Streets Empty For Me’. If anyone ever tells you electronic records aren’t emotional play them this – either they’ll admit they are wrong or they don’t know what they are talking about.
Best bit The moment when Dreijer shifts from treated to clean vocals on ‘Dry And Dusty’ – heartwrenching. 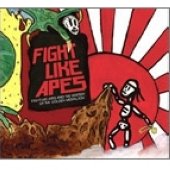 Neither innovative nor original, who sodding cares! This is condensed fun. Mad Irish kids, wielding synthesisers (no six strings here), hilarious lyrics, yelping and playing reallyreallyreallyfast. FLApes are lovable. They write songs to fire band employees, sing about characters from Saved By The Bell, shout a lot, and write songs that are eight seconds long. I don’t care that hardly anyone seems to have given them a scrap of attention in this country, I love them and this is a superb album.
Best bit MayKay mangling multiple nursery rhymes in ‘I Am Beginning To Think You Prefer Beverley Hills 90210 To Me’.

3 The Juan MacLean – The Future Will Come 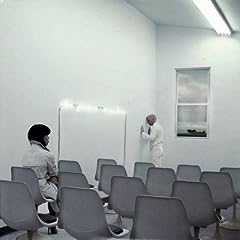 I’m one of those geeks who will buy a CD just because it has come out on the DFA label, but to be fair as home to LCD Soundsystem, Hercules And Love Affair,Yacht, and (in the USA) Hot Chip, there are good reasons to expect quality. The Juan MacLean are no different, indie electro with heart. This album of duets rolls out warmly, despite the synthesisers and monotone vocals. Echoing laments to love lost and found, it’s also eminently danceable. MacLean is a clever writer, his eight minute epics fly by, wrapping themselves around the listener, whilst the short, sharp, shocks carry humour and pathos in equal measure. The robots have souls, it seems. DFA business as usual.
Best bit ‘One Day’ sums up the whole review above in one short dose. 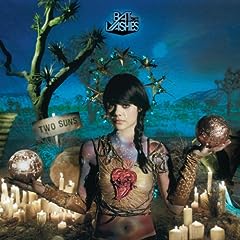 I really liked half of Natasha Khan’s first album, but it kind of fizzled out into whispiness towards the end. Fortunately for Two Suns this has been well and truly stamped out. Beefier, even in its quiet moments. It suits Khan, her voice is fragile when exposed but suits the chunky basslines in ‘Pearl’s Dream’ or ‘Daniel’ as much as the plaintive piano of ‘Moon And Moon’. Yes it sounds like a lot of other acts (Fleetwood Mac, Bjork) but only their best bits, and these are blended together neatly and engagingly. Best of all it holds the attention to the end, even throwing in a bonus Scott Walker for those who are willing to listen.
Best bit The bass on ‘Pearl’s Dream’. 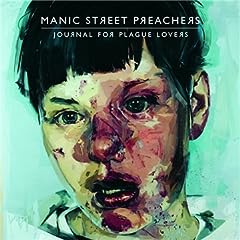 Taking Richey’s unused lyrics and promising a return to The Holy Bible, Manics fans weren’t in the least bit surprised when it didn’t sound much like that at all. In fact it sounded like a pretty good, fairly timeless indie rock record with lyrics that, despite being at least fifteen years old, managed to be strikingly relevant. It was also a bit more humourous than expected. James wrestles some excellent riffs from his guitar, and is in fine voice. It is what it is, Manics fans love it (and they’re a picky bunch), most others probably won’t care. Like it should be.
Best bit The outro to ‘Jackie Collins Existential Question Time’. Actually scrub that, it’s the title of that song. 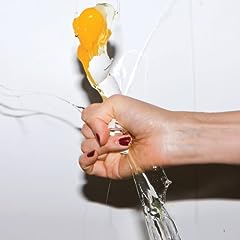 Synths instead of guitars? Well yes, but there are also guitars which sound like synths, courtesy of the decade’s most underrated guitarist Nick Zinner. As with all YYYs albums there are your dancefloor bangers like ‘Zero’ – possibly the dancefloor tune of the year – and the quieter, emotional moments like ‘Skeleton’ where Karen O’s versatile voice is given a chance to shine. We fretted when there was talk of getting rid of the guitars. We needn’t have worried.
Best bit “Off off off with their head!”

7 Mono – Hymn To The Immortal Wind 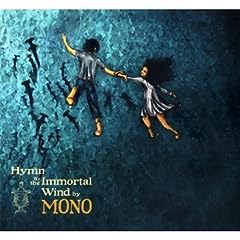 Mmm, twelve minute epics about cosmological wars in the skies? Yes please! Japanese post-rockers Mono like to aim for the big, slow-building post-rock anthem with unerring accuracy, start from tiny twinkling guitars, then build up until all the guitars on earth were crashing through a wall made of mountains whilst meteors rain down. Post-rock really does work best when described entirely in metaphors. But Mono are just better at it than most others and Hymn To The Immortal Wind is both utterly faithful the post-rock formula, and thunderously ear caressing at the same time.
Best bit Any drop into the loud guitars, although ‘The Battle Into Heaven’ does it best.

8 Future Of The Left – Travels With Myself And Another 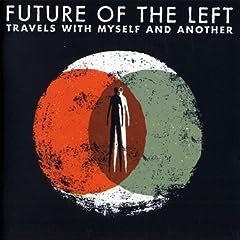 That’s what we need, loud, angry, funny and fast. Future Of The Left are the band Britain doesn’t realise it needs, so it’s convenient they exist anyway. In many ways this second album isn’t significantly different to the first, it crunches along with Andy Falkous’s guilty pleasure lyrics spat out – “I only hit him cos he made me angry, I only hit him cos he made me mad”. No absurdity too ridiculous to be overlooked, this is intense and satisfying. You need to shout along to this.
Best bit The lyrics, as with anything Andy Falkous touches. 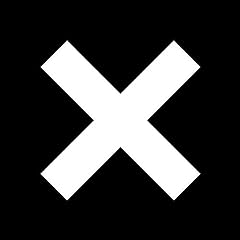 Never has sparsity sounded so dense. Ok, that’s not true, it regularly does in the world of dubstep, but the twanging country guitars and murmered vocals of Oliver and Romy add a more human layer to the darkness. Each individual component sounds so simplistic, yet together these parts echo around each other in a beguiling dance. A close and intimate record, one for long dark nights… convenient we get a lot of those, eh?
Best bit ‘Intro’ is so much more than that title suggests. 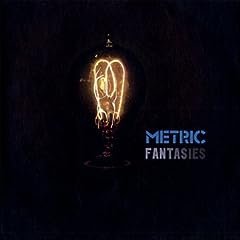