Cash for Access: The East has haunted British politicians before.

The allegations that two senior MPs, Sir Malcolm Rifkind and Jack Straw, were willing to accept payment in order to facilitate favoured ‘access’ for a Chinese Hong Kong company sound very familiar. A similar scandal in 2012 involved other politicians appearing to offer payments for access to the Prime Minister and Lord Chancellor. The Conservative government of John Major was also rocked by accusations that cash could be paid for questions to be asked in Parliament.

But there is an even older history of such scandals. At the end of the seventeenth century the Speaker, Sir John Trevor, was expelled from the House of Commons for having received 1000 guineas for promoting the passage of a bill wanted by the City of London. But this was only the tip of an iceberg. Far larger sums were found, the same year, to have been paid by the East India Company to MPs, including Trevor again, in order to secure the charter which gave it a monopoly to trade in the Far East. 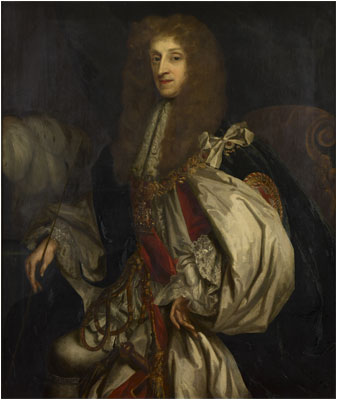 Sir Thomas Cooke, the master of the East India Company, was grilled to explain the £90,000 that had been spent by the company for ‘special services’ when the bill was passing through parliament. A merchant-turned-company advocate, Sir Basil Firebrace, revealed that payments had also been made to Charles Bates, almost certainly intended for the Duke of Leeds, who at the time enjoyed one of the most privileged political positions as Lord President of the Council. Bates admitted that he had left the money at Leeds’ house, but claimed, somewhat implausibly, that this was only so that it could be counted properly by one of the duke’s servants, John Robart, who then conveniently absconded before he could make any further revelations! Despite an important witness disappearing, corruption was at the heart of the three articles drawn up against the Duke in order to prosecute him in Parliament, a process known as impeachment.

The 1695 scandal claimed the scalps of two high profile politicians and enabled a shift of government, from Tories to Whigs. It's too early, of course, to rush to judgement about the current revelations. But some might think it time to consider bringing back impeachments for future cases where the wrong-doing is clear. The last impeachment was held in 1805, again on a corruption charge, against the earl of Melville. An impeachment was again attempted in 1848, against Palmerston for his foreign policy (and money was alleged to have changed hands), but it failed to secure enough votes and the process has not been tried since then. A Select Committee in 1967 recommended that impeachments should be abolished; but they have never formally been removed from the statute book. They were perhaps abandoned because they could easily become partisan affairs: in 1695 Leeds believed that the campaign against him had been a long time in the planning, waged by Charles Montagu, the Chancellor of the Exchequer and one of the leaders of a group of Whigs intent on removing prominent Tories such as Leeds from political influence. Political they might have been; but they were also ritual cleansings of the parliamentary stable, moments of drama that served as reminders about the value of integrity.