While all the travelling around Christmas time was perfect, of course I had to come back as usual and finish up some assignments due in for January. The following term itself was definitely my busiest one so far in Warwick. Aside from societal involvements as president for Women for Women International, I also represented my society and collaborated with some other female-oriented societies (Warwick Women Career's, Project Baala by Enactus, Girl Boss and the US Programme) to create Warwick's first ever Women's Summit. The Summit is the first of its kind in the UK, and especially the first which is entirely student-led.

The aim of the Summit is to bring together successful and ambitious women from a range of careers, to provide participants with a full day of speeches, breakout sessions, and panel discussions to raise awareness about issues facing millenial women today, and to equip them with the necessary skills in preparation for the workforce. We opened tickets to students from all around the country. All the expenses were covered by sponsors of Warwick Women Career's society, but we still ticketed the event for £9 and all the proceeds from the ticket sales went to both my societies' charity (WFWIW) and Project Baala, which gives women in rural parts of Pakisan, India and parts of Africa access to disposable sanitary pads. 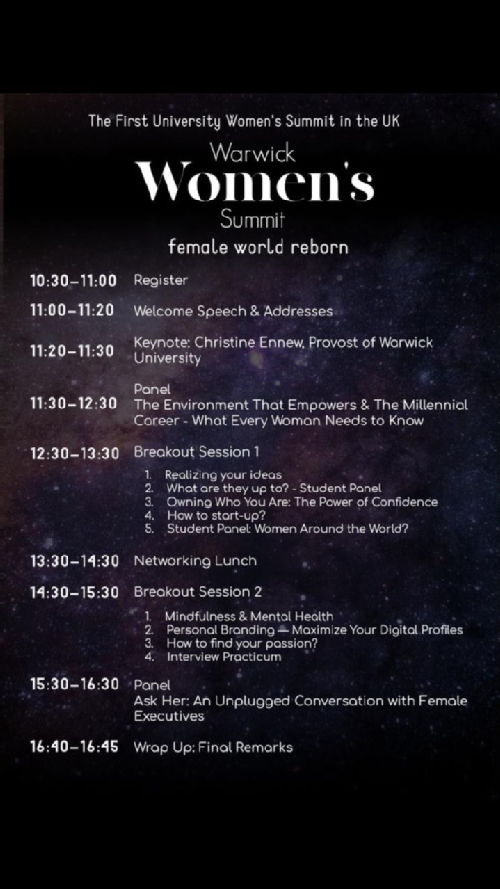 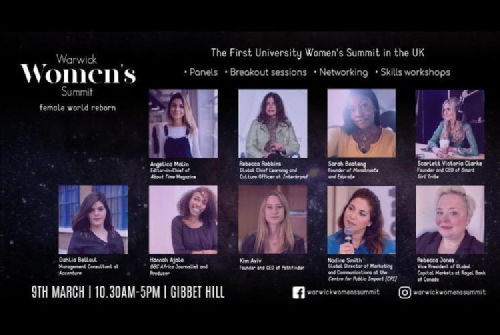 We started properly planning for the summit before Christmas time, as we only come together with the idea around then. I have never been so heavily involved in something this big, and I am so proud with how the event turned out - we had over 100 particpants. We also managed to contact so many successful and interesting women to come in and share about their work, and the turnout was fabulous! we also raised around £900 for charity in total. One of the comments on the feedback form at the end of the event said the summit created an energy that was akin to a "girl's bathroom on a night out - all love, supportive energy & good vibes!".

Planning the summit has been the highlight of my university experience thus far, and I get so overwhelmed when I think about how blessed I have been to be in a position where I am inspired enough to even think of creating this event, and then to be given the necessary support to go ahead and make it happen. The girls that I was working alongside were nothing but the best, and I am also very proud to have created a position on my societies' exec called the women's summit officer, to make sure this event happens again next year! We have started something that is going to recur annually, and I really do feel like we have started a legacy here in Warwick.

There's so much I can talk about the Summit, and how much it has taught me but I will just let the pictures do all the talking! 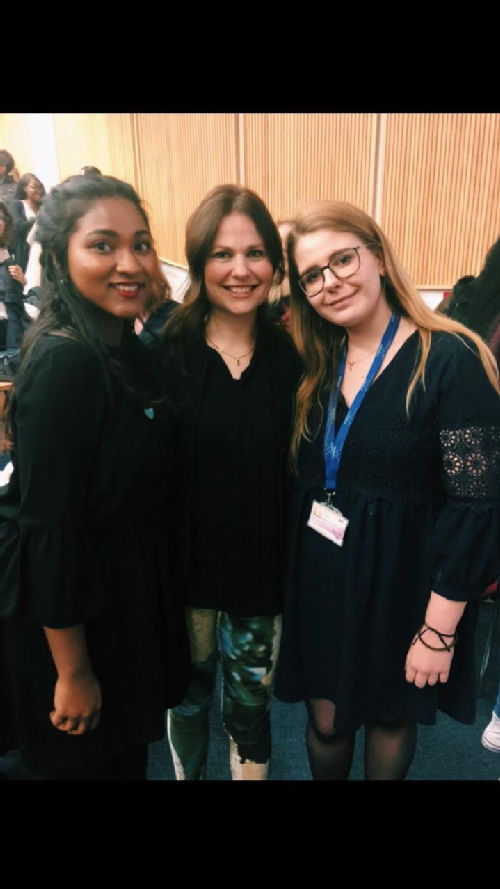 A picture with one of the speakers - Rebecca Robins, the Global Chief of Learning and Culure Officer for Interbrand. She is an expert in branding, and so I emailed her a months ago with an invitation when the Summit was nothing but a dream. She was immediately on board, and so enthusiatic to help us realise our ideas! Fast forward a few months later, she was there in real life on the day of the summit, and she conducted a breakout session titled 'Personal Branding - How to maximise your digital profiles' which was a complete hit amongst the attendees, and she was also in the panel dicussion for women in executive positions. Rebecca's energy is electric, and people like her really just made the whole event such a successful one! 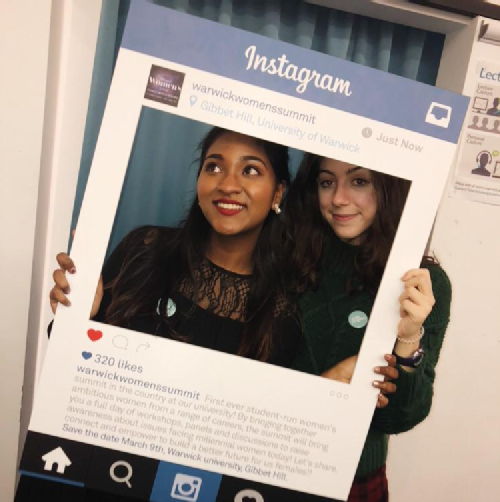 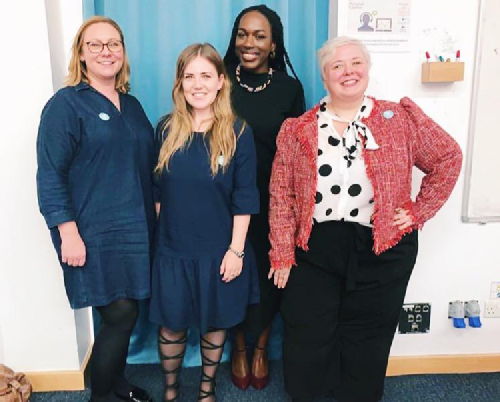 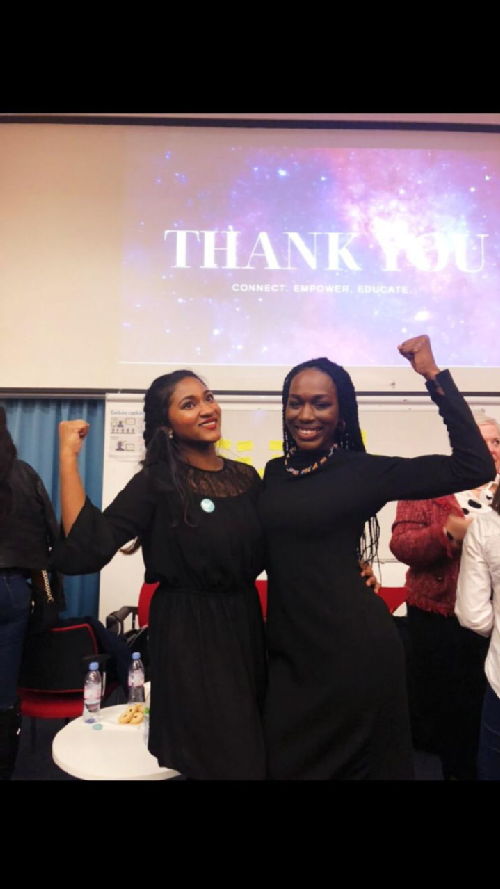 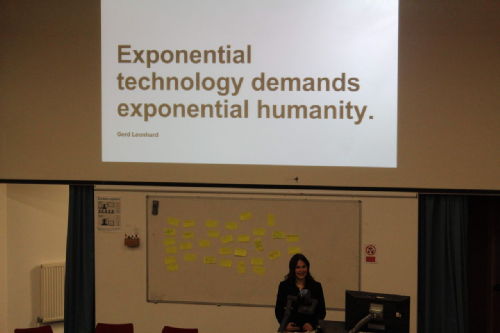 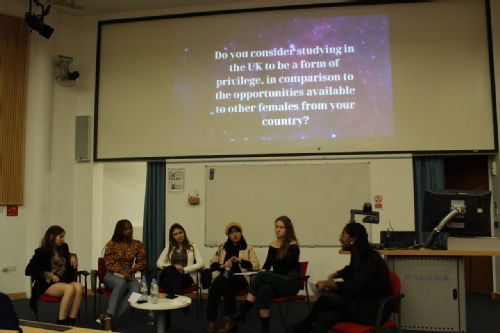 I moderated a student panel titled 'Women around the World', where we invited students from 5 different continents to talk about their experiences coming from different regions. It was such an insightful panel discussion! 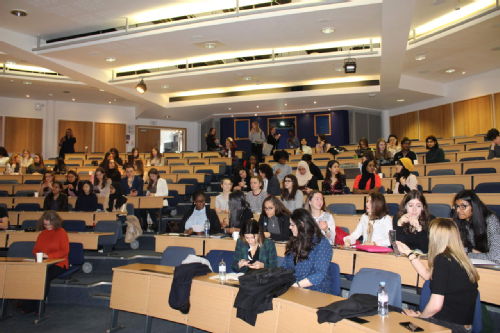 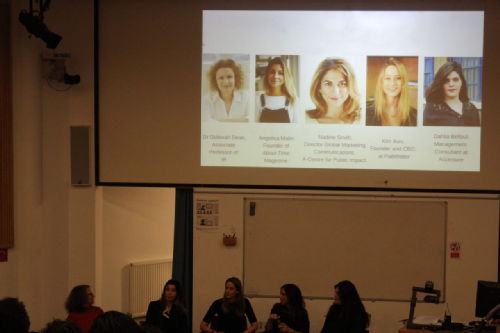 Aside from the summit, my society also ran a few exciting events, and the latest and our biggest event was the #SheInspiresMe conference!. We had 5 different speakers. 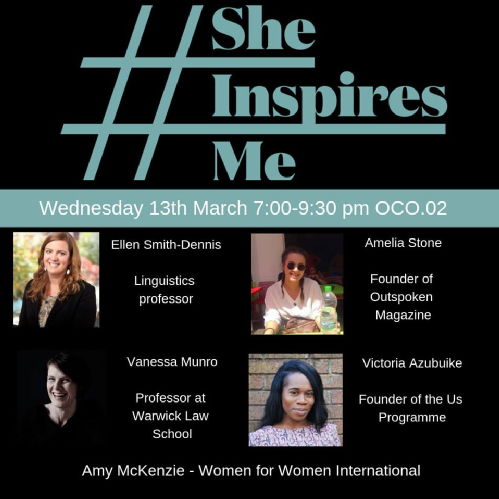 The first was Amy Mackenzie, and she represented the WFWI foundation in London so she spoke about the inner workings of the charity. Secondly, we had Victoria Azubuike, a final year management student in Warwick. She is also the founder of the US programme, a project to help educate and inspire young women mainly from disadvantaged backgrounds to break boundaries and achieve goals. The US programme hosts conferences, bringing together women from similar backgrounds, helping them to succeed in their chosen careers. Thirdly, we had Amelia Stone - she is the founder of a website, Outspoken. She started this through funding from 02's 'Go think big' team for a social impact project. Her site's main objective is to provide a free and open space for the discussion of equality and justice, mainly regarding gender inequalities, for Warwick University students; and this can be through articles, art, poetry or literature etc. So far, the topics covered ranges from child marriage, period poverty, female sexuality and slut shaming. Our fourth speaker was Vanessa Munro - a feminist, and a Professor at Warwick Law School. She has worked on a number of projects exploring how the law regulates women’s agency, particularly in relation to their bodies and sexuality, and how decision-makers evaluate claims of sexual violence. She is currently co-organising the Scottish Feminist Judgments Project and is involved in a large study of jury decision-making in rape and assault trials, funded by the Scottish Govt. Our final speaker was Dr Ellen Smith-Dennis, a lecturer in the Applied Linguistics department at the University of Warwick. She has conducted research in the UK, Italy and Papua New Guinea. Part of her research was on maintaining an endangered language in Papua New Guinea.

Here some snippets from the conference! 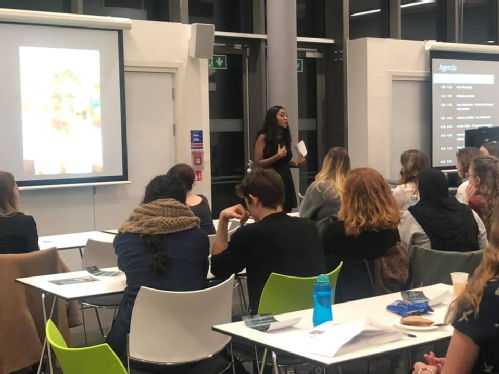 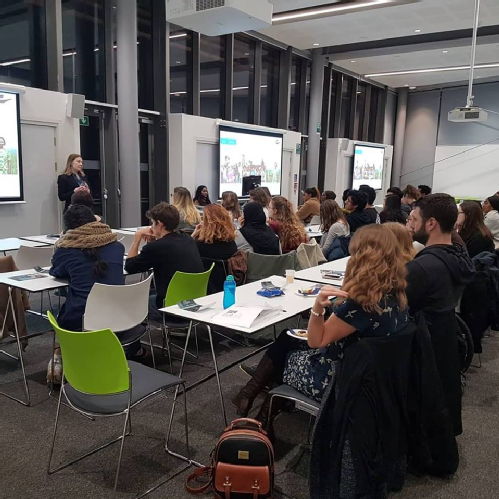 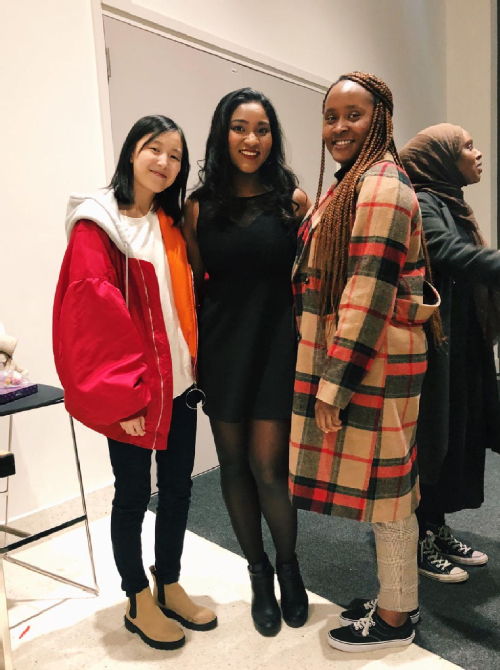 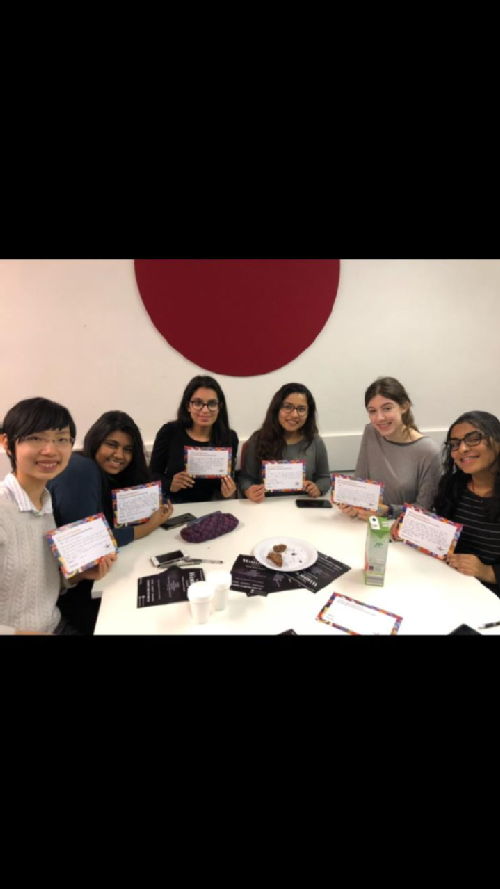 Members of the society writing letters to our WFWI sisters! 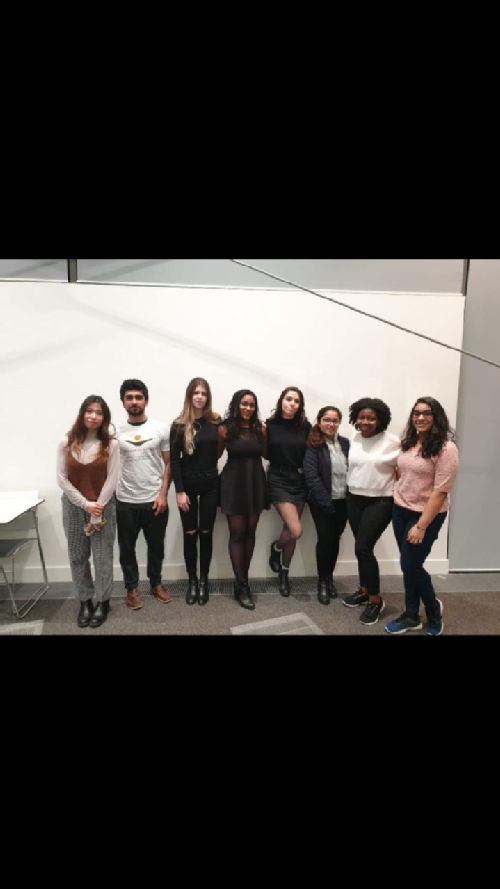 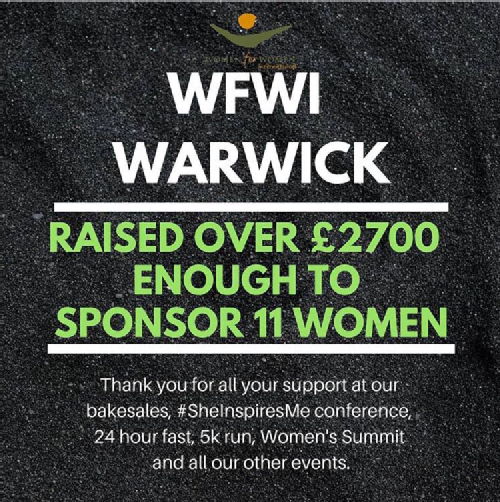 It has been the most enriching experience and privilege to work alongside and lead my exec for the past year, and I am so proud of how far we have taken the society! It has grown exponentially, especially with the collaborations as part of the Summit. I have also grown as a person, team player and leader and the experiences of my time as President has truly shaped my work ethics and it was nothing but an honour. I will no longer be on the exec from this term onwards, as we just had our elections, but I have successfully gotten a different position!

For the next academic year, I will be running Warwick Law Clinic alongside 2 other girls. I have spoken about this briefly in a previous post, but just to recap it is a programme that offers free legal advice on the weekly. I used to just be an adviser, but for the next year I will be a project leader and manage the law clinic! I strongly believe in the need to make legal advice more accessible, and so am honoured to have this position and can’t wait to see where this will take me!
For now, it has been one crazy term and I deserve some rest. As I type this blogpost, I am buzzing for my upcoming trip to America and Canada! It has always been a dream to go to these countries and I never thought I would, but here we are! I will update pictures from this trip in the next post - for now, that’s all I have to update this space with!
Much love,