What I did on my summer holidays

I didn't live in nineteenth century Australia but I imagine that life was pretty close to how Peter Carey describes it. I didn't enjoy this book enormously but I did appreciate it. The quality of the writing is extraordinary, and the story intrinsically interesting. It's a book I'm pleased to have read but will probably not be returning to.

David Attenborough is my hero 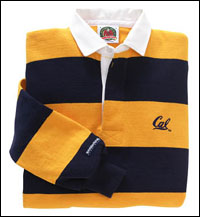 Living in the rural paradise that is Heronbank, I ventured out early this morning to take some pictures of the local wildlife. Unfortunately, I was wearing my Berkeley "school spirit" blue-and-gold-striped rugby shirt and thus the heron (how apt), pheasant and goslings I wanted to photograph all ran away.

Had I managed to get close enough, the picures would have looked remarkably like these: 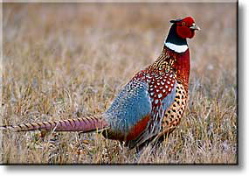 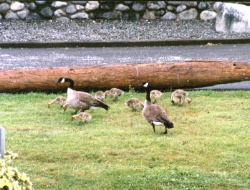 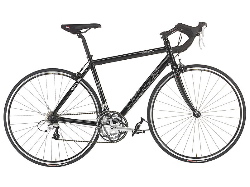 In San Francisco I'm a mountain-biker (with Marin across the bridge, it would be rude not to…), but I've decided to give road biking a go this summer. Thus, after a visit to Mike Vaughan Cycles in Kenilworth, I am now the proud owner of a Specialized Allez (triple).

So far, I'm just wending my way around the lanes surrounding the University – out to Kenilworth, around Cryfield Grange, Bonsal Heath (or whatever its called) and Westwood Heath. I'm keen to get farther afield so if you know of any good routes, please drop me a line. 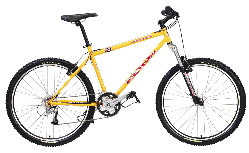 Mechanically, the bike is performing well. The Sora front mech has trouble changing from top to middle unless the rear gears are in one of the top three cogs but it's not too much of a hardship and I'm hoping it'll be sorted out with a bit of tweaking. It certainly weighs a hell of a lot less than my Kona Lava Dome!

It becomes fashionable to like this film, then dislike it, then say that the books are better, then to re-read them and realise they contain a ton of superfluous material. All I know is that this is one of the best films of all time: in terms of something to settle down and watch on a Sunday night, nothing comes close. It has drama, action, amazing effects (but always subordinate to the plot and direction), and real emotional engagement. The loss of the Saruman-Hobbiton debacle is no loss at all, and although the whole end-wedding-pantomime sequence grates a little bit, the pieces before and after completely outweigh them. Tremendous. Bring on the Hobbit!

Admittedly I was recovering from jet lag and food poisoning, but this film had me in tears several times. Only rarely was its age revealed, and, although its depiction of Beckett's alienation was sometimes heavy-handed, its main themes still resonate. It was particularly interesting to watch it at the same time that the Reagan administration's attitude to AIDS (or lack thereof) was revealed in the press.

Apart from a turgid middle section devoted to an explanation of the world of Oceania, Eastasia and Eurasia, this is an excellent book. Unremittingly bleak, without a happy ending, it left me in a state of deep psychological shock, a state only slightly relieved by the outstanding quality of the writing. It does feel a little dated, but, more than anything, reading it reveals how often the book's concepts and name have been taken in vain, particularly by civil liberties organisations. For one thing, Winston Smith doesn't even have an identity card…

It was an early start, some deft mobile-manoeuvring and a lucky run on the M25 but we got to Ultralab's home in deepest darkest Chelmsford a few minutes before our appointed meeting time of 11am.

Ultralab is in an unlikely place. Not only is it based in Chelmsford, not only is it housed in Anglia Polytechnic University, not only is it in an unsightly concrete edifice, not only is it on the third floor (that's in addition to a Ground floor for any Americans reading), but there isn't a lift. Luckily, the effort is worth it because Ultralab is also a remarkable place. For a start, it houses nostalgia like you wouldn't believe - BBC Micros, early Macs, VideoDiscs, the whole lot. It is also home to one of the one of the most gloriously chaotic office spaces I've ever seen. It could at once be a stuffed toy factory, a server graveyard, home to Oracle, or the command deck of a far out creative consultancy.

Enough things have been said about Stephen Heppell that I need add little more, suffice to say that he's both an innovative thinker and a nice guy. Pretty rare stuff. We had a virtual walk around a bunch of Ultralab's most innovative projects and, for the first time in about two years, my understanding of online environments was extended. I walked out thinking about things in a way I hadn't done before. This, of course, could reflect more where I started from than anything else…

Food for thought & well worth a visit, virtual or otherwise.

Recording speech onto a CD using a Mac…

I need to use a microphone to record speech and then burn it to a standard audio CD (ideally with each voice note being a separate track). Failing this, an MP3 output would be fine too. I have an iPod and Powerbook G4.

Extraordinarily well written, but too short

A readable, funny book that gives a real insight into an unusual mind. It took me less than a day of on-off reading to get through the whole thing. The end is too rapid, though: for a book that spends several chapters on a train journey from Swindon to London, a "happily ever after" (or variant thereon) is really a bit of a cop-out. I want to know more!

No-one needs me to tell them that this book is good. The Man Booker Prize did that. However, it is also fun to read, and made me laugh out loud several times. Tight narrative style tails off after the middle; in some ways I'd like it to be more dense, tell more of the story.

Manages (on the whole) to be cool and edgy without being self-conscious.