I am David--a movie on Life

You probably have never heard of me. I am David(Ben Tibber), a 12 year old boy and have grown up as an enemy in an Eastern European Communist concentration camp in Bulgarian because of the war. I lived there like others, being forced to break up rocks into gravel under the merciless prodding of sadistic guards.

Still remember, it was the year of 1953 that I tried to escape, guided by a man in the camp. To be honest, I dont know the reason that I was sent there but I was kept informed of the importance of life. I knew it would be difficult for a 12 year old boy to escape a place like that but it was the passion to stay alive that strengthened my desire and courage. I finally tried.

I succeeded. I escaped that cruel and harsh imprisonment. I ended it and was finally free from it. However, what I only had was nothing but a bar of soap, a compass, a half loaf of bread and a sealed letter to Copenhagen, of which I had no idea. I had to cross the border, travel through Greece, Italy and Switzerland to my destination in Denmark. Facing this long odyssey for a boy like me alone, I was afraid and the memories of that period of life in the camp would once in a while come to my mind but I was lucky enough to get into rides on trucks, got over the border to Greece I tried to continue with the warning of trust no one. I dared not to open myself much but kept every fare within and everything hidden.

Surely I have everything experienced and met different people on my way, the ship man, the Italian baker, the girl I saved from fire and the Swiss artist. Among them, it was through this Swiss artist (Joan Plowright) who cracked my defenses in trusting others. It was from her that I found the moral compass, a guide, and that there are people whom I can trust. Then, coincidently, I found…and I told her…. Oh….

See what the director (Paul Feig) has said: 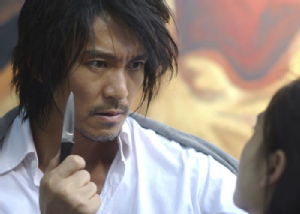 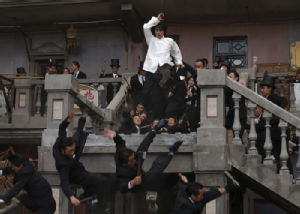 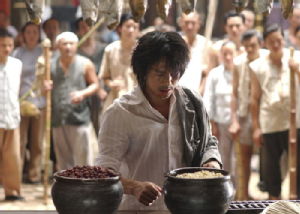 Seen the latest Chinese Kungfu movie? The fighting in Kungfu by Stephen Chow is refreshing. This movie has been exaggerated a lot as some of other Stephens movies. It is funny. You will see the fast-speed running, high-volume screaming. The style of this movie has reminded me of Jackie Chan and also of the Matrix. It's comedian but very creative! Surely, as it has been said, Stephen Chow is a master. Kungfu made me laugh anyway on my Christmas day. Want to see it? Figure it out yourself!

The social problems reflected from Kungfu Hustle (In Chinese)