Auguri Italia – despite all

Italy celebrated its 150th birthday yesterday, and I am in Modena, 10 minutes away from Reggio, where the tricolore flag was created. As a student, I saw waving the Italian flag as an act of fascism. It was just acceptable only for sport events, but even for that it is no more now – with Italy fans regularly singing fascist songs and chanting racist abuse at the first black Italy’s player, Balotelli (and the only good player Italy has right now by the way). 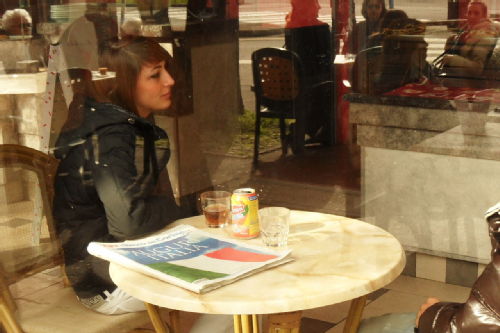 Still, today I wore a five colour (three Italian colours plus two European ones) coccarda. As long as we remember the many dark days of Italian history (colonial policy towards the South; repression of German and Slovenian speakers; imperialist, mass murdering colonialism in Africa; and most of all fascism, Nazi alliance and anti-semitism), there is no reason why not to celebrate Risorgimento, which inspired peoples’ freedom from Poland to Latin America. With all its evident limits, and despite the legitimate nostalgia Milanese may have for aspects of Austrian rule, there is no doubt that the Italian state was better than what was there before. And today to oppose Italy’s celebrations are just the racists of the Northern League...

In Modena we are also remembering a very sad day of Italian history, the ninth anniversary of the assassination of Marco Biagi, industrial relations expert, by the Red Brigades in 2002. He was not the first colleague to meet this fate: Tarantelli and D’Antona were killed before him, many others were injured and threatened. Many of the victims also suffered abuse, first from the extreme Left, then by the government (Biagi was called a ‘ball-breakers’ by Interior Minister Scajola). Some colleagues, still today, are not free to go out without police escort. Labour relations is inherently controversial (and yesterday some young Italians told me my speech was ‘courageous’ as they would not be allowed to express that degree of criticism at the current government) – but if we do not fully respect difference of opinions, there is no point in it: terrorism is the denial of democracy, including industrial democracy. As somebody who cycles to work every day, I also love the logo of the Biagi Foundation (Biagi was shot while cycling home from work).

Finally, yesterday I was also on strike, to defend our pensions – and especially the pensions of our younger and future colleagues.