The fantastic world of South Tyrol 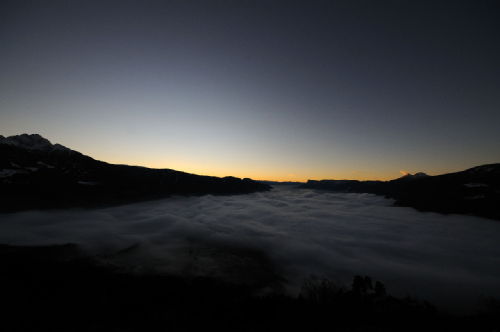 It is a proof of my weak national identity that my favourite Italian province – the one I visit most often just for pleasure, for no ulterior motives like family or work reasons – is the least Italian of all: Alto Adige, which I call with its original German name, Südtirol.

South Tyrol has, to name just three things, the most beautiful mountains (the province itself is a geological museum, with the Dolomites as masterpiece), the best apples and the best white wine in the world: Gewürtztraminer comes from here (from Tramin, as the name says), while Riesling achieves here very distinctive results, and the Sauvignon from Terlan is just about the only wine to go with asparagus. It is not that the red are worse (especially the local Lagrein grape), they just have stronger competitors elsewhere. This is the Italian region with the highest percentage of quality wine on the total production: the usable surface is so narrow that there is no point focusing on quantity over quality, so that, here, you run little risk of finding bland or bad wines, unlike in the rest of Italy (not a scary risk anyway, when prices start at 1€/bottle).

It also has some of the best ski slopes in the world (the mythical ones in Gröden/Val Gardena), but this year so little snow has fallen to make them hardly skiable. A strong foehnkept all the clouds and snow just on the other side of the mountains, in the Austrian North Tyrol, keeping the Italian side sunny but dry. No big deal. We still spent a splendid weak in the Mutöfen – high mountain alms – overhanging 1,000 meters above Meran, the largest majority-German speaking town in the region (South Tyrol’s capital, Bozen, is now majority Italian-speaking), hosting marvellous thermal spas. Alpine pastures and farms are so high-cost today to be economically viable, and are among those activities that fully deserve European subsidies on the grounds of their positive environmental and cultural externalities (it is the implementation, not the idea of Common Agriculture Policy that is wrong). Most alms, to survive, combine agriculture with tourism, like our Muthof, dating back from the early XIX Century, when Tyrol, under the leadership of Andreas Hofer from the neighbouring Pustertal, rebelled against Bavaria, Napoleon and the Enlightenment. I guess that the let of our cosy apartment, with its breathtaking view, produces as much added value in a day as the fourteen cows put together.

Here, it is as German as it can get. Pustertal is still tied to Hofer’s anti-Enlightenment views: men on important occasions still carry their huts with feathers indicating their marital status, and are the most opposed to any accommodation with Italian rule. Here in the Muthöfen, children speak only German: they do have some Italian at school, but with whom can they practice up here? On TV, a wide range of Austrian, German and Swiss-German channels, but the reception of Italian channels is too bad. And one can live in South Tyrol without speaking Italian: like the octogenarian landlady of the Meran’s B&B where we stayed a couple of years ago, who, with no hint of irony, moaned that Italians coming to live in Meran learned no German.

Nowadays, South Tyrol’s autonomy is often advertised as a model for minority rights and inter-ethnic relations, for instance in Northern Ireland. But the path to the current situation had its nasty moments and the reality is not as glamorous as the Alpine views and the current economic wealth. The four parts of Tyrol (East with Lienz, North with Innsbruck, South, with Bozen, and the Italian-speaking Welschtirol or Trentino with Trento), whose unity dates back to the middle ages under the castle of Tirol just below our Muthof, were split after the First World War. Austria had come to accept the idea to cede to Italy Trentino already before the war, as a concession to avoid Italy changing sides, but Italy profited of Austrian collapse to move the border till the Alpine dividing range, the Brennerpass, which made geographicbut no cultural sense: South Tyrol was then 90% German-speaking. Italy did not comply with Wilson’s criterion of self-determination, and instead started a program of forced Italianisation, building in South Tyrol industrial zones for Italian immigrants and forbidding German-language education. Soon, Mussolini pursued Italianisation with an even heavier hand. It is to some extent understandable, then, that the South Tyroleans made their own historical mistake in 1939, when 86% of them, under Goebbels propaganda, opted to relocate to the Third Reich within the framework of the Hitler-Mussollini pact. The war interrupted the relocation plans and after it the Italian Prime Minister De Gasperi, himself from Trentino, exploited this pro-Nazi episode to delegitimize the South Tyroleans and create a united Trentino-Alto Adige region where the German speakers would be a minority. This situation led to an international dispute in the UN between Italy and Austria and to the rise of South Tyrolean resistance. Under the leadership of Silvius Magnago, the Südtiroler Volkspartei (SVP) became the assembly party of all German speakers. In 1957, a historic demonstration took place in the Sigmundskron castle under the ‘Los von Trient’ (Away from Trento) slogan. After waves of bombings by South Tyrolean extremists, negotiations led to the ‘Paket’ agreement on autonomy was reached in 1969, narrowly accepted by the South Tyroleans and implemented with characteristic slow pace by the Italian state: only in 1992 it was fully implemented and the Austrian-Italian dispute ended. With autonomy, South Tyrol has achieved the ‘Los von Trient’ goal, and only marginal minorities nowadays want the further step of ‘Los von Rom’. Last week, the Northern League’s leader Bossi was in Bozen try to tempt the SVP into an anti-Rome alliance, but he was coldly rebuffed: for the SVP, Milan is no better than Rome.

Today, also thanks to wealth coming from hydroelectricity and tourism, Südtirol is a peaceful and happy place. The Austrian access into the EU also opens the perspective of a united Tyrol, if not as a country, as a ‘Euroregion’, although Trentino is still to be convinced.

Is this a model, though? The German-speaking majority and the Italian minority (alongside a smaller Ladin minority) live peacefully, but separated by sectarian education and employment systems. Politically, on the German side the SVP, supported by the Athesia media empire and the only German-language newspaper Dolomiten, maintains its hegemony and is still to lose its absolute majority (only recently threatened by the extreme-Right Freiheitlichen, spillover of the FPÖ), while the Italians have often supported the neofascist Right. Lack of alternative and vote along ethnic-linguistic lines do not make a good polity. While the meeting of two cultures and languages has produced interesting results, especially gastronomically (try the Sissi restaurant in Meran by Langhe-born but Tyrol-adopted Fenoglio), this is arguably the least multi-cultural part of a non multi-cultural country. For most German-speakers, any multiculturalism is tantamount to surrender: in many ways, out of reaction and survival instinct, the South Tyroleans are more Tyrolean than their counterparts North of the border (but no more Austrian: as they say here, if anything South Tyrol can be above Austria, because its Ortler, at 3,905m, is heads and shoulders above any Austrian mountain).

The force that has done most to turn South Tyrolean protectionism (embodied by the Schützen) from what is no longer to defend (a unified mono-cultural Tyrol) to what is to be defended (a unique natural environment) are the Greens, who in this region reach the best results of the whole of Italy (2nd party with 17% in Meran last year). The leading figure of the South Tyrolean Greens was, until his shocking death in Fiesole in 1995, Alex Langer, a leader of the 1968 movement and an active pacifist. The best-known one, is the most famous of all South Tyroleans: the climber Reinhold Messner, first man to climb all world’s 8,000 meters, founder of the Mountain Wilderness movement and of the Messner Mountain Museum, and an MEP in 1999-2004. Among is numerous books, many translated into Italian and some also into English, there is Gebrauchsanweisung für Südtirol (2nd ed. 2010), for the non-touristic and no-nonsense German-language series Gebrauchsanweisung. A great climber unfortunately does not make a good writer, and Messner views are often contradictory, but the book express well his frustration for the SVP-Dolomiten power monopoly that has effectively defended the region from Italian intrusion, but unfortunately also from new ideas. 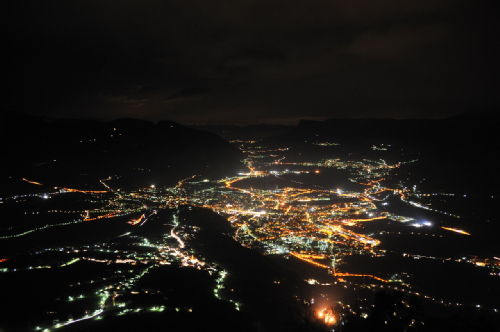