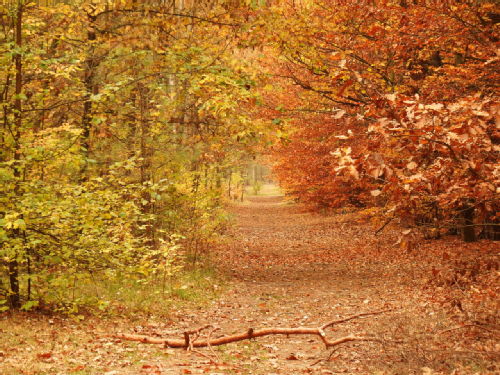 At the end of a month in Warsaw, it’s time for putting down some impressions as I had done for Berlin and more fragmentarily for Madrid and Barcelona. Unlike those previous stops of my investigation, Warsaw is not, and probably will never be, a prime tourist destination. Which alone makes it an interesting and exciting place to my eyes. 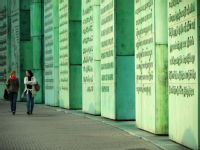 Warsaw is a very young city – architecturally and demographically. Levelled to the ground by German dynamite after the 1944 insurrection, it was rebuilt (including the Old Town) in a hurry and cheaply, but at least with some good ideas and a lot of green space by the communist regimes. The transition to capitalism was the opportunity for another wave of hurried and cheap wave of construction – this time of skyscrapers, shopping malls and pretentious villas for the rich. The urban tissue has suffered for it, as described on the Za Żelazną Bramą estate, but now, with increasing wealth, also some interesting, more ambitious architecture makes its mark. Warsaw will probably have the highest European skyscraper soon, the University library, with its façade with different alphabets and its roof gardens is one of the most beautiful library buildings I have ever seen, the High Court is extremely elegant... and Warsaw keeps growing and surprising.

Public transport is also improving, but slowly: the first line of the tube was completed a few years ago - after a few decades works. The second line, which connects to the new national stadium on the other side of the river, will spectacularly miss the planned opening date of next year: Euro 2012 fans should expect inconvenient transport, and residents a month of extra traffic jams.

Demographically, first the loss of over a third of the population during the war, then high birth rate and the huge baby boom of the early 1980s (martial law: a year of curfew, nothing interesting on TV and shortage of contraceptives), and finally strong internal migration (Warsaw’s unemployment is three times lower, and pay level twice as high as in the rest of the country) and some good universities give Warsaw a much younger look than most western capitals. The result is a fast changing place where things happen and nightlife is as vibrant as anywhere.

Even if the cultural capital of Poland is still considered to be Kraków, Warsaw has a much more cutting-edge scene. Warsaw is now full of klubokawiarnie, intellectual cafés for the most disparate tastes where young people discuss books, politics, travel, try new tunes on the guitar.... I have already written a blog on the leftist ‘New Brave World’ café, but there are plenty more, especially near the University, but also hidden in the various neighbourhoods. Concerts (very strong jazz and classic traditions, open to innovation) and especially theatres are first-class. Polish stages are marked by experimental and absurd streams (Kantor, Lupa, Grotowski, Mrożek, Gombrowicz) and thanks to a tradition of generous subventions are particularly popular. The most famous Polish cinema actors who appeared in Wajda and Kieslowski’s films are above all theatre actors, and give their best live – actually, if they can be criticised, it is for being too theatrical on film. Among the recent novelties there is Teatr Polonia, a new independent theatre set up by the most famous Polish actress, Krystyna Janda, who has played 700 times her pièce de résistancemonologue, Shirley Valentine. A live transmission of a comedy from Polonia had some 3million viewers last Monday, more than most Polish national team matches (and deservedly so).

During my stay I sadly did not find the time or the tickets to go to her theatre, nor to see the best plays in town (Mrożek’s Tango at the neoclassic National Theatre and the Dostoyevsky-adapted Idiot at the Studio Theatre in Stalin’s Palace of Culture and Science). I went instead to some more cutting edge shows. Wyzwolenie (Liberation), at the Teatr na Woli, is a re-adaptation of the neoromantic play by Stanisław Wyspiański, who already one-hundred years ago offered a smart sardonic view of Polish nationalism (my favourite Wyspianski poem/play is Wesele, the Wedding, a satire of the unconsummated marriage between peasantry and revolutionary intellectuals – you can see the film transposition by Wajda if you can’t go to theatre in Poland). In this adaptation, director Piotr Jędrzejas brings the action to our days, and the satire is of current rightwing nationalism, including the use of the Cross, in an absurd set reminding of Pirandello’s Six Characters in Search of an Author: actors repeat Wyspiański’s verses but don’t know what to do with them. Besides the provocative aim (some rightwing journalists asked to stop the show and incriminate the director) and the good (but short) performance of Jerzy Trela, the play was a bit unconvincing, to most of the audience and especially to somebody like me who has not read the original Wyspiański’s text. For this reason I was in a position to enjoy more fully, at the Teatr Powszechny,“jesteś piękne... mówię życiu’ (You are bueatiful... I say to life), based on the poems by Wisława Szymborska, Nobel Prize 2006 and one of my favourite poets. Unlike Wyspiański and much of the Polish literature, Szymborska does not deal with big historical issues, but with intimate everyday experiences – which are not necessarily less political. The play, in which three women around a table tell each other their life impressions through Szymborska’s words, is a triumph for both the fragmented, ironic short poems, and the art of reading of them.

Warsaw is also a city of cinema. The setting of Kieslowski's masterpiece Dekalog, and host of an incredible varieties of cinemas for the most cosmopolitan programming. Besides the new multiscreen, 3-D complexes, a handful of splendid or intimate vintage cinemas, like Muranow. I went to a new cinema, KC Kino, opened in the projection room of the monumental building that used to host the communist party's Central Committee (KC stands for Komitet Centralny), and in a sign of the times in 1990 was turned into the stock exchange. I watched there Czerwony Czwartek (Black Thursday) by Krauze, a film on the December 1970 worker rebellion in the Polish costal cities, which was brutally repressed by the army killing 41 demostrators. The movie is clearly inspired to 'Bloody Sunday' by Greengrass, and it avoids the heavy nationalist rhetoric of most Polish historical movies, although the whole second half is filled by typically Polish martirology, i.e. the portrait of families' grief and victims' funerals - which are not historically irrelevant though: to avoid demonstrations, the funerals took place in the middle of the night, with families given only 30 minutes advance notice. Anyway, the interesting experience was that the movie presents many scenes of Gomulka deciding the repression in the Central Committee, exactly one floor above where I was watching the film...

With so much food for the soul, what about food for the body? When I spent a few years here in the mid Nineties, there were just a handful of acceptable restaurants: the pseudo-Jewish Pod Sansonem in the old town, the pseudo-Japanese Tokyo, the new creative Kuchnia Artystyczna in the Ujazdowski castle, and a couple of communist-era places with extremely slow and bureaucratic service (Lotos, Mozajka – happily for gastronomic archaeologists they still exist and they have not changed). Now, Warsaw’s wealth and curiosity for the world have filled the city with all kinds of restaurants, from revisits of Polish traditions to all corners of the world. The restaurant critic of the main newspaper Gazeta Wyborcza (still one of the best newspapers in the world, and the best for information on the eastern part of Europe), Macjej Nowak, for many years wrote nearly exclusively caustic reviews: eating out in Warsaw looked more like a masochistic adventure than a pleasure. But recently, he asked in a column if Warsaw has become the food capital of Europe. The answer is no, but just the fact that the question can be raised tells about the progress made: and in terms of value for money ratio, there are really not many places in Europe where eating out is so enjoyable. Try for instance Przy Trakcie or Papu for smart Polish cuisine, Zgoda for unpretentious traditional Polish food, Izumi Sushi for spectacular Japanese, R20 for very good French, and, especially for desserts, the very feminine Słodki i słony of Magda Gessler. From next week, while in Paris, I will miss Warsaw prices and friendly service.