Auschwitz – and the Polish crosses 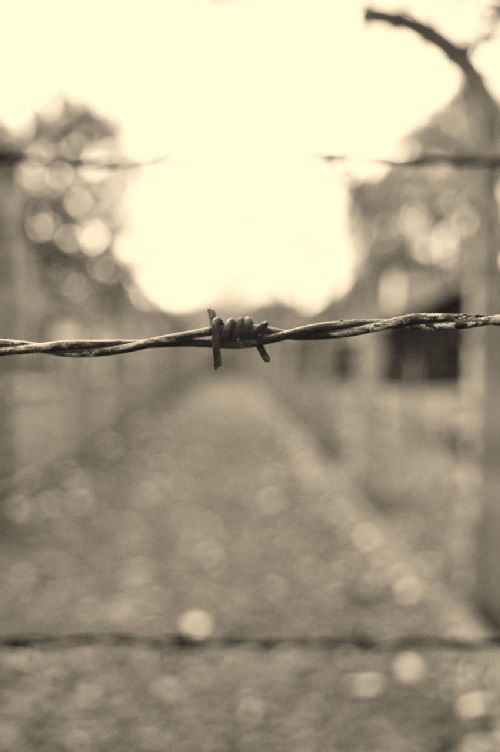 A long week-end in Krakow – a place where, as I wrote last year, I’m always happy to go back – allowed me also the time to go revisit, after a long time, Oświęcim, the mid-size town better known under its German name of Auschwitz, hosting what is, bitterly, the most visited ‘sight’ in the whole country.

I had been here for the first time in 1989 – when the guides were still often survivors, and completed the tour warning that in West Germany Nazism was still alive. And I was there again, more at length, in 1998. I was doing my PhD fieldwork at the Fiat factory of Tychy, only 10km from here, and suddenly Auschwitz was in the news worldwide because of the conflict over the so-called ‘pope’s cross’. I reported the events for the Italian daily il manifesto. The dispute was caused by a gang of Catholic fanatics occupying a gravel pit adjacent to the concentration camp of Auschwitz I, in defence of a cross that had been raised temporarily for the pope’s Mass five years earlier, but then kept there against the protests of Jewish organisations – who do not accept any religious symbol on a cemetery, and least of all a cross. For more details on a very delicate and multi-faceted dispute, I can direct to my longest analysis piece I wrote back then(oswiecim98.doc), but if you do not read Italian, I will try to summarise the issue shortly, hopefully not too roughly.

Auschwitz I is the concentration camp where tens of thousands of people, mostly Poles, were interned, exploited, tortured and killed. It has therefore an important place in Polish history: let’s remember that Poland had the largest anti-Nazi resistance movement in Europe, and that Auschwitz is, together with Warsaw's old town (for the uprising), its most important place of remembrance. But Auschwitz I is also the place where the first gas chamber was experimented for the annihilation of Jews – which would then take place in the most scientific, efficient large-scale way (at its peak, 10,000 a day) in the nearby camp of Auschwitz II – Birkenau: the largest Jewish cemetery in the world with over one million victims.

The co-existence of the memory of these two places has been difficult – especially at the beginning. The Polish majority was too scarred by its own suffering (over three million victims, total destruction of the capital city and near total economic devastation) to be concerned with the suffering of others, and to assimilate the meaning of the Shoah. Primo Levi, having described Auschwitz in Se questo è un uomo, in La tregua mentions how after the liberation Poles did not want to hear of Jewish prisoners. Jews, understandably, often complain about Polish ‘indifference’ during the war towards the Jewish suffering, although it must be remembered that in extreme situations indifference for neighbours’ fates is a psychological survival instinct – it was often the same among Poles, and indeed among Jews themselves. But Poles during the war did not need the Jews, but the Jews needed the Poles - desperately. As Władisław Bartoszewski (former Auschwitz inmate and resistance fighter, then first post-communist Minister of Foreign Affairs, and still an important moral and political authority in Poland) put it, to save a Jew ten Poles were needed, but to betray ten Jews, one Pole was enough. This was a desperate situation: in Plac Grzybowski, the centre of the former Warsaw Ghetto, a huge monument is planned to remember, by name, the thousands of Poles who saved Jews during the war - but they were never going to be enough (and the number is like everything disputed: for Bartoszewski, only the 6 thousands officially recognised by Israel should be named, for the Right, many thousands more).

What is more complex is why the indifference went on after the war. The communist regime was not conducive for open dialogue and trust. For long, many Poles ignored the major difference between their own suffering, and the Jewish one, not just in terms of ‘numbers’, but of principle: Poles had a choice, while Jews were all annihilated regardless of any individual merit. Even worse, in 1946 there were pogroms in Kielce, and the most conservative part of the population resented the Jews for welcoming the Russians. In 1968, it was the turn of the Polish communist regime to engage in anti-Jewish cleansing and expel tens of thousands of Jews.

The historical explanations of the difficult relations during the war, after it and during communism do not constitute any justification for the hostility after 1989 – when a part of the Church and the Right, including the broadcaster Radio Maryja, fell into open anti-Semitism, and the provocative defence of the pope’s cross in Auschwitz caused indignation worldwide. It took many months for Polish authority to remove the occupants and relocate the cross.

In 2011, Oswiecim is exceptional in an economically dynamic region for still not attracting any investment and keeping losing population: Made in Auschwitz is definitely not a good brand. But the situation is much calmer than in that hot summer of 1998. The guide does not blame current Western Germany anymore, but does point at the way Roma are treated in many European countries today, including the self-declared democratic, civilised West: deportation is how the Shoah started. The unique Jewish suffering is well underlined in Birkenau, while not detracting any attention from the Polish and Russian suffering in Auschwitz I. Similarly, Warsaw, which a few years ago built a spectacular, but very nationalist Museum of the Warsaw Insurrection of 1944, is refurbishing the few remains of the Jewish Ghetto (out of my window while I am writing this blog) and building a Museum to the Ghetto Uprising of 1943.

However, Poland keeps having problems with the cross. Last year, it was the one raised in front the presidential palace to commemorate Lech Kaczyński – and implicitly to deny legitimacy to the new president Komorowski. Now, it is the cross in the Parliament. It was hung to the wall at night by a group of rightwing MPs in 1997. Now, the new anticlerical party of Janusz Palikot asks to remove it, or at least to discuss and decide why one religious symbol should be there. Unsurprisingly, the Right and most of the Church reacts indignantly, re-enacting the dangerous myth that Poles-equal-Catholics. And in the XVII Century this was the most tolerant part of the Europe, and the most welcoming to persecuted Jews... 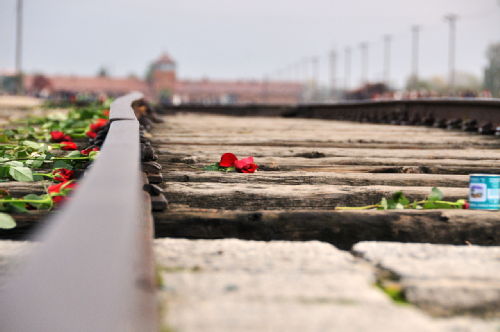