All entries for Wednesday 22 December 2010 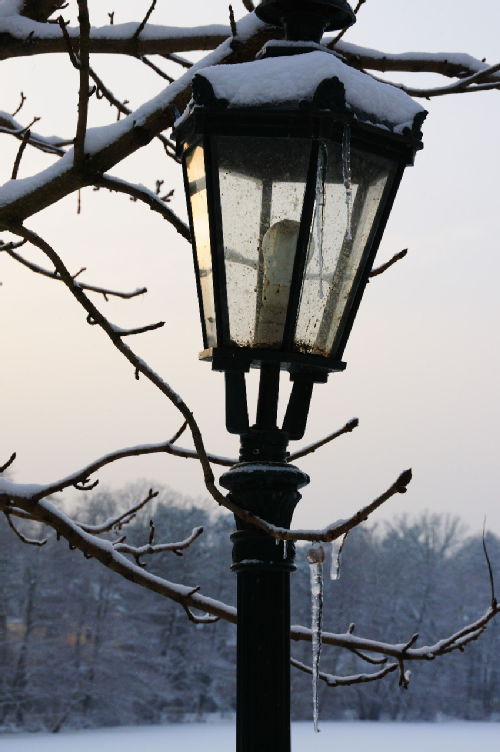 Airports are open, so my three-month stay in Berlin ends today. Time for some summary reflections on this city, starting from the obvious: 3 months is not nearly enough to experience a city as large, varied and complex as Berlin.

“Poor but sexy” is Berliners’ self-portrayal, starting from mayor Wowereit who, as a gay, can avoid the charge of sexism the use of the S word would involve in more PC countries. It’s an honest self-portrayal. Berlin is by far the cheapest capital of western Europe, and cheaper even than some eastern European capitals – after all, it still is a half-Eastern European city, and the other half wasn’t even a capital until quite recently. A near-20% unemployment rate does moderate prices. In all other European capitals the majority tends to be money-rich but time-poor, with an effect of hurry, selfishness, arrogance. Berlin is different: people have time rather than money, good taste rather than expensive cloths, bikes rather than SUV, spend the week-end in the parks and lakes rather than on foreign breaks.

It may change. The completely redeveloped Mitte may have some great new architecture, but is already undistinguishable from any downtown in Europe or USA. And in 2009 Berlin has overtaken Rome as third most-visited city in Europe (after Paris and London): demand is bound to increase prices and distort habits. But Berlin, while continuously changing, also develops forms of resistance. Gradual gentrification in once-popular neighbourhoods (first Prenzlauer Berg and Mitte, then Kreuzberg, now North Neukölln…) meets opposition, and so does tourism. The radical Left’s magazine Interim has launched, for 2011, an anti-tourism campaign with sabotage and disruption of hotels and tourist sights. Even if this materialises, if you visit Berlin in 2011 you have two solutions: first, do what is logic anyway, throw the Lonely Planet into the bin and stay off the beaten track, thereby avoiding the protests; alternatively, accept that the radical Left is itself a Berlin attraction, and join in, maybe asking passer-byes to take souvenir pictures of you throwing eggs at the sightseeing bus under the Brandenburger Tor.

Germans share with Brits a dubious record: nations that spend the smallest share of their income on food. So none comes to Germany expecting gastronomic revelations. As an advantage over the Brits, Germans at least have their practical, efficient functionality: so food at least is real, not junk. I like the markets with, in Autumn, the central European wild mushrooms, root vegetables, apples & pears, smoked freshwater fish (eel!), cooked meat (Blutwurst!). And bakeries, despite the expansion of chains, are mostly still real bakeries making a large variety of excellent bread (alongside less inspired cakes): my street has seven bakers, more than the whole of Coventry. Imbiss kiosks, with their shared standing tables, offer more reasonable food in a more social setting than fast food chains or British fish & chips – even if I believe the Berlin’s pride “currywurst” should have remained what it originally was: a mistake, not a recipe.

Restaurants and bars tend to offer reasonable, reliable, comfortable fare for very reasonable prices – from the traditional potato soup, Eisbein (pork hock) and calve liver, to, increasingly, healthier things. Execution and service tend to be very skilled, thanks to the German vocational training system, and waiters strike the right mid-way between Italian overfriendliness and French stuffyness. In the huge surrounding parks you can also have idyllic near-wilderness experiences in outposts such as the Alte Fischerhütte or the Forsthaus Paulsborn. Italian restaurants are very popular, also thanks to the large Italian ex-Gastarbeiter population, but having tried a few I was just confirmed in my belief that yes, you can eat fantastic Italian food outside Italy, but only if you pay for it more than the price of a ticket to Italy. A newer and more interesting fashion is Austrian food, with cafes, patisseries, delicatessen shops and restaurants: try Sebastian Frank’s Horváth in Kreuzberg before it is deluged with Michelin stars. For more ambitious German food, in minimalistic settings, “N°45” on the new-posh Kollowitzplatz (with its organic Bio-market for VIPs, equivalent of London’s Borough Market or Paris’ organic Sunday market on Bd Raspail) cooks with local, Brandenburg ingredients, extremely sophisticated techniques, but none of the obsession with presentation and concept that overburdens the nouvelle cuisine of France or Britain. So Berlin’s food is, too, “arm aber sexy”.

Angela Merkel may repeat that multiculturalism – whatever she means by it - has failed, but in Berlin, in an important aspect of European culture, it is alive and well: you can find bars to watch, with the corresponding community, food and beer, just any European football league: Italian, Turkish, English, Spanish… And when the time comes for Germany-Turkey in the Olympiastadium, the 80,000 public is evenly split between Germans and Turks, Özil scores a fine goal for Germany, and after the game the injury and arrest count is three times lower than for the average second-league Hertha game.

On the other side, while eastern Europeans and southern Europeans (including many Turks) blend in a rather lively way, in comparison with other large western European cities Berlin is still remarkably white, especially in the eastern part, except for some residual ex-DDR Vietnamese (who cook well, by the way). I hear repeatedly that blacks don’t feel welcome, also in comparison to the rest of (western) Europe. Recent research (from Bielefeld’s sociologists, as well as from Münster’s) points that Germans are more hostile to non-Europeans, Muslims and Jews (!) than the neighbouring nations – although, at least, not in an “aggressive” way: fear of the unknown more than hatred of something real. Germany‘s enviable record of not having a significant rightwing-populist party may not last for long – so far, the populist Right had little space because the Linke covered social discontent, and the FDP covered the middle classes’ – but now the FDP tax populism has imploded (in the opinion polls the party is down to 3%, from 15% last year, good omen for the British Lib-Dems), while the Linke is deeply split.

The best mean of transport in spacious, green and flat Berlin is the bicycle, but the round-the-clock public transport (also considering the large investment that was needed to link the eastern and western networks) is not bad. Or so I thought until, in November, I was informed that my monthly pass was extended for two more weeks, as a compensation for the poor level of service offered – which I hadn’t even noticed: used to Italian, Polish and British standards, I don’t have high expectations. Actually, does this extension-compensation principle apply to the rest of the EU? I should be entitled to a few years free transport in Milan and in the West Midlands…

In fact the disservice (again over the last few weeks due to snow) was limited to the S-Bahn, the bit which has been privatised (to Deutsche Bahn), while municipal buses, tramways and U-Bahn are perfect. Just another lesson on privatisation and efficiency…

German newspapers are as thick and heavy as the British ones, but have much less advertising and much more to read. They are also more old-fashion: mostly broadsheet, with a focus on main news rather than investigative journalism or comment, and rather similar titles to each others and to the previous night TV news. I wonder if they can survive for long in this way in the internet era. For a three-month stay, I came to enjoy their rather old style, especially when reading them in the already old-style decadent setting of Berlin’s cafés, and their international coverage is impressive (for British newspapers, foreign news mostly means “US+Commonwealth+British tourists abroad”, and for Italian newspapers, it mostly means “what the world says of Italy”). Serious national papers are also more numerous than in any other EU country (stricter antitrust laws than in UK or Italy), which must be good for democracy.

While the main German papers are from West Germany, Berlin has its good share of serious papers: Tagesspiegel, Berliner Morgenpost, Berliner Zeitung. Good local news pages across Germany may partly explain a new wave of local-issues collective action across the country. I became affectionate to the Berliner Zeitung, originally from East Berlin, left-of-centre, similar look to the serious Zürcher Zeitung but lighter, proving that you can write short but non-nonsense articles, and devote much space to culture (it collaborates with the Frankfurter Rundschau). But the best Berlin’s paper is Tageszeitung, or taz, originally from the New Left and Kreuzberg’s occupied houses, now a bit too close to the Greens but still with excellent writing. And Berlin even has two other newspapers more to the Left: the former-SED Neues Deutschland and the former FDJ (DDR Youth) Junge Welt. Both a bit too propaganda-like to my taste, but with interesting information on union issues.

The problem is the excess of choice, source of dilemmas and regrets as you will miss 99.9% of the 3 thick pages of events published in the newspapers everyday. Cabaret in French, opera in Italian, talks in English, songs in Russian… Large choice of international, original language films, even if the Hollywood blockbusters are (deservedly) dubbed. The best concert hall and the best philharmonic orchestra in the world (with a new director from Birmingham, how little the world is).

And the museums. I have an ambivalent attitude to the museums. When I first visit places, they are never a priority (I confess to have seen no New York museum after three stays there): I have so many art books at home that the added value of seeing the original after the reproduction is marginal, in comparison to the irrepleceable and irreproduceable value of experiencing new quarters, views, foods; and most museums are just too big and crowded to provide a pleasant experience when visited in a hurry. But if I stay in a place for longer, and I can find the right time (Monday 9am, Tuesday 9pm…) to go, I love them and can’t understand how the locals can ignore their offerings, maybe because they have already seen them 20 years ago. Berlin is phenomenal in this regard. The Museumsinsel is being modernised and the ‘new’ Neues Museum and Bodemuseum are spectacular, with the right light for each individual work. The Zeughaus and the Judisches Museum are as instructive and absorbing as the best history books. On the Freie Universität campus, just out of the office for my lunch breaks, there are the Dahlem ethnographic and Asian museums, excellent compensations for an otherwise Eurocentric city. The Hamburger Bahnhof hosts amazing contemporary exhibitions in an exceptionally spacious setting. But my old favourite is still the Berggruen Sammlung – now, after his death, Berggruen Museum. A relatively small museum in a homely setting, with only masterpieces from Picasso, Matisse, Klee, Giacometti, individually chosen with a strong personal touch by Berggruen himself while he was helping Picasso & Co to sell (what a difficult job): I leave it as happy as after having seen old friends, not museum pieces. 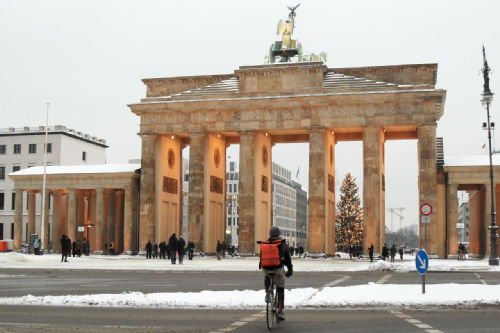