Yesterday I was talking with Sarah, one of my delicious neighbours, and we started – casually – a little discussion about… well… about society, let's say that (actually the discussion started after watching Rambo. First Blood. For a good review, see link).
She said that society is a construction – and I completely agree(d).
Then she went on saying that, because of it, it doesn't exist.
I startled. It doesn't? Well, I can say that the Humanities building is a construction – and yet it exists: have you ever tried to hit it with a fist? It hurts.
Now I want to reflect a little on that discussion.
We know that "male" and "female" are constructions (if you are an essentialist, sorry, you won't like this), and that the same male/female distinction is a construction. But this doesn't mean that they don't exist (if you have problem with this, ask to some feminist activist – they're trying to destroy this distinction).
To be a "construction" simply means that things can be changed (but this means that they exist), that they are "not natural" of "fixed for ever and after".
The real point is: Are we willingly to change them? And: How can we actually change 'em? What can we possibly do? 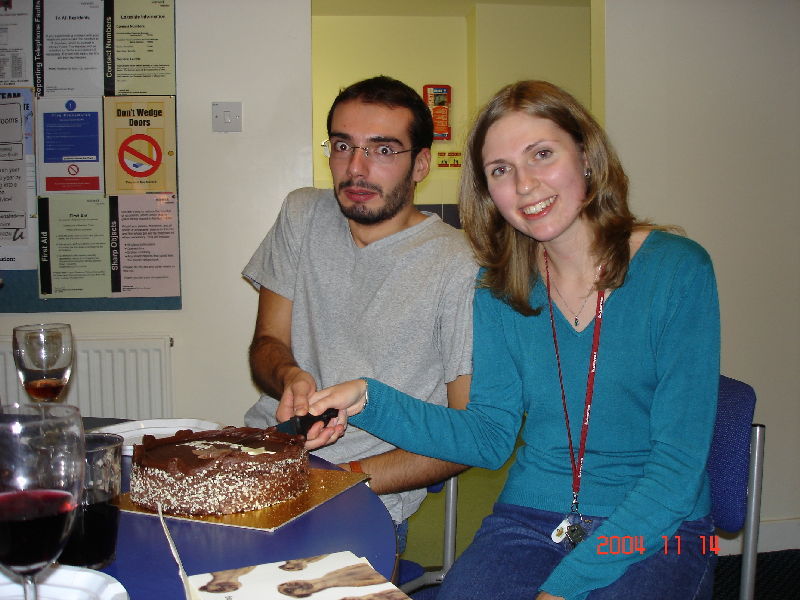 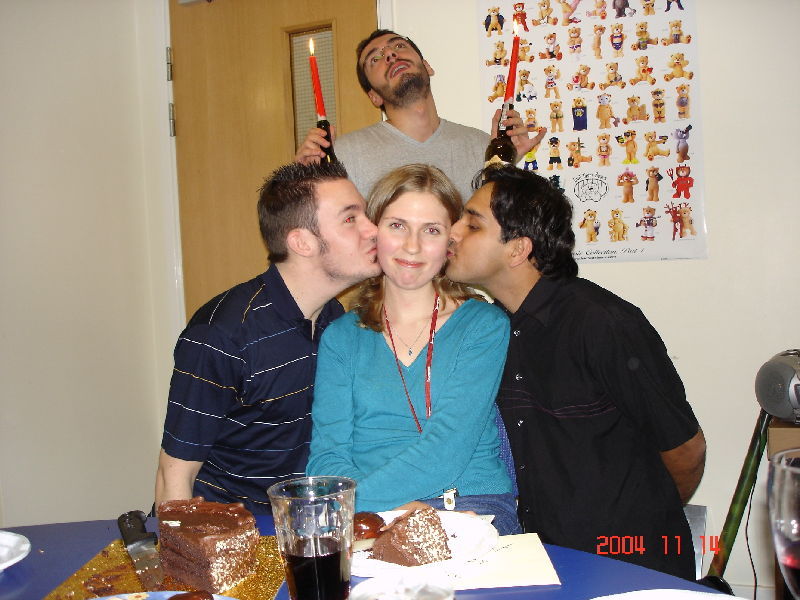 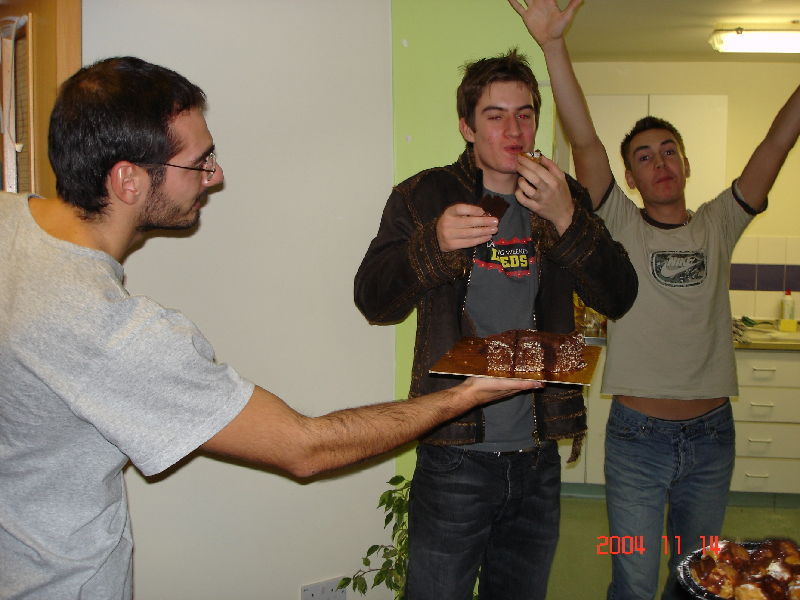 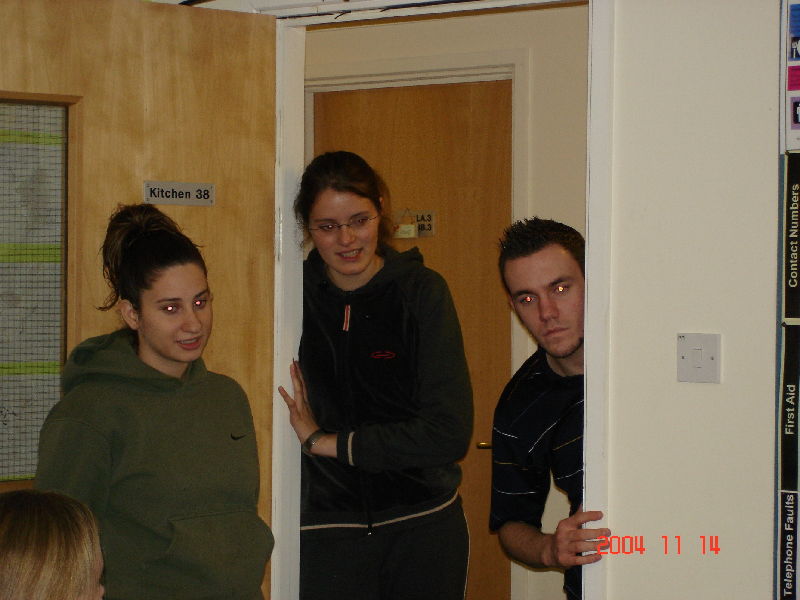 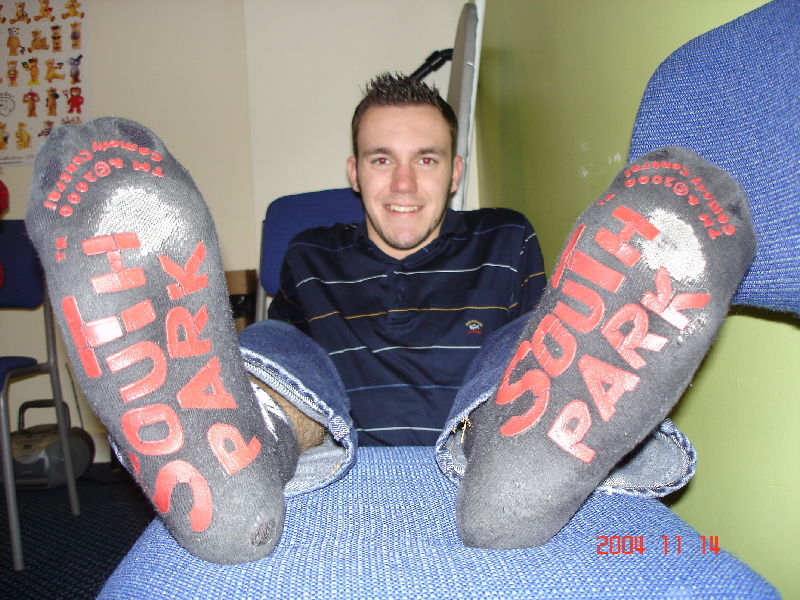 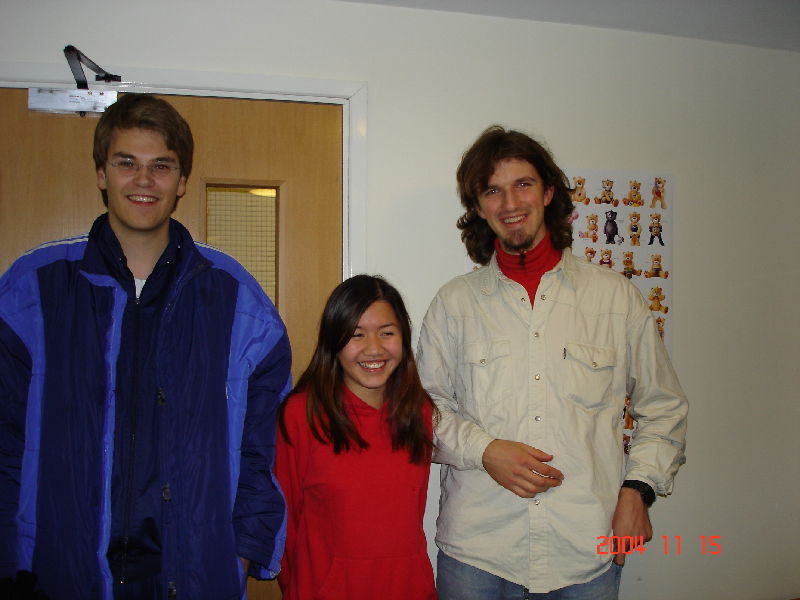 Happy birthday, Kathrine! (link)
But, to tell you the truth, apart from her birthday – an exceptional event that, accordng to her, happens rarely in one's life – today has been a bad day.
I went to bed at 5am, because I wanted to study three articles (two of them were crap). While trying to get asleep, I thought in panic: What if tomorrow morning – and, actually, in a couple of hours – there's the drill (I mean the fake fire alarm)? And then: Impossible, tomorrow is (but it was already) Sunday…
The last famous words! At 10:30am all of Lakeside has had to wake up in a hurry and get out of the warmth of their beds.
Now, after the drill, what can anybody do? It's Sunday morning, you've been in the cold air of the morning – in your p-j, you have two hours before lunch… let's take a hot shower!
Probably all of Lakeside has had the same idea, because 5 minutes after I entered the shower – when I was completely covered with soap – the hot water simply… went off.
I waited for the hot water to come back for 20 minutes, while the bathroom was (slowly, very slowly) becoming colder and colder and while the soap on my body was getting dry and sticky. Finally, I couldn't stand it anymore – I was completely frozen – and I washed away the soap with a water the temperature of which was near the 0'C.
You cannot imagine how bad this day has been, but try to think that now, just now, sitting in the IT Centre, I can still feel the soap on my legs. What a bad, bad day!

My flatmates' and friends' blogs

If their blogs are not so beautiful as mine, shame on 'em, and not on me! 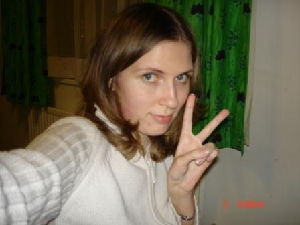 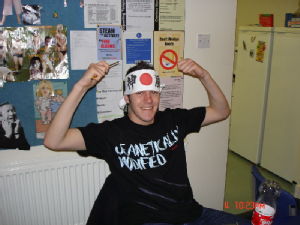 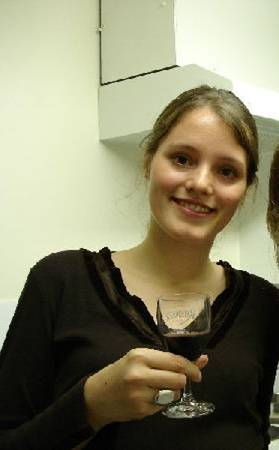 A topic that fits…

Well, it's the second day of life of my blog – and I still have no topic.
I've read other blogs, and some of them are stupid (just like mine now…), others are really interesting (just like I would like mine to be…).
Is there a topic that fits my purpose – filling the element of wantness and the element of sameness?
I'll think about it all night long, while I'm smoking my fake cigarette. Yeah, I'm trying to quit, but it's not easy job! 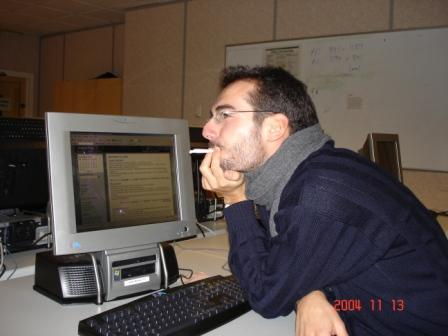 Everytime I see this movie I think: Oh God, this is never gonna finish!
And that's true, it's really a slow movie, but I like it.
The mixing of reality and un-reality is fascinating (like in "The Matrix" or "The Trouman Show").
However, the years of the Cold War are so far away that probably we cannot really appreciate this movie.
It's very funny to have a look at the high-tech of the 80s… but remember: One day someone will laugh at our high-tech!