"My" amazing park in Milan

When I left England, one of things I expected to miss the most were my long walks, often with friends, in the parks in Leamington, along the Grand Union canal and in the nearby countryside. English countryside is simply beautiful, mainly untouched by human hands and scattered around with sheep.

The countryside in Veneto, the region I come from, is much different, more humanized and used mainly for agricaltural purposes. It's not really meant for people wandering around and walking the dog.

A couple of weeks ago I moved to Milan expecting to be surrounded by houses, offices, skyscrapers, basically concrete everywhere. However, to my great surprise, I discovered an amazing park just 5 min walk from where I live. There're four lakes, woods, allotments, birds and ducks. If I really have to make a comparison with England, the only things missing are squirrels and rabbits.

The park is called 'Parco delle cave' literally 'park of the quarries'. In fact, the four lakes used to be sand and gravel quarries. 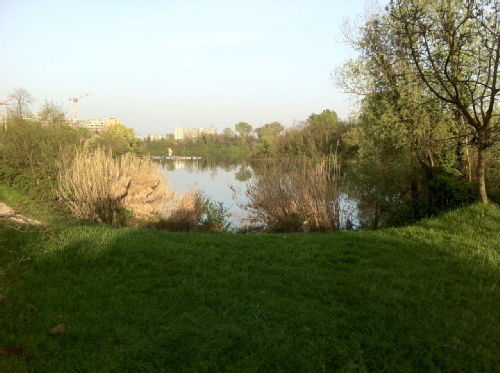 and more pictures are in the gallery....